It’s a jammy yet crisp Central Otago wine in the mould of many of the high end wines of the region. Has that ripe cherry, Cherry Ripe scent going on with whiffs of sweet earth, tobacco, tomato leaf. The palate is juicy, raspberry jammy and yet crisp on rivulets of cranberry acidity, faintly malty with barely-there oak personality, and gets some tugs and tucks from a chalky sheet of tannin. Indeed, the wine finishes long but puckering in both tang and pretty dryness. Nicely done. Real nice.

The 2014 Burn Cottage Valli Vineyard Pinot Noir is taken solely from local winemakers Grant Taylor’s Gibbston Valley vineyard (as a fruit swap arrangement) and it has impressive fragrance and silky, seductive texture. It smells of spice-dusted cherries, raspberries and red plums; there’s a good dose of bright perfume and red florals. On the palate it has a thread of toasted spices and concentrated red cherry/plum flavours. Silky from top to tail.

Beautiful blue-red appearance; quite intense. With its voluminous bouquet of cool, spicy, red and blueberry fruit flavours and a hint of menthol, this is seriously good juice. The palate is seductive with a generous and complex plushness featuring cool, crushed blue and dark red berries, supported with judicious new oak, and the finish shows satisfying length and finesse. So easy to love.

Chicago wine importer Marquis Savage fell in love with Central Otago on what was meant to be a quick tour of the region. Falling in love meant purchasing 24 hectares in the Cromwell basin, which were subsequently planted with clones specific to soil type and in accordance with biodynamic principles. Enlisted to help in this task was Ted Lemon of Littorai, who brought with him more than three decades of practical knowledge of terroir winegrowing based on experience in Burgundy, California and Oregon. Ted continues to define the path of the wines, whose reputation has justly spread far and wide - and fast. Claire Mullholland, formerly of Martinborough Vineyards and Amisfield, takes care of the day-to-day winemaking duties.
Biodynamic producer 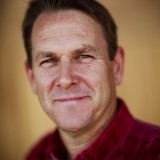 Ted's a lifelong winemaker who began his career by receiving an Oenology degree from the Université de Dijon in 1981. He worked at many prestigious estates in Burgundy: Domaine Georges Roumier; Domaine Bruno Clair; Domaine Parent; Domaine De Villaine; Domaine Delorme; and Domaine Dujac. He was the first American ever selected as winemaker and vineyard manager of a Burgundian estate, at Domaine Guy Roulot in Meursault, and remained in Burgundy until 1984. Upon returning to the US, Ted became the founding winemaker of Chateau Woltner on Howell Mountain. Since then he's been consultant to a number of prominent wineries and in the early '90s he and wife Heidi founded their own venture, Littorai, where they focus on making top-notch Pinot Noir and Chardonnay.