Pinot Noir 59%, Pinot Meunier 36%, Pinot Précoce 5%. Acidity 10.6g/L and residual sugar 9g/L. The 2013 Rosé was blended from the finest Pinot Noir and Pinot Meunier parcels with approximately 10% of the blend having been fermented in four- and five-year-old Burgundy barrels. Before tirage the team blended the base wines with 5% red wine made from Pinot Précoce to give a delicate soft pink colour and some vibrant red fruit flavours. The wine spent at least 18 months ageing on lees in the bottle before being disgorged with 8g/L dosage. Subtle and delicate in colour, this is an elegant rosé with an abundance of red fruit and fresh acidity, supported by fine toasty notes developed by ageing on lees in the bottle.

This wine has some bite, in the best possible sense. Acidity is ultra perky, it’s all red apple and white strawberry in the palate with a toothsome chomp that sits amongst the vibrant fizz of the wine. Fragrance is on point; red berries, vanilla, smoke. The wine is powerful, racy and very refreshing. The finish is so good – like a sip of fresh grapefruit juice. Those who like labels would call it ‘an excellent aperitif style’. And it is.

Rather delicate red fruit. Very crisp and zesty and super-tight. Finesse in texture and purity. Really fruity and long and zingy. I think this has more to give, given time, though I have not tasted older vintages to be able to support this expectation.

This was the year the English sparkling wine revolution began to make its mark in the Australian wine trade, with some of the Old Dart’s leading producers shipping their best wines Down Under. Hattingley’s super-pale pink bubbly is a lovely example of why so many commentators are excited about the southern UK as a premium sparkling wine region: fine, entrancing aromas of wild strawberry and hints of rosewater, delicately savoury in the mouth. The only better English sparkling I tried this year was Hattingley’s beautifully elegant 2011 Blanc de Blancs, which you may still be able to find on a couple of restaurant lists and in the odd wine shop.

From the Hampshire area, in the the south, this blend of 59% Pinot Noir, 35% Pinot Meunier and 6% Pinot Noir Precoce a mutation of Pinot Noir) is an excellent example of the quality that English sparkling wine can attain. Pale salmon pink in appearance with excellent fine mousse, the aromas are of rose, strawberry and red currants. The palate is similarly flavoured with a deliciously savoury backbone that is powerful and long. Serving this might be a useful ice breaker should your Valentine be from old Blighty. 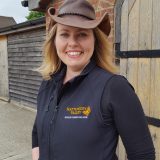