2014 followed the classic road of a late vintage accompanying a late Easter. Deep soil moisture from a traditional winter flood bolstered us against the warm summer days, as did the cooling Langhorne Creek winds. We were spared the late February rains that harried other regions in South Australia. 2014 in Langhorne Creek is heralded as offering the best Cabernet Sauvignon in over a decade.
The Shiraz and Cabernet Sauvignon are fermented separately with specific parcels included for their ability to offer greater complexity and character. Time in barrel permits a softening of the wine’s structure. It also offers a complex expression of the fruit and helps the exotic notes of spice to be discovered.
This is an intense glass of juicy and delicious red. A burst of dark primary fruit hits the palate with a compote of blueberries, blackberries and currants. These powerful fruit notes can engulf the uninitiated, but waves of spice, fresh spearmint and dried herbs can be discovered by seasoned flavour explorers.

You’d have to say that this hits the mark pretty well. It’s not too heavy, not too light, not too simple and not too complex. It offers berried flavours with licks of toast and malt, sweet spice notes humming in the background. It’s ripe and easy-to-drink; in other words, all is as it should be.

The cool climate of Langhorne Creek typifies Australia at its finest. Heartland grows and selects grapes with the most flavour per acre through careful vineyard management and years of collective expertise. The brilliant Ben Glaetzer gives focus and expression to these flavours in the winery. This results in wines of intensity, texture and balance. The Spice Trader blend and varietal reds offer delightful drinking and attractive, pure expressions of their cool-climate origins. The unique blend of Dolcetto & Lagrein captures the imagination with its freshness and intense cherry fruit. The new Director’s Cut Cabernet Sauvignon is rich and harmonious, like its multiple award-winning Shiraz counterpart. Heartland One is a sublime blend of intense Cabernet Sauvignon and lush Shiraz, creating the ultimate expression of Langhorne Creek. 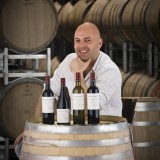 Ben Glaetzer has been making wines for over 20 years and his family history is intertwined with Australian wine making, and the Barossa Valley in particular. Indeed it was through the family connection of his uncle Johnny that Ben was introduced to the cool climate growing region of Langhorne Creek. This association has allowed Ben to explore completely new aspects of his winemaking abilities and create subtle, balanced reds with a true lightness of touch. Heartland sources all its grapes from Langhorne Creek, both from its own vines and those of old friends. The multiple awards and critical acclaim Heartland wines have attracted has been a bonus. The true pleasure is being part of one of Australia’s oldest and greatest regions and helping to showcase its great gifts to Australia and the world.