The J. Christopher Sandra Adele Pinot Noir is a cuvée named for Jay’s mother, Sandy. It is a blend of wines from two outstanding vineyards in the Dundee Hills AVA: Abbey Ridge and Charlie’s Vineyard. Simply gorgeous, this is both dark and bright in the aroma, intense and delicate on the palate. As is typical of this cuvée, it combines an earthy depth with an ethereal, floral lightness. It is delicate and fine, with the firm juicy acidity of the vintage, and a long, captivating finish.

Ernst Loosen is known for one of the wine world’s greatest contributions to the Riesling cause. Less well known is his devotion to Pinot Noir, which he’s been growing since 1996 at his Pfalz winery Villa Wolf. In 2004 he hosted a young Oregon Pinot producer named Jay Somers for harvest in the Mosel. That planted the seed for Erni’s own adventures in Oregon Pinot Noir, which led to Erni building a winery and planting a vineyard in the northern Willamette Valley, in the Chehalem Mountains AVA. The winery specialises in Pinot Noir made using the traditional methods of Burgundy, including biodynamic practices in the vineyard. These wines are handcrafted in small batches and are sourced from some of the best vineyards in Oregon. 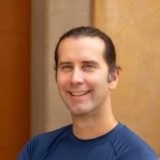 Tim had been elbow-deep in J. Christopher wines for years before working his way up to the chief winemaker role in 2020. A native New Yorker, he sold J. Christopher wines for a high-end East Coast distributor before Erni Loosen lured him west in 2006 with an offer of harvest work and learning opportunities. Over the next couple of years, Tim learned from some of the best, including Cameron Winery in Dundee and Flowers Vineyards & Winery in Sonoma, before joining J. Christopher full time as assistant winemaker.
Tim helped drive every aspect of the estate's winemaking from 2008 until 2015, when he left to focus on his own label, Timothy Malone Wines. Happily, he was enticed back as head winemaker in 2020 and immediately set about raising the J. Christopher bar in every regard.