Disgorged in July 2018 with three grams per liter dosage, the latest rendition of Sélèque's NV Extra Brut Solessence—based on the 2016 vintage—offers up a pretty bouquet of yellow apples, fino sherry, dried white flowers, blanched almonds and fresh peach. On the palate, it's medium to full-bodied, broad and vinous, its spine of acidity much better cloaked in fleshy fruit and chalky structuring extract than was the case with the somewhat angular February 2018 disgorgement, concluding with a long and sapid finish.

CellarHand had long been on a fruitless hunt for another top-flight grower Champagne to complement the outstanding Jacquesson wines in our portfolio. What a blessing, then, to chance upon the superb wares of Jean-Marc & Oriane Sélèque during a trip to the region in late 2017. Jean-Marc Sélèque’s grandfather Henri planted his first vines in Pierry in 1965, a tradition taken up when father Richard began bottling his grower Champagne in the ‘70s. Jean-Marc himself took over duties in 2008 and began transforming this into the very model of a top-flight grower it is today. Viticulture is organic (not certified) to preserve a living and varied ecosystem and make the vines more autonomous and resistant. There is a highly qualified team of five people throughout the year to perfect the work in the vineyard, which includes ploughing soil, strict pruning and cover-cropping to promote the rooting of the vine and microbial life. Under Jean-Marc, the estate has been renamed and the range redefined, while the completion of the new cellar in 2015 is a further statement of intent. Pierry itself is a premier cru village just outside Épernay, known (and increasingly so, with Jean-Marc as flag-bearer) as prime terroir for distinguished Meunier. A further six villages within a tiny radius account for the rest of the fruit. These are: Moussy and Épernay (situated, like Pierry, on the Coteaux Sud d’Épernay); Dizy, Mardeuil and Boursault in the Vallée de la Marne; and Vertus in the Côte des Blancs. 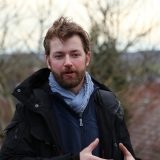