From a "spectacularly unspectacular place," says Roland Velich of Lutzmannsburg, from where a wine of such class and distinction should by rights have arisen. This wine represents a selection made from the oldest vines. The Lutzmannsburger plateau arose on top of a primordial volcano, and here the landscape encompasses a variety of soils: sand, clay and loam, in part lying above limestone subsoils. These confer an incomparably unique expression upon the Blaufränkisch, which manifests Itself ideally in this wine. This wine has been harvested from ten separate parcels, all picked and fermented separately. After ten months élevage in casks, the initial blend is made, upon which the wine enjoys an additional twelve months in the barrel.
60-100+ year old vines. 17 hectolitres per hectare yield. 23-28 days maceration, spontaneous fermentation in open fermenters and wooden vats. 24 months élevage in 500-4000 litre casks. No fining. No filtration. No additives, except tiny quantities of sulphites. As a result of that, all of the Moric wines are vegan.

The 2017 Blaufränkisch Burgenland Lutzmannsburg Alte Reben is deep, intense, fresh and floral on the concentrated and spicy nose that is dominated by dark berry, sour cherry and herbal aromas, with a subtle saline aroma that is a kind of typical for the Moric red wines from limestone, namely from Lutzmannsburg. With time, elderflowers and dark cherry emerge along with notes of pure raw beef, iron, tea, redcurrant and floral notes from lavender and cress blossoms. It is fresh and silky on the palate, with fleshy, concentrated and chewy fruit and an enormous finish that reveals concentration as well as mineral freshness and limestone purity intertwined with ripe and crumbly tannins. This is a fascinating, pure and refreshing wine that will turn out to be one of the greatest in the history of Moric. Bottled in September 2019 and tasted in June 2020. 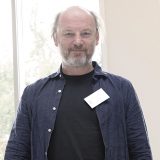