The Côte du Py is the most revered climat of Morgon, which itself is generally regarded as one of the two greatest of the 10 crus of Beaujolais. The climat runs to about 180ha, of which the estate owns 9.2ha. The average age of Piron's vines is around 55-60 years.
The sloped vineyard takes in all aspects but Dominique Piron's vines mainly face east and southeast. Typically for Beaujolais, vines are planted with 10,000 vines per hectare (1m x 1m) and are pruned in gobelet.
Most of the Côte du Py is composed of what geologists call “blue stones”. This was created between 400 and 360 million years ago, so it's much older than the granite here. Stones are generally blue but sometimes pink or red. These soils are full of magnesium and not as acid as granite, with more clay content, meaning they're richer and can keep more humidity. Sometimes they're called “schistes” because in some places the rocks have been compressed and are more “flattened”.
Blue-stone terroirs produce great wines with Gamay. They're stronger and more powerful, but also complex and mineral. Other blue stone terroirs in Beaujolais are found in Côte de Brouilly and Juliénas, and makes wines which can be kept for 20 to 30 years.
The domaine destems the bunches and gives extended maceration with pumpovers and plunging, Macerations can last three weeks at controlled temperatures.
The wine is mostly aged in concrete and stainless steel but with 25% going into young French oak barrels. After one year, the different parts are selected carefully and blended together. Then the wine spends one more year in bottle before being sold.

This deep, complex Morgon needs some further maturation or aeration to reveal its spicy, dried-herb and mineral depths. Excellent balance of these elements with fine tannins and a medium-full body. Long, complex finish, in which the tannins and mineral acidity are beautifully intertwined. Drinkable now, but better from 2022.

Dominique Piron’s family history in Beaujolais spans more than four centuries, with his oldest known ancestor born in Morgon in 1590. Since then, there have been 14 generations of winegrowers in the family. Dominique seeks to create characterful terroir wines that are fruity, subtle and elegant from his sloping vineyards of fragmented granite and schist. These are wines that showed us what we’d long been looking for from Beaujolais but had almost given up hope of finding. They display extraordinary depth, freshness and verve, with real terroir-specific differences between the various crus. Morgon wines tend to be racy and elegant, and always have a slight hint of black cherry, bright spicy notes and great structure, which lends them great ageing potential. Dominique also makes wines from six other Beaujolais crus, alongside his excellent Beaujolais-Villages, sparkling and still Chardonnay and fresh, crunchy Gamay rosé. 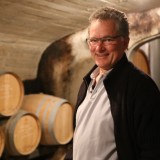 “[Dominique Piron] has been one of the architects of the revival of Morgon, tackling with boundless energy the expression of wines of terroir, vinified in the pure tradition of Beaujolais,” declared Le Guide des Meilleurs Vins de France. And there it is; Beaujolais flows through this man's veins. Dominique Piron’s oldest known ancestor was born in Morgon in 1590. Since then, there have been 14 generations of winegrowers in the family. His own wine knowhow dates back 40 years. His philosophy revolves around sustainable winegrowing, observing the watchwords of natural balance and biodiversity as he works land strewn with broken-down granite and schist.