The vines for Piron's Beaujolais-Villages surround the crus on the hills of the northern half of Beaujolais. They mostly have an east-facing exposition and have sandy granitic soils comprising small stones that store the sun's heat and then release it gently during the night. This helps conserve the natural freshness of the fruit. These vines at 50 years old on average.
100% Gamay grapes are harvested by hand, selected on a sorting table, and given a very gentle destemming (80% of the bunches) before fermentation takes place in cement and stainless steel. The fermentation never lasts longer than 8-10 days in order to preserve freshness. When the cuvées are chosen for the final blend, wines with juicy fruit, complexity and fine structure go to the Beaujolais-Villages as opposed to the simpler straight Beaujolais.

Graphite and pomegranate and wild night-jasmine, bosky fragrance. Particularly fine tannin texture, like a flute whittled out of olive wood and polished to a silky sheen. The fruit, dark red and sculpted, has startling purity for a Beaujolais-Villages. Clean, long, evening-breeze-fresh, graphite-lined finish. Very good value.

Such a generous and expressive wine for this humble appellation with plenty of violet and herbal aromas and healthy tannins. Ripe black cherries on the mid-palate and a lively mineral finish that pulls you back for more of this beautifully crafted red. Drink or hold.

The Piron family's history in Beaujolais spans more than four centuries, with its oldest known forebear born in Morgon in 1590. Since then, there have been 14 generations of winegrowers in the family. The domaine joined the portfolio with Dominique Piron in charge alongside Lantignié-born Julien Revillon. Together they realised a goal of raising characterful terroir wines that are fruity, subtle and elegant from sloping vineyards of fragmented granite and schist. They display depth, freshness and verve, with terroir-specific differences between the various crus - and Maison Piron's holdings across the best vineyards are second to none. 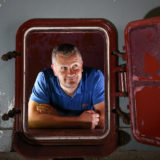 Julien Revillon was born in Lantignié, the village tipped to become the 11th cru of Beaujolais. He traces his vigneron vocation through family roots as winegrowers in Saint-Amour, his sommelier uncle as well as his grandfather, a starred chef in Belleville in the 1970s. Julien returned to the vineyards after a detour in finance where he looked after, of course, the accounts of winegrowers. After working at Jean-Luc Colombo in Cornas, he wanted to get even closer to his Beaujolais origins. In 2013, he joined forces with 14th-generation grower Dominique Piron. Their shared vision ensured that these wines celebrated the myriad charms of Gamay and the nuanced soils of the region's best vineyards. With Julien at the helm, this estate honours tradition alongside an open-minded dynamism that ensures it delivers all the joys of Beaujolais to its worldwide fans.