The Trait-d-Union is a group of six Champagne growers that include some of the greatest names in artisanal wines from this blessed region. This visit is only the second time that the Trait-d-Union has ventured outside of France and it is the first time that the group has held events outside of Europe. The
Trait-d-Union, comprising Jacquesson, Egly-Ouriet, Jacques Selosse, Larmandier-Bernier, Roger Coulon and La Closerie, will host dinners and tastings in Canberra, Sydney and Melbourne at which they’ll show off the world’s finest sparkling wines and share their philosophy on terroir & culture. 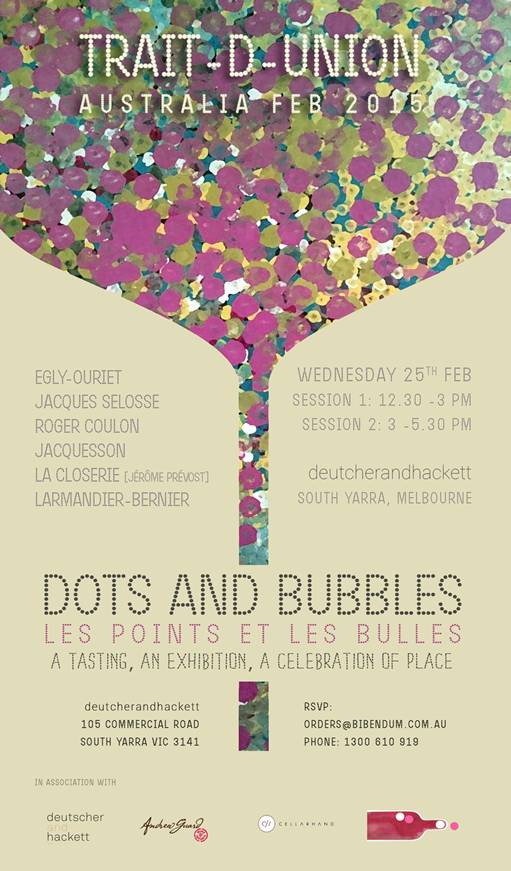