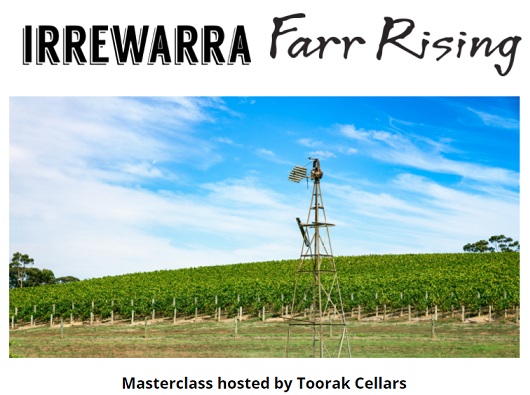 Get down to Toorak Cellars and immerse yourself in the stunning wines of Nick Farr. Nick’s right hand man, Joel Carey, will be hosting the masterclass which will feature four Farr Rising drops – a Saignee Rosé , Chardonnay, Pinot Noir and Shiraz – as well as a Chardonnay and a Pinot Noir from Nick’s new Irrewarra project.
Nick’s creations have received a great deal of critical acclaim, both in Australia and overseas. He says of his wines – “The wines we make are not mainstream- ​they are expressions of our vineyard, our land and what we like to drink. That is what we promise to deliver.”