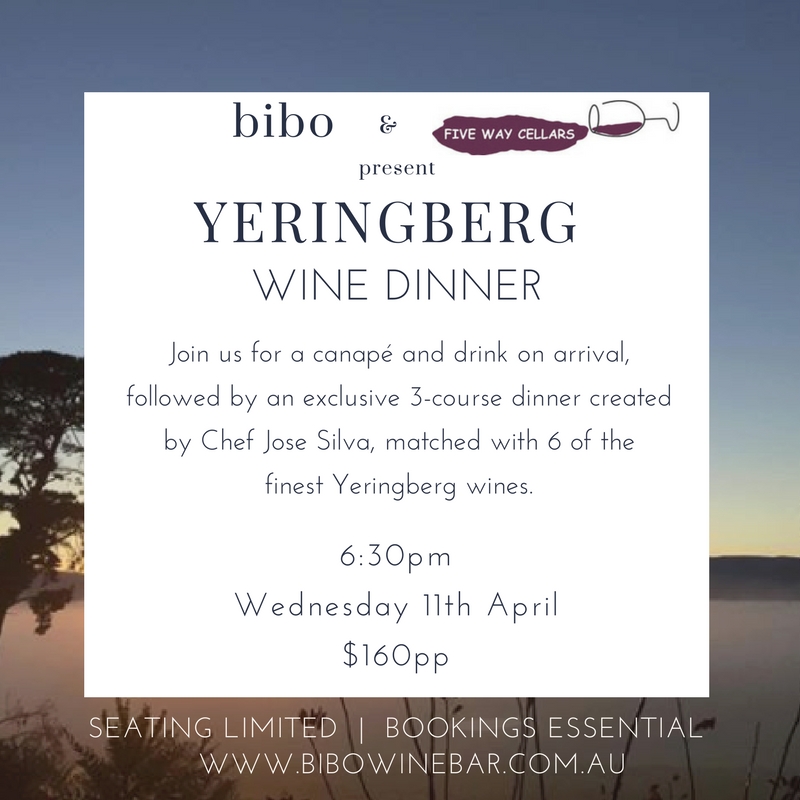 Bibo sommelier Louella Mathews and chef Jose Silva team up to serve up a three-course dinner paired with a suite of superb wines from host Sandra de Pury of Yeringberg.
It’s a great opportunity to be among the first to Sandra’s new-release reds from the spectacular 2015 vintage in the Yarra Valley, as well as special museum-release wines.