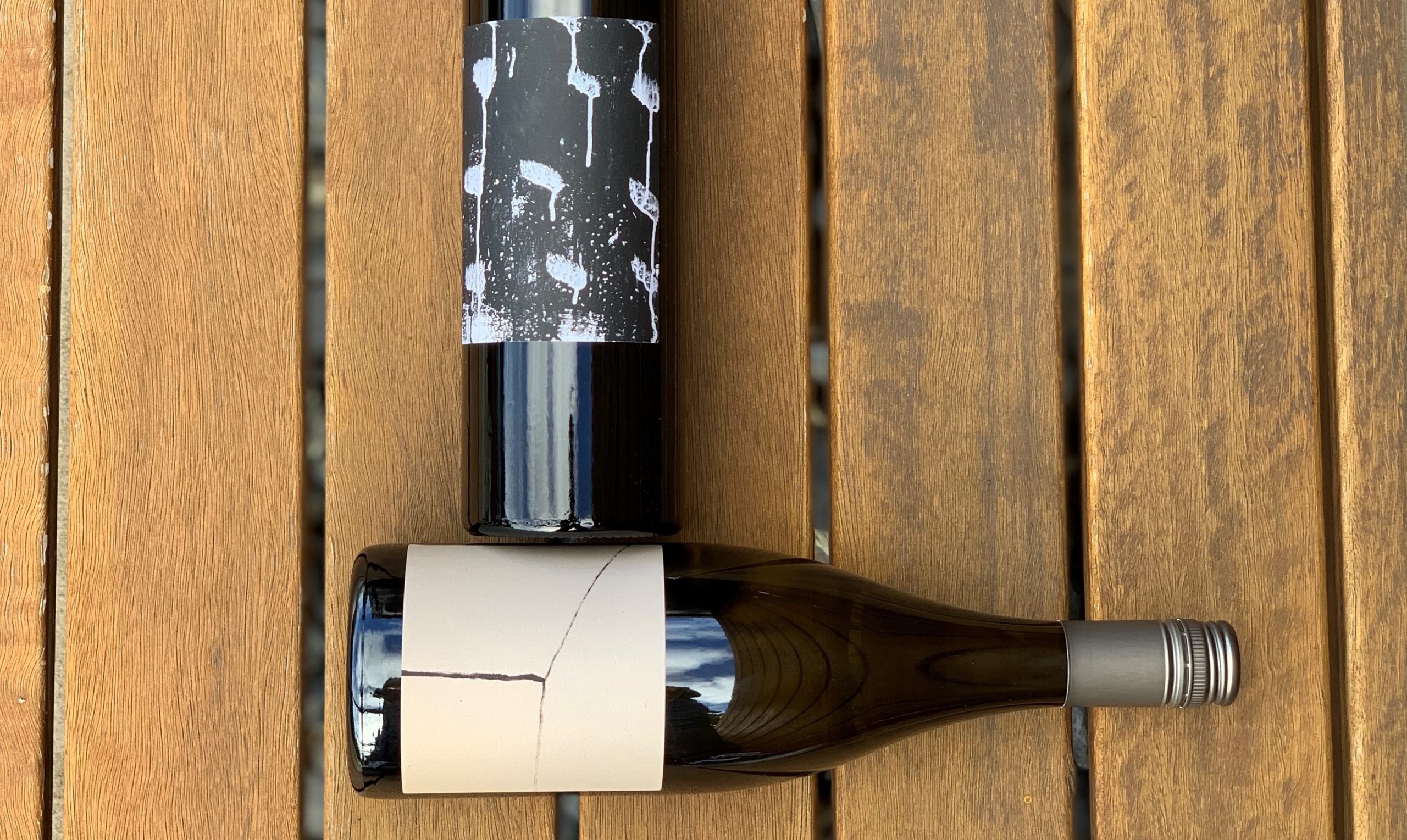 Here we go: SV release no.6. Julian’s lucky number, apparently – and couldn’t we all do with a little luck right now?
Well, we’re fortunate to have these. As you know, Nocturne comprises two wine ranges. The latest sub-regional (‘SR’) releases (which are, to quote their authors, “epic”) arrived in spring 2021. And as is traditional, we kick off the New Year with the top dogs: Single-vineyard Chardonnay and Cabernet Sauvignon. The SV Sheoak Cabernet Sauvignon and SV Tassell Park Chardonnay remain, as ever, awesome expressions of the best sites in Margaret River.
Lamentably, these arrive in particularly minuscule quantities.
“The Chardonnay and Cabernet releases this year are from 2020 which was a weird grape growing year,” says Julian. “Warmer than 2019 or 2017 which were cool, but these retain great elegance and class with beautifully expressive fruit characters and ripe tannins on the Cabernet.”

*2020 Nocturne SV Chardonnay Tassell Park Vineyard RRP $54
This wine is awesome in every way which also makes it a little sad as we have next to none. 2.6 tonnes was all that was picked and this resulted in two puncheons and one barrique of SV Chardonnay. Even sadder, there is bugger-all – like, none – in 2021 due to a nasty rain event that made us cry. As such don’t waste a second getting stuck in!
The fruit as always is from a single site, the Tassell Park Vineyard in the Treeton sub-region of Margaret River. This tiny 0.37-hectare vineyard is unusual in that it’s interplanted with both the classic WA Gin Gin clone and the burgundian 277 clone. The Gin Gin affords great fruit weight and texture while the 277 has great acidity and mineral line. The vineyard faces south and is planted on deep silver-grey sands. The picking date is generally late but this year was an exception due to the exceptionally low crops. The fruit was duly picked in the middle of Chardonnay harvest.
The grapes were handpicked on 9th February; an entire month earlier than 2019. They were whole bunch-pressed directly to barrel, with no settling or fining processes. This juice was then carefully monitored and spontaneous fermentation kicked off on day three after pressing. After a three-week ferment the wine remained unsulphured on gross lees until September of that year. In December the wine was emptied from barrel, settled, filtered and bottled.
It’s a unique and spectacular site this one, making unique and spectacular white wines. We love this wine for all its flint, funk and sea breeze dreams while being quite powerful and structured. Chewy and juicy with characters of grilled limes and hopes and dreams. This is a Chardonnay for people that have imagination and a penchant for being epic.

Bit of sulphur, cashew, spice, lime and apple. Juicy but tight, a sour pineapple, not exactly a rich style, but does have flavour. A little gloss, some flinty grip, with good length and tang to close. Modern style. Better in another year or two I’d say. 93+ points. Gary Walsh, The Wine Front January 2022

*2020 Nocturne SV Cabernet Sauvignon Sheoak Vineyard RRP $54
2020 was – in so many ways – a bit of a prick but in the Yallingup Hills at the lovely Sheoak Vineyard we kept it real , kept it clean, kept our distance from one and other and made it epic.
We commenced picking Sheoak Cabernet on 27th March and from the moment the fruit hit the fermenter it looked destined to be a classic. Instantly perfumed and richly coloured, the wine spent 14 days on skins with a peak fermentation temperature of around 28˚C. The wine was pressed to tank and settled briefly before being transferred to a combination of new (25%), two- and three-year-old barrels to undergo malolactic fermentation. The wine was racked only once in this time and, after 18 months in oak, was emptied from barrel. 100% Cabernet from this 100% this great site.
The Sheoak vineyard makes expressive, medium-bodied, silkily structured wines. Dark-fruit flavours and high notes of cassis and warm spice frame this slightly more brooding release of the Nocturne SV. While it’s amazingly accessible on release, this wine would love three to six years’ further maturation to really make it shine.

2021 Nocturne ‘SR’ Sangiovese Nebbiolo Rosé Carbunup, Margaret River RRP $32
2021. It rained a lot, it upset Julian a lot at the time! However, what’s not upsetting is how this wine has turned out. Light, fine and expressive but with phenolic crunch and freshness which is very grown up. At 74% Sangiovese is the hero of this wine, backed up with 17% barrel-fermented Nebbiolo. Then we chucked in 9% Tempranillo, too. Not sure why – just had it and it worked – and, as in the past, don’t tell anyone as it hasn’t made the label but it helped make the wine!
This wine is fine, ethereally light and delicious – so much so that you need to remind yourself it’s not just exceptionally tasty spring water.
The fruit comes from the sub-region of Carbunup in Margaret River, with the sites being relatively flat and warm with fertile, red sandy soils. The Sangiovese was harvested on 7th March and the Nebbiolo just behind it on 11th – a couple of weeks earlier than the previous year.
The Sangiovese was simply destemmed, chilled and pressed using only the free-run fraction of the juice. It was then fermented at moderate temperatures using, as always, indigenous yeasts only. It was then matured on gross lees for three months post-fermentation to add additional texture. The Nebbiolo was handpicked and, after chilling, the fruit was whole bunch-pressed directly to old oak for fermentation. Fermentation took close to six weeks and the wine received a further eight weeks’ maturation in barrel. At this stage the final blend between Sangiovese and Nebbiolo was decided, and the wine was emptied from tank/barrel, settled, filtered, sulphured and bottled on 1st July.
This wine is, in keeping with the theme of SR3, epic. The texture and acid structure are impeccable but it’s all about extreme drinkability. Those who miss out on a magnum of this for their summer “A” list super yacht regattas hold their vinous credentials cheap. It is, as always, a pale salmon dream. xxx – Julian & Alana Langworthy

Spicy, peppery, dried herb and floral perfume, white cherry and pink grapefruit. It’s dry with a grainy and chalky grip, subtle but engaging flavour profile, a coolness to acidity, and a dusty finish of crunch and excellent length, a little amaro tang in the aftertaste. Texture is a highlight in this high cheekboned style of rosato. 93 points. Gary Walsh, The Wine Front August 2021

2020 Nocturne ‘SR’ Cabernets Yallingup, Margaret River RRP $36
Yallingup is our stomping ground and where the world’s greatest Cabernet and Cabernet blends are being grown! It’s deliciously warm but never hot, with the amazing dual influence of the Indian Ocean and Geographe Bay. For this year’s Cabernets we have again used our own beloved Sheoak Cabernet and added some of our neighbour’s Merlot from the Simpson property, with which we’re lucky enough to share the amazing valley. The final player again is a slinky little parcel of Malbec.
In the throes of a global pandemic, sometimes shit still goes right. My opinion of the 2020 vintage for Margaret River Cabernet is a little mixed – and that’s because (in my opinion) some people rushed to pick vineyards somewhat early. In the Yallingup Hills we enjoyed a lovely warm March – not too hot, not too cold and importantly largely dry – allowing fruit to be picked at its zenith.
We started picking Sheoak Cabernet on 27th March and from the moment the fruit hit the fermenter it looked destined to be a classic. Instantly perfumed and richly coloured, the wine spent 14 days on skins with a peak fermentation temperature around 28˚C. The wine was pressed to tank and settled briefly, before being transferred to a combination of new (25%) and two and three-year-old barrels to undergo malolactic fermentation. The wine was only racked once in this time and, after 14 months in oak, was emptied from barrel. At this juncture we decided the final makeup, which is 72% Cabernet Sauvignon 15 % Merlot and 13% Malbec. These wines were then settled together clarified and bottled.
Cabernet is King and long will it reign in our eyes. This is our favourite Nocturne Cabernets yet with epic drinkability yet huge complexity and verve. If Ernest Hemingway were still alive, he’d be pouring this in by the bucketful. A cassis-laden dream if you will. – Julian & Alana Langworthy