Last year’s label change freshened up the face of Chalmers to reflect the bright personality and vibrancy of the family, their wines and their approach to grape-growing. The first two of these new-look wines to roll vintage are the Vermentino and Rosato, both skipping gaily onto 2019 at the same time.
As climate-change awareness grows and curiosity draws more and more people towards these lesser-known varieties, Chalmers becomes as important a name on the wine scene as it has long been in the real of viticulture.
They’ve put each of these varieties, and many more, under the microscope. They’ve asked themselves time and again what they need in the vineyard and winery, and what they offer to the contemporary consumer. They’ve shifted to organic viticulture while homing in on the very finest blocks for their own fruit sources. They’ve finessed the wines and refined their offering. To take full advantage of this process of perfectionism, they’ve seized the reins on the production side, building a winery and handing the winemaking mantle to Kim’s charming and talented husband, Bart Van Olphen. 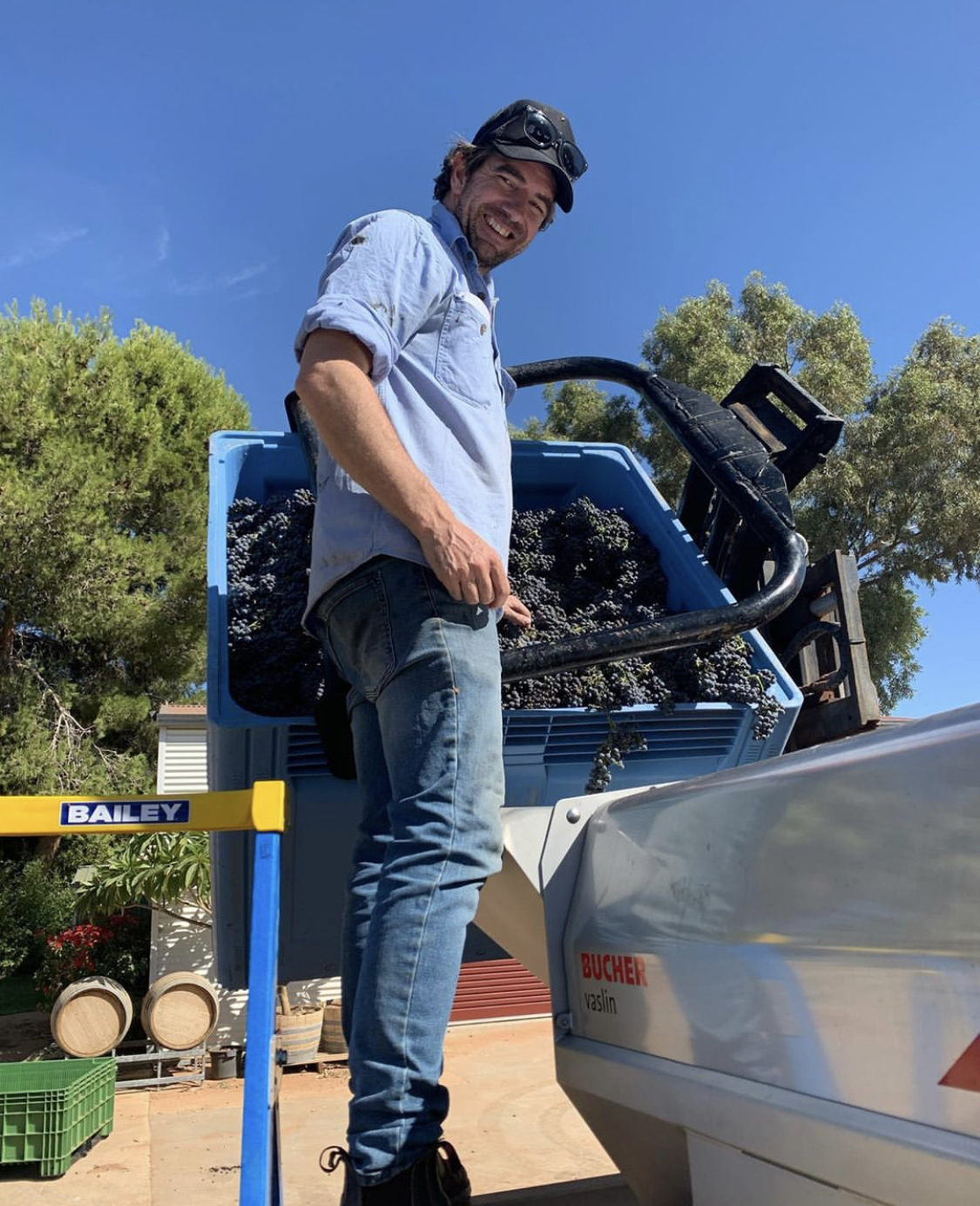 2016 Chalmers Felicitas RRP $43
100% Fiano grown at an elevation of 150-170m on the red Cambrian soils of the family’s vineyard in Heathcote. Picked on 2nd February 2016. Handpicked fruit was pressed as whole bunches before traditional-method vinification with 27 months on lees. Zero dosage at bottling. Vegan friendly.
The wine is perfumed, elegant and refreshing, with notes of daffodil, nougat and crunchy peach.
Fiano vines imported by Chalmers in 2001.
First Fiano produced by Chalmers 2013.

“An unusual sparkler made from fiano and lees aged for 27 months. Pale and fragrant, with aromas of figs, stone fruit and nougat, it’s appealing, clean and appetising. A foaming mouthfeel and soft mid-palate are enhanced by a crisp tang and a light drying grip on the finish. Crown seal; 12.5 per cent alcohol. 90 points.” Ralph Kyte-Powell, Sydney Morning Herald

“Chalmers Fiano from Heathcote is quite concentrated with a nose reminiscent of lemon tart, almond, yeastiness, and subtle hints of herbs like aniseed. It has rich intensity, with tangy balance of lingering ripe flavours that hint slightly at sweetness, counterpointed by lip-smacking acidity. Delicious. 92 points.” Ralph Kyte-Powell, Sydney Morning Herald

2019 Chalmers Rosato RRP $27
Handpicked from the Chalmers Heathcote vineyard on soils of ironstone, colerite, green basalt and quartz, at an altitude of 210-225m. This blend of 73% Aglianico, 14% Sagrantino and 13% Nero d’Avola is whole bunch-pressed and wild fermented in stainless steel. The Aglianico is aged in old barrique and the Nero d’Avola and Sagrantino in stainless steel. Six months on lees. No acid adds. Vegan friendly.
Vines imported by Chalmers in 2000 and 2001.
First Rosato produced by Chalmers in 2009.

2018 Chalmers Lambrusco RRP $43
100% Lambrusco Maestri from the Chalmers Vineyard in Heathcote, where these vines grow at 150-170m on red Cambrian soils. The grapes are handpicked before traditional-method fermentation. The wine spends nine months on lees and is given 4g/L dosage at disgorgement. Vegan friendly.
Made in a dry, aperitif style, this vibrant wine displays notes of violets, blackcurrant and spice, with a slight but affirming tannic grip.
Lambrusco Maestri vines imported by Chalmers in 2001.
First sparkling Lambrusco produced by Chalmers 2012.

2016 Chalmers Aglianico RRP $43
From the highest part of the Chalmers Heathcote vineyard where Aglianico plantings are established atop the Mt Camel ridge at 225m elevation, in rocky Cambrian terrain. Handpicked, wild fermented as whole berries, then basket pressed prior to aging in chestnut botte. Unfined, unfiltered. Vegan friendly.
The wine has lovely lavender, plum and cocoa notes, with fine building tannin.
Aglianico vines imported by Chalmers in 2001.
First Aglianico produced by Chalmers in 2004.

“Excellent. It’s a wine of gravity and presence. It tastes of bright berries, florals and leathers and and when it says goodbye it shakes your hand firmly. It’s not heavy but it means business. 95 points.” Campbell Mattinson, Halliday Wine Companion

The aroma and flavour of pure, rich prune and crushed, woodsy spices. It’s soft, mouthfilling, well-balanced and exceptionally easy to drink. It’s a curio, but a good one. The word ‘pure’ should be emphasised. 375ml. 93 points. Campbell Mattinson, Halliday Wine Companion 2020 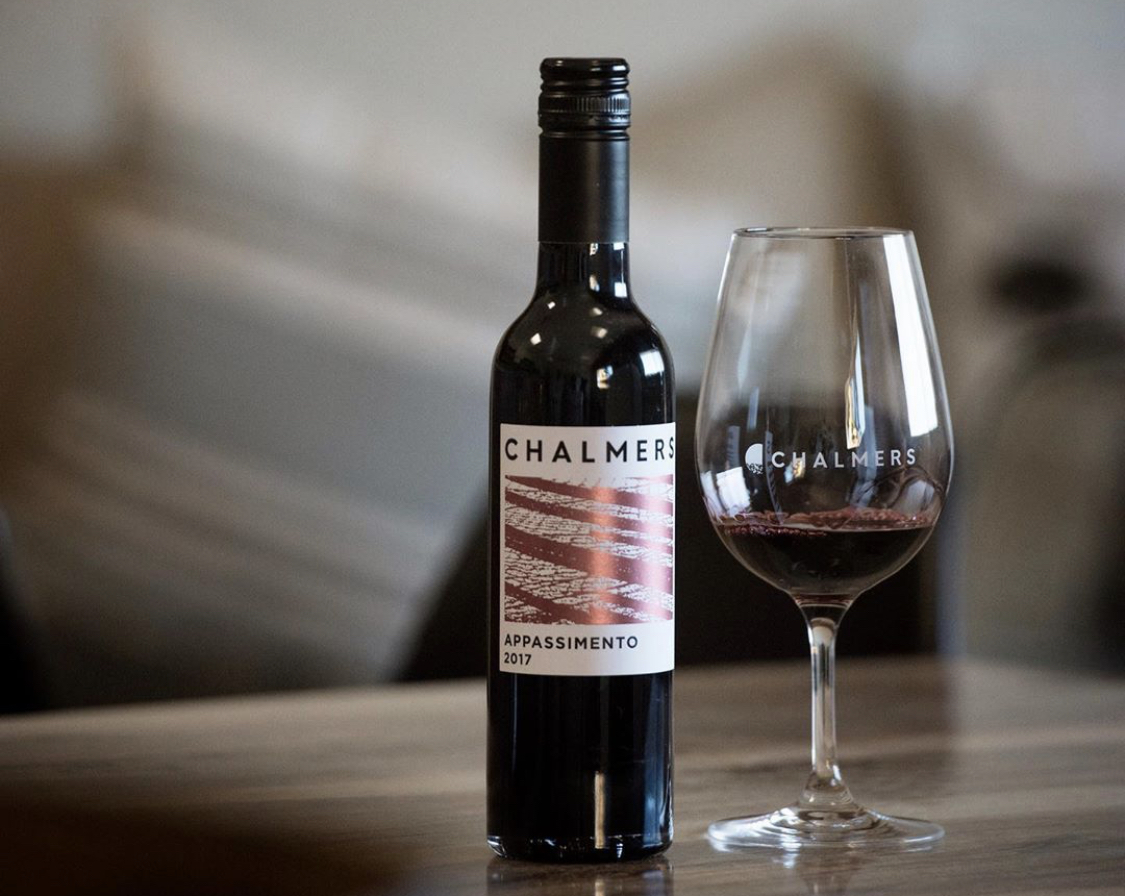