“Chardonnay lovers will enjoy them virtually from the get-go,” wrote Antonio Galloni of Vinous Media of the Chablis wines of 2013. “Many wines are opulent and open-knit in the early going, with highly expressive aromatics,” he went on to say, adding that many growers reckoned the fruits of this vintage “more minerally than their 2012s”.
It’d be wrong to paint is as plain-sailing, though. Some beautiful sunny summer days and a fine spell in late September were interrupted by smatterings of thunder, cold and rain.
But since when was grapegrowing a cakewalk in Chablis?
Guillaume Gicqueau-Michel openly confesses to spending some of it “plagued with doubt and scepticism”. It was a vintage for fastidious, skilful growers – a category into which Louis Michel unquestionably falls.
Clive Coates MW calls it “a brilliant, consistent estate”, while the authors of The Wine of Chablis see the same dependability. “The domaine, in our view one of the finest in Chablis, has produced superlative wines year-in, year-out,” write Austen Biss and Owen Smith.
Viticultural excellence is matched with sure-footedness in the cellar. With not an oak barrel in sight, these tank-fermented and -matured bottlings are, according to Tim Atkin, “some of the cleanest, freshest wines in Chablis”. Trusty and adept, it has come to be the very definition of a classic style, singled out as such by none other than the Oxford Companion to Wine. “Those who favour stainless steel want the purest flavour of Chablis, with the firm streak of acidity and the mineral quality that the French describe as goût de pierre à fusil, or gunflint,” writes Jancis Robinson. “Louis Michel’s is generally considered to be the epitome of this style.”
“2013 is a vintage for genuine winemakers,” concludes Guillaume Gicqueau-Michel. “Yields are certainly lower in comparison with the last few years; but careful vineyard work and optimum surveillance of fruit ripeness brought excellent quality to those who were able to exercise patience.”
We’re pleased to present this terrific spread of premiers and grands crus from the 2013 vintage. 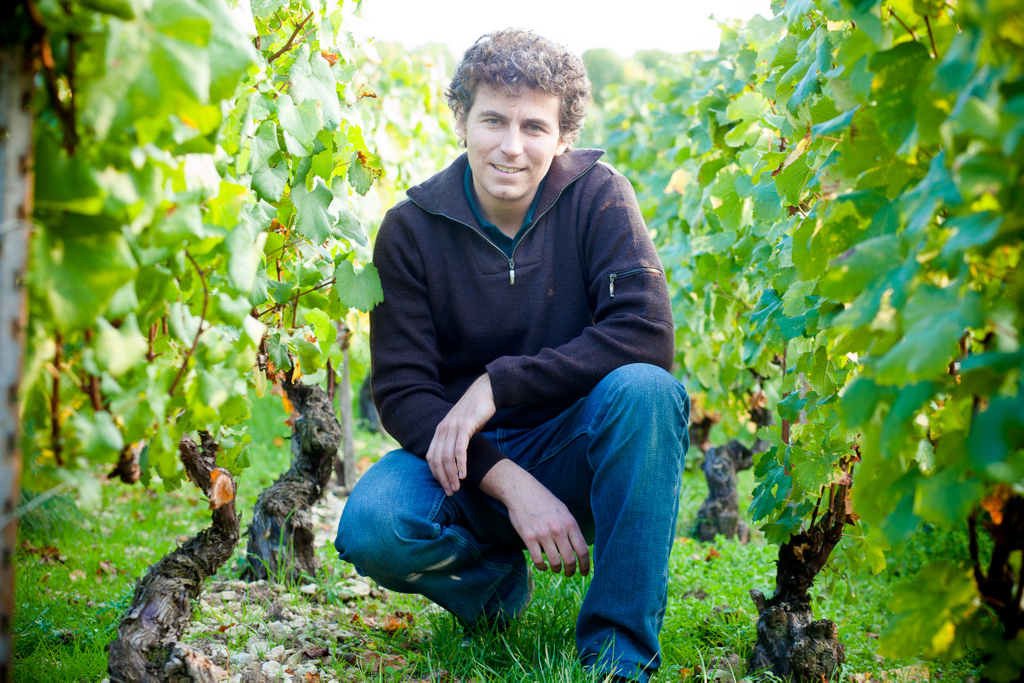 2013 Louis Michel Chablis 1er Cru Forêts RRP $62
The 2013 Chablis Forêts is a little richer and more powerful than the Montmains owing to the slightly warmer microclimate. At the same time, the heavy presence of limestone in these soils yields a wine with bright, saline-infused minerality and considerable steely tension. 90-92 points. Antonio Galloni, Vinous Media August 2014

Here too there are notes of mineral reduction on the rather fruity citrus, apple and algae suffused nose. The generous yet refined medium-bodied flavors possess good mid-palate concentration as well as a lovely bead of minerality that continues onto the clean, refreshing, dry and saline finish. This isn’t quite as refined as the Montmains but it compensates by displaying a bit more minerality and persistence. 89 points. Allen Meadows, Burghound.com October 2015

Michel’s 2013 Chablis Butteaux is all about finesse. Wonderfully layered, supple and expressive in the glass, the 2013 impresses for its transparency and pure nuance. The silky, layered finish makes it hard to resist a second taste.90-92 points. Antonio Galloni, Vinous Media August 2014

2013 Chablis “Butteaux”: The mineral reduction character is stronger and largely if not completely pushes the elegant if slightly exotic white flower and tidal pool aromas to the background. This is unusually refined for Butteaux with its caressing and tender middle weight flavors that possess fine complexity, punch and persistence on the understated and relatively dry finish. This is a lovely effort that should drink well young but reward medium-term aging as well. 90 points. Allen Meadows, Burghound.com October 2015

(from vines between 35 and 50 years of age evenly divided between parcels of Mélinots, Châtains and Roncières). While there is good freshness here the almost mute nose requires a good deal of swirling to reveal the floral, pear and apple aromas that exhibit a top note of mineral reduction. The medium weight flavors possess that wonderful element of inner mouth perfume along with subtle minerality before terminating in a saline, detailed and lingering finish that tightens up quickly. 90 points. Allen Meadows, Burghound.com October 2015

This is really quite pretty with its softly citrus-inflected nose of floral, algae and quinine water though once again it is restrained to the point of being all but mute. The medium-bodied flavors are equally attractive with a refined mouth feel and solid delineation before culminating in a spicy finish that displays a hint of bitter lemon. This is a Séchets of finesse and understatement though without the same fine depth that I’m used to seeing from it. 89 points. Allen Meadows, Burghound.com October 2015

2013 Louis Michel Chablis 1er Cru Fourchaume RRP $72
The 2013 Chablis Fourchaume (Vaulorent) is one of the more intensely mineral wines in the range. The heavy presence of clay in this site confers breadth and power, but at the same time, persistent veins of minerality are impossible to miss. Today, the 2013 is very, very tight. I can hardly wait to taste it again next year. This right bank site is right next to Preuses. Readers should be aware that this wine is sold as Vaulorent in France and Fourchaume in all other markets. The wine is the same. 90-92 points. Antonio Galloni, Vinous Media August 2014

Here the reduction is prominent enough that I would strongly recommend decanting this first. By contrast there is good freshness to the palate and like several of the preceding wines this possesses a refined, indeed even sophisticated mid-palate mouth feel though the finish is tight, clipped and slightly drying. I’m not sure if this will harmonize once it has completely eaten its sulfur but it is quite awkward today and thus my score offers the benefit of the doubt, with a question mark. 89? points. Allen Meadows, Burghound.com October 2015

2013 Louis Michel Chablis 1er Cru Butteaux Veilles Vignes RRP $72
The 2013 Chablis Butteaux Vieilles Vignes emerges from a parcel of vines at the top of the hill. Here all the flavors and nuances are turned up a few notches. The fruit is more intense, but so is the minerality. Lemon peel, sage and mint all flesh out in this gorgeous, highly promising wine. The richness and pure intensity of the fruit temper some of the austerity that is typical of this site. 91-93 points. Antonio Galloni, Vinous Media August 2014

(from 60+ year old vines). Due to the recent bottling the nose was dominated by sulfur elements so I would suggest decanting this if you’re tempted to try a bottle young. The old vines are very much in evidence as there is both more concentration as well as more dry extract coating the palate on the medium weight plus flavors, all wrapped in a solidly complex and persistent if less harmonious finish. This will in all likelihood come together with a few years in bottle as there is definitely better underlying material but that is not a given. 90 points. Allen Meadows, Burghound.com October 2015

(from a huge 4.5 ha parcel located in Chapelot). This is also exceptionally pretty with the same mineral reduction nuances that add plenty of Chablis character to the floral, citrus and ocean shore aromas. Like the Fourchaume the middle weight and mineral-infused flavors possess a sophisticated and very classy mouth feel before concluding in an intense, delicious, complex and strikingly persistent finish. I like the balance and this should reward 6 to 8 years of cellar time but there is enough dry extract present such that this should drink well young too. 91 points. Allen Meadows, Burghound.com October 2015

(from a 1 ha parcel of 30 to 65 year old vines). Once again the nose is dominated by sulfur notes from the recent bottling though I would not expect it to last beyond 6 months or so. While this is powerful there is nonetheless a certain tenderness to the medium-bodied and caressing flavors that possess fine mid-palate concentration before concluding in a tangy, delicious, vibrant and highly complex finale. This is a generous and succulent wine that will also be approachable young if desired. 91 points. Allen Meadows, Burghound.com October 2015

Rather exotic aromas of yellow peach, mango, menthol and spices. Rich, broad and tactile, but with nicely integrated acidity (actually the highest of these 2013s, along with Les Clos, at 4g/L) leavening the wine’s fat and sweetness. Nicely balanced wine from 50-year-old vines. 89-92 points. Stephen Tanzer, Vinous Media July 2014

(from .50 ha parcel of vines planted in 1960 and 1975 in equal proportions). This possesses an odd nose that seems notably advanced relative to the other 2013s in the range. Otherwise there is a good sense of underlying tension to the broad-shouldered and generously proportioned if slightly soft flavors that possess plenty of palate coating dry extract, all wrapped in a saline, long and intense finish that engenders that involuntary salivating reaction. As the description would suggest this is a bit like the Fourchaume in that it’s difficult to say whether it will harmonize with time in bottle. Given that this had been bottled only two months before I tasted it, it’s possible that the wine had an adverse reaction, but today it’s impossible to accurately read. 89? points. Allen Meadows, Burghound.com October 2015

(also from .50 ha parcel, half of which is young vines). A penetrating nose features pungent notes of mineral reduction, wet stone, rose petal and citrus peel. There is excellent volume and detail on the intense, and intensely stony, flavors that possess ample size, weight and muscle though there is a trace of edginess on the finish that I attribute to the recent bottling. This is less youthfully monolithic than it usually is, indeed this is really quite succulent and approachable though note that it will need at least a year or so to harmonize. 91 points. Allen Meadows, Burghound.com October 2015

2012 Louis Michel Chablis Grand Cru Vaudésir RRP $$113
Almonds, dried flowers, pears and spices open up in the 2012 Chablis Vaudésir, a wine built on pure verticality and structure. The Vaudésir is deep, rich and resonant to the core, with exotic floral and spice overtones that add a measure of finesse to what is otherwise a pretty powerful wine. 94 points. Antonio Galloni, Vinous Media August 2014

2011 Louis Michel Chablis Grand Cru Vaudésir RRP $113
The 2011 Chablis Vaudésir is another highlight in this set of 2011s from Louis Michel. Here the aromas and flavors are just a touch forward, which adds considerable complexity and nuance to the wine’s big, structured frame. Hints of hazelnut, orange peel and spices are layered into the resonant finish. The 2011 is probably best enjoyed sooner rather than later, but there is a lot to like. 93 points. Antonio Galloni, Vinous Media August 2013

2010 Louis Michel Chablis Grand Cru Vaudésir RRP $113
Readers will find an open, seductive and totally beautiful wine in the 2010 Chablis Vaudésir. An endless array of aromas and flavors emerges from the glass as this gorgeous wine shows off its immense pedigree and class. Nothing in particular stands out; instead it is the wine’s sheer pleasure that is most captivating. In 2010 the Vaudésir is pure sensuality. Already alluring today, it also has enough depth to drink well for a number of years. 94 points. Antonio Galloni, Vinous Media August 2012

2011 Louis Michel Chablis Grand Cru Grenouilles RRP $134
Tangerine, cloves, mint and smoke all emerge from the 2011 Chablis Grenouilles. There is lovely depth and focus in the glass, although the Grenouilles comes across as a bit compact relative to most 2011s. This introspective Chablis isn’t ready to show all of its cards just yet. Although I expect the Grenouilles to soften a bit in bottle, the style is likely to always remain a bit on the firm side. 92+ points. Antonio Galloni, Vinous Media August 2013

2011 Louis Michel Chablis Grand Cru Les Clos RRP $134
A wine of pure density and impact, the 2011 Chablis Les Clos is super-impressive. An inward, powerful and intense wine, the 2011 is going to require considerable patience to fully come together. In a vintage in which so many wines are approachable young, the 2011 Clos is anything but that. Today, it is one of the most reticent wines of the vintage. I am deeply intrigued to see how this huge, structured Chablis develops over the coming years. This is another 2011 that has turned out beautifully. 94 points. Antonio Galloni, Vinous Media August 2013