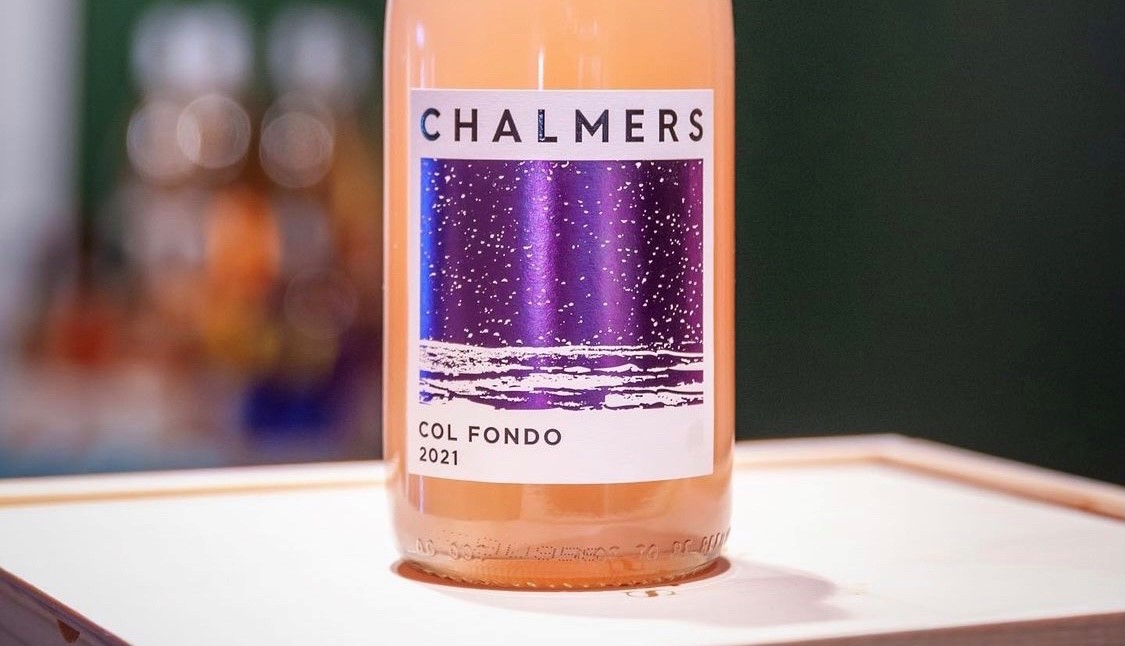 Innovation. We tend to think of technology when we hear the word but you get it in nature, too. Evolution entails innovation for survival, and good farmers adapt to thrive in changing conditions. Again, technology can intervene to solve problems – but how much simpler to let the plant do the work?
Bruce Chalmers is no Silicon Valley type. He’s into plants – the ones that live and grow, not manufacture. But he’s certainly an innovator, and his daughters Kim and Tennille have inherited the gene. As climate-change awareness grows and curiosity draws more and more people towards these lesser-known varieties, Chalmers becomes as important a name on the wine scene as it has long been in the realm of viticulture.
Thus the Chalmers range has evolved to focus on those varieties that grow most auspiciously in their Heathcote soils. Vermentino, Nero d’Avola and an excellent Rosato combining Aglianico, Sagrantino and Nero are the bedrock of the range. Greco and Fiano, the two Campanian white varieties, come next, with slow-ageing Aglianico the top red wine. Then you have a sweet wine from rack-dried Lambrusco grapes, as well as a white sparkling Fiano and red-fizz Lambrusco.
When we say ‘range’, we mean it…
And now we’re delighted to welcome back the second edition of the latest additions! Both of the varieties for the dry wines were first imported in 2015 and trialled to great acclaim under the Chalmers Project label. The varieties are Falanghina and Pecorino, the former another Campanian grape and the latter hailing from Le Marche, an eastern Italian region that sits between the Apennine Mountains and the Adriatic Sea.
These two newcomers make the Chalmers proposition even more compelling to open-minded wine-lovers, especially when preceded by a glass of 2021 Col Fondo, the slightly cloudy undisgorged sparkling made from the Aglianico grape. This, too, is making its second appearance after a blink-and-you’ll-miss-it debut from 2020.
The great Bruce Chalmers provided a peerless palette, allowing Tennille and Kim – plus Kim’s winemaker husband, Bart Van Olphen – to add an unrivalled splash of colour to the Australian wine and dining scene. The sustainably grown grapes get to shine with vitality and personality. And we all get to bask in this thrilling diversity.

2021 Chalmers Aglianico Col Fondo RRP $36
The Chalmers family imported the first Aglianico vines into Australia back in 2001, and produced a first Col Fondo wine in 2019. This 2021 is 100% Aglianico grown on the Chalmers vineyard’s soils of basalt, shale, sandstone, dolerite, quartz and limestone at an elevation of 210-225m.
The grapes were handpicked on 9th and 10th March 2021. The must was fermented with indigenous yeast in old barriques. The wine was tiraged after five months and is not disgorged, meaning that the lees remain in the bottle. This vegan-friendly was made with no additions apart from a pinch of sulphur.
The wine is bright, creamy and chalky with a delicate fizz and notes of pollen, cassia and ruby grapefruit.

2016 Chalmers Felicitas RRP $43
An unusual sparkler made from Fiano and lees aged for 27 months. Pale and fragrant, with aromas of figs, stone fruit and nougat, it’s appealing, clean and appetising. A foaming mouthfeel and soft mid-palate are enhanced by a crisp tang and a light drying grip on the finish. Crown seal; 12.5 per cent alcohol. 90 points. Ralph Kyte-Powell, Sydney Morning Herald

2018 Chalmers Lambrusco RRP $43
The Chalmers family imported the first Lambrusco Maestri vines into Australia back in 2001. A first sparkling Lambrusco was produced under the Chalmers label in 2012. This is 100% Lambrusco Maestri from the Chalmers Vineyard in Heathcote, where these vines grow at 150-170m on red Cambrian soils. The grapes are handpicked before traditional-method fermentation. The wine spends nine months on lees and is given 4g/L dosage at disgorgement. Vegan friendly.
Made in a dry, aperitif style, this vibrant wine displays notes of violets, blackcurrant and spice, with a slight but affirming tannic grip.

2021 Chalmers Vermentino RRP $28
2021 Chalmers Vermentino is 100% Vermentino from the Chalmers vineyard in Heathcote on rich, red Cambrian soil, sitting 150-170m above sea level.
Chalmers came out with Australia’s first Vermentino wine in 2004 and it’s since become a trademark line in the range, their ‘go-to’ white. There are now more than 100 winemakers working with the grape across this country and it’s no wonder when it loves the sunshine and makes such delicious wines with ultimate drinkability. Chalmers Vermentino is a truly unique iteration of the Mediterranean grape, a crisp and refreshing drink with white florals, soft stonefruit and a lick of saltiness, perfect for the Australian al fresco lifestyle.
Handpicked fruit was whole bunch-pressed and wild fermented in stainless steel before the wine sat on less for 6 months. No acid adds. Vegan friendly.
Clean and crisp, this Vermentino shows white peach and Meyer lemon with an overall chalkiness and sea spray tang leaving you wanting more. – Kim Chalmers

2021 Chalmers Falanghina RRP $32
This is the second release of Chalmers Falanghina, a vine variety this visionary grape-growing family first imported in 2015 and vinified as a Project wine in 2018. The vines grow on the Chalmers vineyard’s soils of basalt, shale, sandstone, dolerite, quartz and limestone at an elevation of 210-225m.
The grapes were handpicked and pressed as whole bunches on 9th March 2021. The must was fermented with indigenous yeast in stainless steel, where the wine spent six months on lees. This vegan-friendly wine was made with no additions apart from a pinch of sulphur.
It’s an exotic, racy wine with notes of orchid, fresh lychee, lime and white stones and a persistent finish.

2021 Chalmers Pecorino RRP $32
This is the second release of Chalmers Pecorino, a vine variety this visionary grape-growing family first imported in 2015 and vinified as a Project wine in 2018. The vines grow on the Chalmers vineyard’s red Cambrian soils at an elevation of 150-170m.
The grapes were handpicked on 19th February 2021. The must was fermented with indigenous yeast in stainless steel, where the wine spent six months on lees. This vegan-friendly wine was made with no additions apart from a pinch of sulphur.
It’s a distinctive and relatively powerful dry white wine with aromas and flavours of flint, nectar, white melon and beeswax.

2019 Chalmers Fiano RRP $36
Fiano is a vine variety this visionary grape-growing family first imported into Australia in 2002 and made a first wine from back in 2005. The vines grow on the Chalmers vineyard’s red Cambrian soils at an elevation of 150-170m.
The grapes were handpicked on 27th February 2019. The fruit was pressed as whole bunches and the must fermented with indigenous yeast in stainless steel. It was then aged for 10 months in a seasoned chestnut botte. This vegan-friendly wine was made with no additions apart from a pinch of sulphur.
It’s a generous, balanced style with notes of lemon curd, dandelion and pine needle, finishing fresh with an appealing soft, pithy bitterness.

2020 Chalmers Nero d’Avola RRP $28
Nero, as it is increasingly being shortened to, is one versatile grape. Tasted in youth, this is hard to resist. Fruit forward, plummy, cherry sensation with bon-bon confection and floral sub-notes that fills the mouth with a vibrant energy. In large part, it can be put down to some pretty impressive and noteworthy tannins that give the wine plenty of bounce and, it must be said, potential for ageing. 91 points. Jeni Port, Halliday Wine Companion 2022

2016 Chalmers Aglianico RRP $43
Excellent. It’s a wine of gravity and presence. It tastes of bright berries, florals and leathers and and when it says goodbye it shakes your hand firmly. It’s not heavy but it means business. 95 points. Campbell Mattinson, Halliday Wine Companion