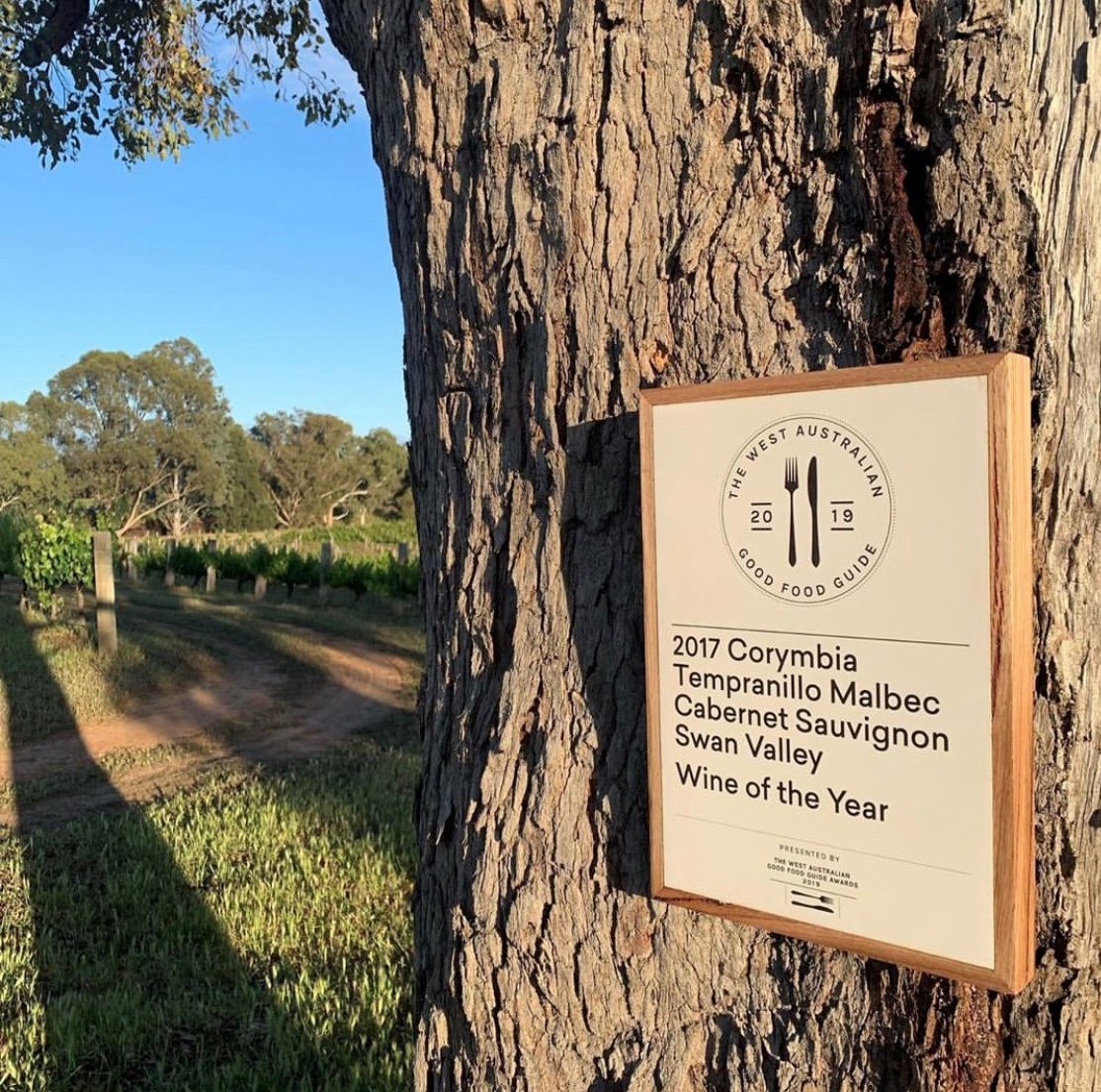 Massive congratulations to Gen & Rob Mann, whose Corymbia Tempranillo/Malbec/Cabernet blend has just been named inaugural Wine of the Year at the Western Australian Good Food Guide  awards.
There’s a lot of fantastic wine grown in WA, and it’s a huge credit to the Mann family to take out this award. It’s hardly come out of the blue, though. The Mann has long been tied to pioneering brilliance out west, with Rob’s grandfather Jack famously working 51 consecutive vintages at Houghton. Rob’s dad Tony planted the Swan Valley vineyard where this wine and its super Chenin Blanc sibling were grown, and Rob himself made a name for himself leading Cape Mentelle to glorious heights from the mid-noughties.
Now side-by-side with his wife and former Howard Park winemaker Gen, they’re shaping their own dream. Alongside the organically dry-grown duo from the Swan Valley, the Corymbia range includes a divine single-vineyard Cabernet Sauvignon from Rob & Gen’s site in Calgardup. So, you see, they’re as WA as the Marri bloom that adorns the label – and Corymbia is blossoming as beautifully as the indigenous tree, with a reputation set to soar as high.
Well bloody done!