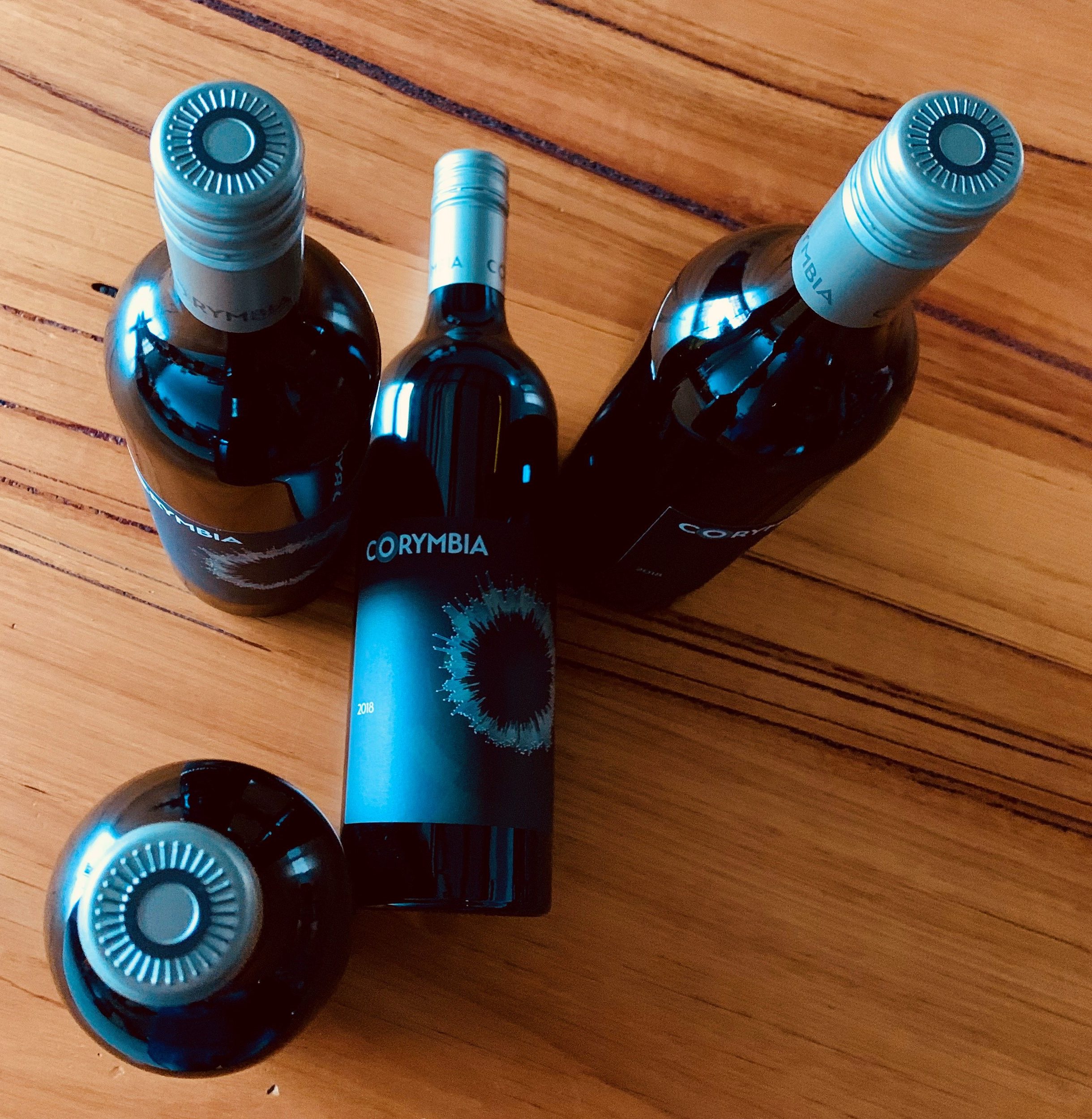 “It’s the realisation of a dream seeded by Rob’s grandfather, Jack Mann,” says Genevieve Mann, one half of Corymbia’s dynamic duo. “A departure from the orthodox, to achieve a unique expression of Margaret River Cabernet. Variety, place and experience are woven together to redefine what’s possible.”
When she talks about experience, she means it. Her husband Rob achieved god-like status in the sphere of Margaret River Cabernet during his near 10-year reign as chief at Cape Mentelle, from where he was plucked to breathe fresh elegance into the wines of Napa estate Newton Vineyard. Gen herself brings serious Cabernet chops to the table, having worked in South Africa, France, California and South Australia before taking the reins at Howard Park in Margaret River.
Now, of course, it’s their own dream that’s centre stage for Gen and Rob. At the heart of Corymbia are the wines grown in the Swan Valley, that place synonymous with Rob’s grandad Jack, who worked those 51 straight vintages at Houghton. Dry grown on the organically farmed vineyard planted by father Tony Mann, the range comprises a beautifully vital, textured Chenin Blanc and a fleshy, layered and neatly structured red blend of Tempranillo, Malbec and Cabernet Sauvignon.
And now comes the icing on the cake: The inaugural release from their vineyard and a striking new landmark in the WA Cabernet realm. It’s a dazzlingly pure expression of the great grape and of their Calgardup Vineyard. Raised only in seasoned oak, its immaculate fruit ripples with energy.
This is another clear signal of the immense class, talent and vision of Gen and Rob.
Corymbia is an unmissable act, and now’s the time to get in on it.

2018 Corymbia Cabernet Sauvignon Margaret River RRP $64
Located just 2km inland from the famous Redgate Beach in Margaret River, we have revitalised this vineyard with acute attention to detail. The fruit was harvested on two picking dates in April. Individually berry sorted prior to natural, whole-berry fermentation in a single French oak vat. Maturation followed in a seasoned 600-litre French oak demi-muid and two seasoned barriques for 10 months.
We have made a wine that tastes as fresh and vibrant as the pristine coastal location of its origin. It tastes of the grape, the dirt and the sea without pretention and exudes all the characters of Margaret River Cabernet that the world admires. Dark cassis, juniper, oyster shells and coastal herbs complement a palate that is intense and energetic with squid ink and mulberries carried by the fruit’s graphite-like structure. – Rob & Gen Mann

2018 Corymbia Chenin Blanc Swan Valley RRP $32
Organically dry-grown fruit from vines planted more than 25 years ago on the Houghton loam soils of what was an old currant vineyard. The grapes were harvested by hand on 31st January 2018, 5th February 2018 and 6th February 2018, and then whole bunch-pressed prior to natural fermentation. A portion was matured in seasoned French oak barriques for four months prior to blending and bottling. Alcohol: 12.5%; pH 3.23; total acidity 6.73g/L; RS 0g/L. The wine shows distinctive characters of beeswax, beurre bosc pear and oyster shell with a long, vibrant, saline finish. – Rob & Gen Mann

This is bloody marvellous Chenin Blanc. It was made by Rob and Genevieve Mann from fruit grown on Tony Mann’s property. Sure, it was a very good year, but it has been handled deftly to capture all those essential goodies from a variety that sings from the Swan. Controlled tropical fruits, with minerally citrus character and a lively fine acidity, are in perfect balance. Just love the palate.
95 points. Ray Jordan, The West Australian February 2019

69% Tempranillo, 19% Malbec and 12% Cabernet Sauvignon. Swan Valley vs Spain here, and a damned tasty thing it is too. I’m thinking plum and dark cherries, spice, subtle vanilla perfume, coffee beans and earth. Medium-bodied, wide-grained ripe but sandy skinsy tannin, fleshy mid-palate action, even acidity, cola nut, more to red fruits to taste, grip and savoury appeal on a solid finish. I seem to be stuck on 93 points (a good score!) for this wine, yet I’m tempted to push it up a little this year. Anyway, it’s well worth seeking out. 93 points. Gary Walsh, The Wine Front September 2018