Intense and tensile wines are the calling card here, pure and unadorned by style and consistently high in quality. Indeed, I sometimes think that Louis Michel is the most underrated of Chablis’s great domaines.
William Kelley, Wine Advocate September 2018

“The bad news is there’s not much wine; the good news is they’re both very good,” Guillaume Gicqueau-Michel said of ’16 and ’17 when we visited the domaine in March. Chablis has been lashed by a catalogue of meteorological mishaps over recent harvests, with this particular grower losing half its crop in 2016 (those losses in the Petit Chablis and village vineyards running to more like 70%). But 170 years of history gives you a sense of perspective when it comes to dealing with the vicissitudes of nature.

So come hail or shine, the important thing is that Guillaume and his seven full-time vineyard workers will eke the absolute best out of the 22 hectares they farm.
The 2016 wines we have here come from seven premiers crus and three grands crus, while the Petit Chablis and village wine are from 2017. As Guillaume says – and as the reviews attest – a nightmare from the skies became a dream in the bottle once again.

2017 Louis Michel Chablis RRP $53 screw cap
MAGNUM RRP $115
These vines are situated in the heart of the historic vineyard. The various soils date back to the Kimmeridgian period, with relatively deep clay loam, containing marl and marine fossils. Quite rich in limestone. The vines have an average age of more than 35 years.

The 2017 Chablis Villages is a step up in completeness and texture, wafting from the glass with notes of white peaches, apples, spring flowers, lemon oil and bread dough. On the palate, it’s medium-bodied and nicely layered, with good cut and grip. 89 points. William Kelley, Wine Advocate September 2018

2016 Louis Michel Chablis 1er Cru Montmain RRP $80
These Montmain vines were gradually replanted between 1983 and 1989. The four vineyards are spread along a clay hillside known to be sensitive to spring frosts, so they need extra attention at that time. Kimmeridgian left bank soils of hard limestone with a clay base. The soil is quite deep in some places, and the vines have an average age of 22 years.

A single parcel that has good balance between clay and limestone in the soil. A very rich peaches and mangoes on the nose with acacia and honeysuckle. Very attractive density with ripe mangoes and yellow peaches. Bold and fleshy. Drink now or hold. 91 points. Nick Stock, jamessuckling.com September 2018

The 2016 Chablis 1er Cru Forêts stands out as one of the highlights of the range in 2016, offering up aromas of white peach, mandarin, Meyer lemon and spring flowers. On the palate, it’s medium-bodied, glossy and nicely concentrated, with good cut and tension, concluding with a saline finish. This won’t be one of the longest-lived renditions of the Louis Michel Forêts, but it will make for very attractive drinking in the near term. 91 points. William Kelley, Wine Advocate September 2018

This parcel is located on the top of the slopes, with clay loam on the surface and plenty of limestone. Vertical roots plunge deep into the ground. The vines have an average age of 51 years.

The 2016 Chablis 1er Cru Butteaux Vieilles Vignes had only been bottled two weeks before I tasted it, but even in its reserved state it was showing very well, offering up aromas of green apple, white flowers, nutty reduction and iodine. On the palate, it’s medium to full-bodied, deep and concentrated, with good tension and structure. This is one 2016 that will have some upside potential. 91+ points. William Kelley, Wine Advocate September 2018

(these vines are now 63 years old but produced an “almost classic” yield of 35 hectoliters per hectare, according to Gicqueau-Michel): Full medium yellow. Intriguing smoky minerality complements yellow peach on the nose. A fat, sweet premier cru with a rather refined texture and noteworthy chewy depth. Distinctly smoother and longer than the first Butteaux, this wine should offer relatively early appeal. 89-91 points. Stephen Tanzer, Vinous Media August 2017

2016 Louis Michel Chablis 1er Cru Vaillons RRP $80
Same soils, vine age and winemaking as Séchets, which used to be blended into Vaillons. Now, this generally features parcels from the tiny climats of Chatains, Roncières and Mélinots.

One of the earliest plots to be harvested each year. This has attractive apricots and some hints of lemon butter. Smooth, fleshy and silky. A very elegant, smooth and drinkable style. A twist of herbs at the finish. Very drinkable now. 92 points. Nick Stock, jamessuckling.com September 2018

The 2016 Chablis 1er Cru Vaillons is one wine that may surpass its 2017 counterpart, offering up a honeyed bouquet of Meyer lemon and pear, followed by a medium to full-bodied palate, with lovely structural elegance and a certain sun-kissed generosity that remains nicely controlled. It exemplifies the charm of which Vaillons is capable. 91 points. William Kelley, Wine Advocate September 2018

2016 Louis Michel Chablis 1er Cru Séchets RRP $80
From one of the domaine’s old parcels that used to be blended into Vaillons.  Kimmeridgian soils on the left bank. Hard limestone on a clay base, relatively deep soil with a browny red appearance. Vines with an average age of 30 years.

Beautifully flinty aromas. Vibrant lime and lemon here with impressive energy, composure and great freshness for the vintage. Bright, punchy and attractive acidity. This has plenty of white peaches. Super energetic. A very seductive palate. One of the standout wines for this domaine. Drink young and fresh. 93 points. Nick Stock, jamessuckling.com September 2018

To my palate, the 2016 Chablis 1er Cru Séchets is the finest of Louis Michel’s premiers crus this year, unfurling in the glass with aromas of lemon oil, oatmeal, honeycomb and dried white flowers. On the palate, it’s medium to full-bodied, concentrated and textural, with superb cut and tension and a long, saline finish. It’s well worth seeking out. 93 points. William Kelley, Wine Advocate September 2018 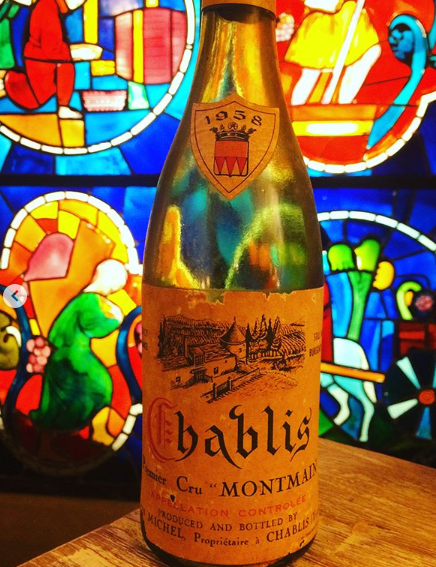 prestigious  of all the Chablis premiers crus. The domaine grows fruit on a total of four hectares which were planted in 1974. The soil is Kimmeridgian from the right bank; it’s sticky and features marl with marine fossils, rich in limestone pebbles. Vines with an average age of 40 years.

The 2016 Chablis 1er Cru Montée de Tonnerre offers up aromas of lemon oil, lime zest and honeycomb, framed by a subtle touch of reduction. On the palate, it’s medium to full-bodied, pure and glossy, with more cut and tension than the Vaulorent, without quite matching the liveliness and energy of the Séchet. 92 points. William Kelley, Wine Advocate September 2018

2016 Louis Michel Chablis 1er Cru Vaulorent RRP $89
Chablis’ Fourchaume vineyard is spread over 3km, with another small area in the valley where the grands crus are found. It is here, in the small enclave of Vaulorent, that Louis Michel has just under one acre of vines which the family planted in 1963. Relatively deep Kimmeridgian soils with limestone pebbles enclosed in clay-textured marl with marine fossils. Relatively deep soil.

A warmer site with higher clay content. This has an exotic array of tropical fruits with strong white peaches and a hint of praline. The palate rolls out smooth and fleshy fruit with a pithy, slightly grippy texture. Pastry and hints of orange marmalade to close. Drink or hold. 92 points. Nick Stock, jamessuckling.com September 2018

A giving, accessible rendition of this cuvée that hails from the Vaulorent lieu-dit, the 2016 Chablis 1er Cru Fourchaume exhibits notes of ripe apples, white flowers, iodine and anise. On the palate, it’s medium to full-bodied, supple and open-knit. While it’s a lovely wine, it doesn’t hit the heights that the best vintages reach. 91 points. William Kelley, Wine Advocate September 2018

2016 Louis Michel Chablis Grand Cru Vaudésir RRP $155
Situated at the far end of the valley, Louis Michel’s parcel of Vaudésir was planted between 1955 and 1968, over five stages. Kimmeridgian soil of limestone pebbles embedded in clay-textured marl with marine fossils. Vines with an average age of 45 years. 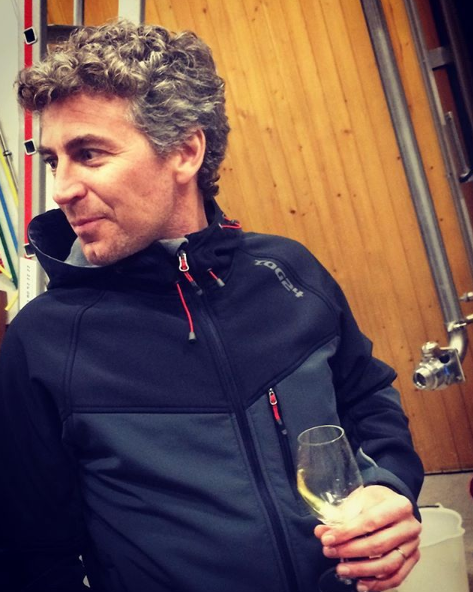 Notes of Meyer lemon, oystershell, crisp pear and subtle reduction introduce the 2016 Chablis Grand Cru Vaudésir, a medium to full-bodied, pure and structured wine with serious concentration and chewy extract that compensates for what it lacks in acidic cut. It’s the most ample and giving of the three grand cru bottlings in the Louis Michel cellar this year, but it remains quite classic in profile. 93 points. William Kelley, Wine Advocate September 2018

2016 Louis Michel Chablis Grand Cru Grenouilles RRP$168
Located on top of the best-renowned hillside of the Chablis grands crus, and planted in 1958, Louis Michel’s parcel of 1.2 acres produces a complex and powerful wine. Kimmeridgian soils of limestone pebbles encased in clay-textured marl with marine fossils. Vines with an average age of 50 years.

Light-medium yellow. Musky white peach and flowers on the fresh nose. A floral, easygoing, refined wine with lovely ripeness and a hint of banana. This grand cru is usually hard to taste at this early stage, notes Gicqueau-Michel, but this example is distinctly easygoing and showing well. Finishes with a lightly phenolic character and an impression of low acidity. This grand cru will drink well young. 89-92 points. Stephen Tanzer, Vinous Media August 2017

2016 Louis Michel Chablis Grand Cru Les Clos RRP $168
Located halfway up the hillside, in the heart of the vineyard, Louis Michel’s 1.2-acre parcel is split into two: one half was planted in 1967 and the other half was replanted in 2000. Kimmeridgian soil of Limestone pebbles encased in a clay texture, marl with oyster fossils. Relatively deep soil with plenty of limestone on a very steep slope. Vines with an average age of 40 years.

A single parcel in the mid slope facing southwest. This delivers an array of lemon and lime citrus with sweet perfumed fruits, apricots and sweet, fragrant melon. The palate’s very stony, minerally and savory. A salty feel to the finish. A super long and mineral finish that holds very fresh. 95 points. Nick Stock, jamessuckling.com September 2018

Aromas of lemon oil, mandarin, honeycomb, iodine and leesy reduction introduce the 2016 Chablis Grand Cru Les Clos, a full-bodied, multidimensional wine with excellent energy, concentration and chewy extract. It’s the deepest and most reserved of all the wines in the cellar, and it will demand a few years of bottle age. 94 points. William Kelley, Wine Advocate September 2018