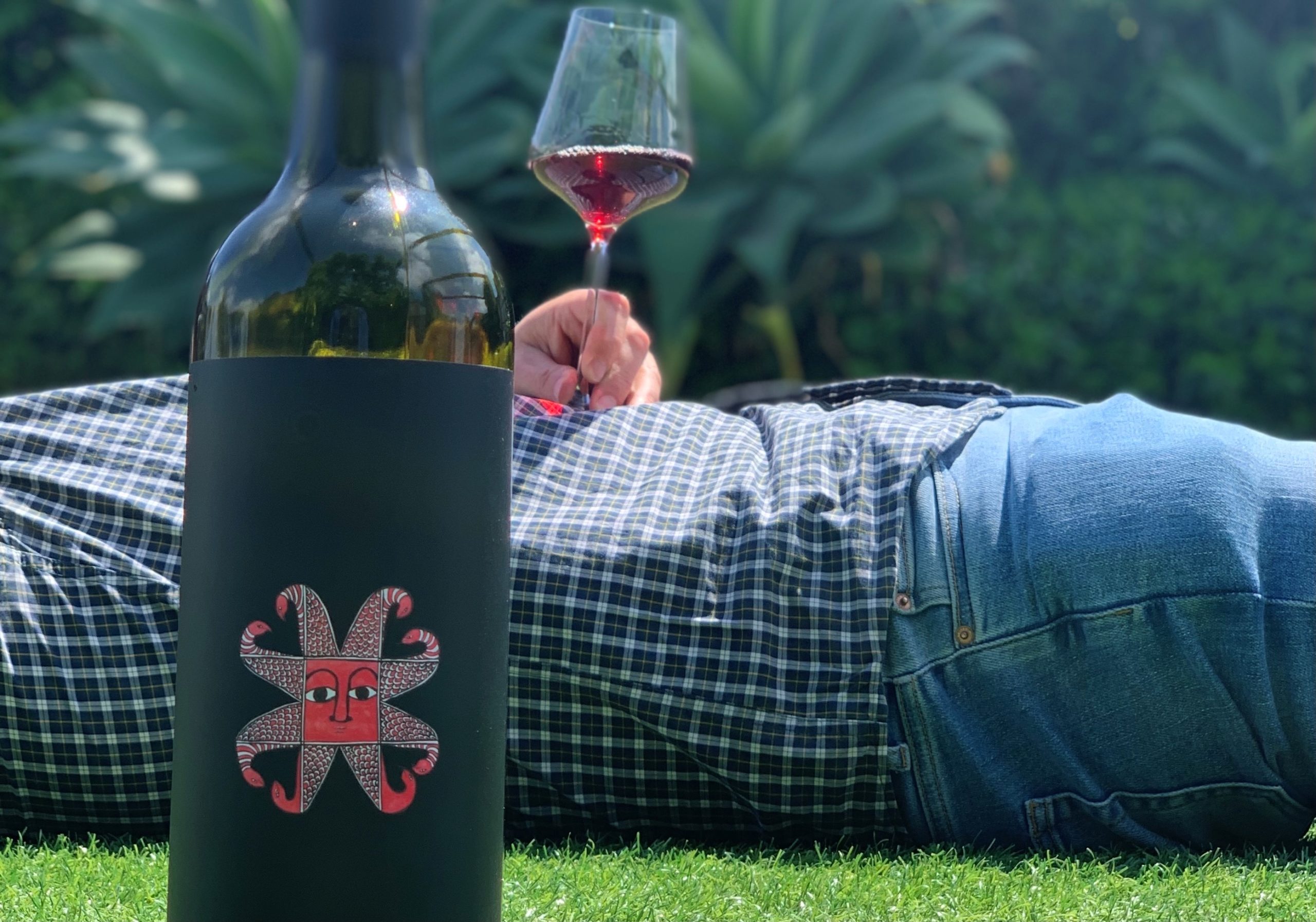 Growing great wine takes patience. Stephen Pannell knows it as well as anyone. Here’s a man who’s worked more than 40 vintages, including nine in Europe. When he started S.C. Pannell in the early 2000s, he’d already risen to the top of the tree at Hardys, off-and-on Australia’s biggest producer. By the time he bought the Koomilya vineyard in McLaren Vale, it had already been the subject of a 20-year love affair and the source of a Jimmy Watson Trophy.
And then there’s Protero. The site appeared on his radar in 2004, when he returned from harvest in Piedmont. He started using the fruit a year later, but it was 14 more years before he inked the deal on this vineyard in Gumeracha.
The Protero project might appear to have come together quickly; a year on from the emergence of a first Nebbiolo, the range sports four eminently pourable delights.
And now we welcome the godfather of the range: Capo.
But like Mario Puzo’s sprawling saga of the Corleone family, Protero has a lengthy backstory and engrossing twists. The 1999-planted site is the source of all previous Nebbiolo wines under the S.C. Pannell label, including 2007’s AAVWS Wine of Show. Steve and Fiona Pannell finally signed a contract with Frank Baldasso in December 2019, a week before fires ravaged the Adelaide Hills. They’ve since removed Chardonnay, Pinot Noir, Merlot and Viognier and planted varieties they believe in for the region: Barbera, Dolcetto, Gewürztraminer, Pinot Gris and Riesling.
And, of course, the great Nebbiolo grape remains front and centre. This inaugural release of Capo is the culmination of all Steve’s experience with the variety in his beloved Piedmont and here in the Hills. It’s another milestone on Steve’s incredible vinous journey, as well as another landmark for Nebbiolo down under.

2018 Protero ‘Capo’ Nebbiolo Gumeracha, Adelaide Hills RRP $80
100% Nebbiolo (clones Mudgee and 230, both on own roots) from Block 2 on our Protero Vineyard in Gumeracha, Adelaide Hills. The vines were planted in 1999 by Frank and Rosie Baldasso, and the vineyard is managed by Carmine Pepicelli.
The 2018 vintage was, thankfully, a gentle and kind affair. We had good winter rain, late budburst and a cool, mild harvest that gave the grapes natural acidity and vibrant fruit flavours. The grapes were handpicked on 12th April 2018, from the top of the vineyard only.
Each parcel was gently crushed and kept separate. They were spontaneously fermented and kept on skins for 100 days before very gentle pressing. The wines were blended and settled in tank for 13 days before being sent to old French oak puncheons for malolactic fermentation and maturation. The best barrels were selected in July 2019 and sent to a 2800-litre vat for extended maturation. The wine was bottled without fining or filtration on 4th August 2020.
The nose is amped and alive with classic tar and roses followed by brick dust, dark berries, Luxardo liqueur, cherry kernel and pomegranate juice. The palate shows class, grace and charm. A cool entry of blackcurrant granita is joined by grenadine, sumac and stewed rhubarb all held together by a well-worn leather belt. The finish has classic Negroni, dried citrus peel, hawthorn berries and black tea. This wine has layers of complexity and excellent mouthfeel. The tannin comes in gentle but persuasive waves and the flavours meld with the texture. It has a tubular shape that fans out at the end much like a trumpet. – Stephen Pannell

A new top bottling of Nebbiolo from Pannell, this has pretty classical aromas of anise and red cherry with some orange zest, too. The complex tannin architecture is impressive, with a suave, velvety texture holding a fresh red-cherry core. Finely detailed and astutely pitched. Drink over the next eight years. Screw cap. 96 points. Nick Stock, jamessuckling.com August 2021

A top-of-the-hill vineyard selection of vines and just 2 clones in play (for the record, clone 230 and what’s called the Mudgee clone, of undetermined origins despite its name), co-fermented with a 121–day long maceration. Nebbiolo’s paler garnet colour is immediately in the zone, the aromas lifted, with a black cherry, leather and terracotta-like earthiness. Once all of these meld on the palate, the wine becomes intently more about its savoury and sweet umami elements, the variety’s tannins wrapping up with a gentle force and subtle bitterness. Something special here. 96 points. Tony Love, Halliday Wine Companion June 2021

THE REST OF THE RANGE…

2020 Protero Pinots Macclesfield, Adelaide Hills RRP $32
85% Pinot Grigio, harvested on 3rd March, with 15% Pinot Nero harvested on 4th March. The fruit comes from the St Clar vineyard in Maccelsfield, a sub-region in the southern Adelaide Hills mercifully spared the impact of fire and smoke. The grapes were crushed, pressed and blended as juice with minimal extraction and immediately fermented in stainless steel. A small parcel sent to an old French oak barrique in April and blended-back in July.
The wine is pretty, fragrant and lively. Orange blossom leads the charge followed by pear drops, lilac, oleander, musk lollies and strawberry fields. The palate is plush, silky and persistent, offering an avalanche of flavours from pear lollies to sherbet and musk with a grapefruit zest finish that builds length. – Stephen Pannell

From the Macclesfield district, crafted by Steve Pannell. A creative mix of 85/15% Pinot Grigio/Pinot Nero (Noir if you will). What the latter component brings is a debate to be had, otherwise we’re in solid grigio/gris territory, with lovely ripe fruit and florals to open, citrus orchard flowers wafting. A small portion spent 3 or so months in an old French barrique, giving a mouth-filling texture with baking spice elements. A note of white pepper adds to all round satisfaction. 93 points. Tony Love, Halliday Wine Companion 2022

2021 Protero Aromatico Woodside, Echunga & Carey Gully, Adelaide Hills RRP $32
2021 vintage conditions were joyous. There was no stress in the vineyard, with plenty of water and warmth at the right time. An extended ripening period without disease pressure led to great flavour. The fruit was plentiful and perfectly ripe. What a strange contrast to the previous year!
The blend composition is: 76% Gewürztraminer (harvested from Woodside on 22nd February; 20% Riesling (harvested from Echunga on 18th March); and 4% Sauvignon Blanc from Carey Gully (also picked on 18th March).
The Gewürztraminer had completed fermentation before the Riesling and Sauvignon were picked. The two later varieties were co-fermented, with fermentation stopped by chilling at the desired level of dryness. Both parcels were blended on yeast lees and left to settle in stainless steel. Alcohol 13%; RS 7.5g/L; pH 3.31; TA 6.1g/L.
The nose is exotic, complex and deeply aromatic, with notes of galangal, stem ginger, Turkish delight, beurre bosc pear and citrus blossom. In the mouth the wine is fresh, linear and compelling. A laser like entry of exotic flavour is backed up by a back palate alive with stone fruit and lingering Asian herbs like lemongrass and coriander root. – Stephen Pannell

Pannell shifted this across to Protero from the S.C. Pannell collection of wines. This is a blend of primarily Gewürztraminer with Riesling and sauvignon blanc from the Adelaide Hills. The aromatics are off the chart, with such intense florals and roses with lime, white-peach, pear and apple aromas and flavours. Succulent and refreshing. Drink now. Screw cap. 92 points. Nick Stock, jamessuckling.com November 2021

2019 Protero Barbera Gumeracha, Adelaide Hills RRP $37
The fruit was grown on Bonoposto Vineyard in Gumeracha, Adelaide Hills, which is owned and farmed by Carmine Pepicelli. It’s situated next door to Protero.
Seven tonnes of Barbera were harvested on 6th April 2019. The fruit was given a three-day cold soak on skins before a ten-day fermentation followed by gentle pressing. Malolactic conversion took place in French oak puncheons (20% new) followed by five months’ maturation. Extended maturation then took place in an oak vat and extra-large puncheon. It was bottled without fining or filtration in early December 2020.
The nose is classic, calm and poised. It has none of the tutti frutti bubblegum character typical of low-tannin varieties. It smells of forest berries and preserved protein with incense and polished teak. The palate is glossy and refreshing, with good tension. It’s deliciously medium-bodied with loads of pink fruit and cherry compote. Bay leaf and subtle spice give rise to an umami finish. The mouthfeel is driven by acidity with tannin sitting right back on the palate. – Stephen Pannell

This has such showy ripe red fruits with berry pastry too, some gentle spice and dried red currant as well as a peppery edge. Perched on a good point of ripeness. The palate has a succulently juicy feel with vibrant, plush red fruit flesh. Succulent and lively to the very last moment. Drink over the next five years. Screw cap. 93 points. Nick Stock, jamessuckling.com November 2021

2019 Protero Nebbiolo Gumeracha, Adelaide Hills RRP $37
The fruit comes from Block 2 on the Protero Vineyard in Gumeracha, Adelaide Hills. The vines were planted in 1999 by Frank and Rosie Baldasso, and the site is managed by Carmine Pepicelli. The Nebbiolo clones are 230, 111, F12V7, F12V13, Mudgee all on own roots.
Eight tonnes of fruit were harvested on 17th April 2019. The Nebbiolo grapes macerated for 25 days before gentle pressing. The wine was sent to 4600-litre French oak vat and extra-large puncheons for malolactic conversion and maturation. The wine underwent extended maturation in old French oak vats and puncheons. It was bottled without fining or filtration in December 2020.
The nose is at once perfumed, alive and subtle. It immediately activates all the senses with its brick dust, rose petals, red fruit and linseed.
The palate is varietal, confident and charming. It has raspberry and layers of fruits-of-the-forest. The finish has a liquorice kick with amaro the final salute to its Italian roots. The tannins are layered and present but sit back on the palate, latent and reserved in some regards, but ultimately bold and persistent. – Stephen Pannell