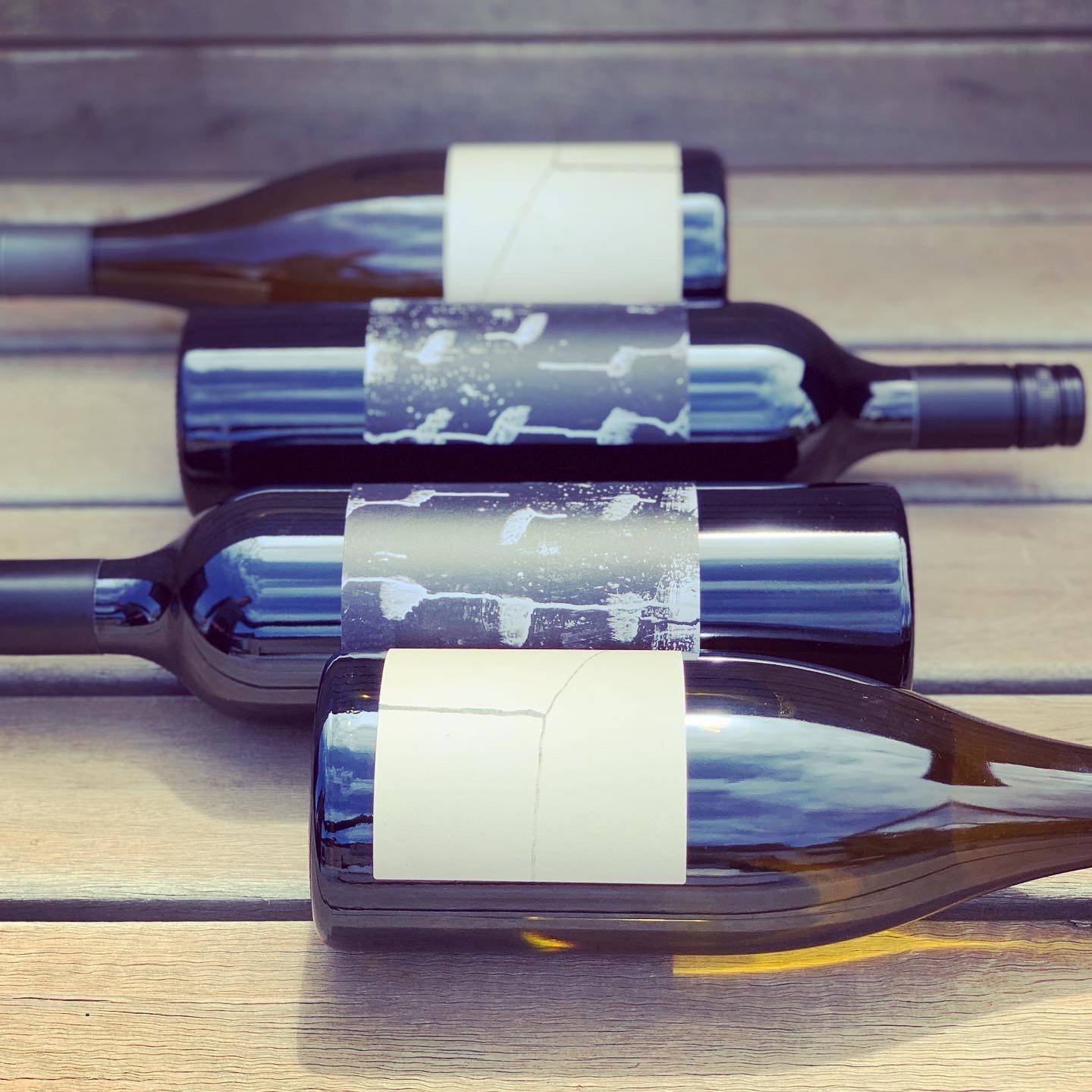 Almost exactly a whole year ago, Alana Langworthy stood glamorously behind a table at the CellarHand 20th Anniversary tastings. She had wines to show but only having scavenged them from various cellars, maybe a bottle-shop fridge or two. The range – the last release of Alana and Julian’s Nocturne Single-Vineyard wines – had all sold out. Almost exactly a whole year ago…
Demand for these wines has been red-hot since day one. Julian and Alana don’t hide their light under a bushel. They don’t hide much to be fair; they’re larger than life, bright, buoyant and bursting with talent. And their wines are exquisitely enjoyable.
In 2019 the Langworthys addressed the demand with the introduction of their sub-regional (SR) range – a trio that drew fruit from the same original site as the SV wines, supplemented with grapes from another vineyard in the same pocket of Margaret River. The move invited more people to dive into the Nocturne story. (It was only partially successful, in that the Chardonnay basically sold out in five minutes anyway!)
Finally the long wait is over for the latest edition of the Chardonnay and Cabernet Sauvignon that sit at the pinnacle of the offering – the pride and joy of the Langworthys’ phenomenal output.
This is the fourth release of these beauties. If the past four years have taught us one thing, it’s this: Don’t hold back!

2018 Nocturne Single-Vineyard Chardonnay Tassell Park, Treeton RRP $53
In Margaret River it’s fair to say we’re pretty lucky when it comes to lovely, even growing seasons. Yet sometimes certain seasons stand tall, and the 2018 season may just stand the tallest in my more than 20 harvests. This is single-vineyard Chardonnay from the 0.37Ha Tassell Park site in Treeton. The vineyard is interplanted with gin gin clone and Burgundian 277 clone. Whole bunch-pressed directly to new, one- and two-year-old puncheons, with no settling or fining processes. Spontaneous fermentation, with the wine staying on gross lees unsulphured until September of that year. In December the wine was emptied from barrel, settled, filtered and bottled. – Julian & Alana Langworthy

2018 Nocturne Single-Vineyard Cabernet Sauvignon Sheoak, Yallingup RRP $53
This vintage was, as far as great Margaret River Cabernet seasons go, perfect. A moderate amount of early-season rainfall and then warm days and cool nights for weeks and weeks. It was a complete Goldilocks harvest and one that will go down in the history books.
The fruit was picked on 16th March, one of the earlier Cabernet parcels picked that year. While tasting the fruit in the vineyard it was clear that there were great flavours and concentration. Once crushed and into tank, the must exhibited the most amazing colour and silky epic tannin, all at once serious yet joyous.
The fruit was simply destemmed and fermented in 4.5-tonne static fermenters. After 12 days on skins and a peak ferment temperature of around 27 degrees Celsius, the wine was pressed to tank and settled briefly, before being transferred to a combination of new (25%) and two-year-old barrels to undergo malolactic conversion. This wine was racked only once in this time and, after 18 months in oak, was emptied from barrel, settled, clarified and bottled.
The Sheoak Vineyard makes expressive, medium-bodied Cabernets. This release is undoubtedly the most serious and best we have made to date. A wine that, if you have the patience, will improve and develop further complexity over the next decade. – Alana & Julian Langworthy

2019 sees the addition of Sangiovese into the Nocturne rosé and we liked it so much it has become the dominant player in the blend. Lighter, finer and slightly more ethereal, it’s blended with 40% Nebbiolo to allow some chew and grip and grown-up appeal. 2019 was a ripping year for rosé in Margaret River. Great early flavours allowed low alcohol picking decisions, resulting in a cracking wine.
The fruit comes from the sub-region of Carbanup in Margaret River, with the sites being relatively flat and warm with fertile, red sandy soils. The grapes were harvested between 16th and 28th April. The Sangiovese fruit was simply destemmed, chilled and pressed using only the free-run fraction of the juice. It was then fermented at moderate temperatures using as always solely indigenous yeasts. After fermentation it was matured for three months on gross lees to add additional texture. The Nebbiolo fruit was hand-picked and, after chilling, whole bunch-pressed directly to old oak for fermentation. This took close to six weeks, after which the wine received a further four weeks’ maturation in barrel. At this stage the final blend between Sangiovese and Nebbiolo was decided and the wine was emptied from barrel/tank, settled, filtered, sulphured and bottled in late July.
We are super stoked with the final wine!!  The texture and acid structure are highlights of what is likely a more approachable and fruit-forward release of Nocturne rosé. As always, best drunk from magnum, on a boat, wearing white…. It’s a pale salmon dream. – Alana & Julian Langworthy

A new line from the Langworthys. SR is the subtitle, which stands for Sub-Regional. This from Carbunup. Slightly sweaty, some spice, red and white cherries. Pleasing fine chalky texture, a touch sour and savoury, tingle of acidity and a solid finish. All up, a good drink. 92 points. Gary Walsh, The Wine Front September 2019

Yallingup is our stomping ground and where the world’s greatest Cabernet and Cabernet blends are being grown! It’s deliciously warm but never hot, with the amazing dual influence of the Indian Ocean and Geographe Bay. In our new ‘Cabernets’ we have used our own beloved Sheoak Cabernet and added some Merlot from the Simpson property belonging to our neighbours, with whom we’re lucky enough to share the amazing valley.
Sometimes shit just goes right. The 2018 vintage is to high-end Margaret River Cabernet what peas are to carrots. It was that good – not too hot nor too cold, with moderately high growing-season rainfall and, most importantly, a long, dry, benign finish. We started picking on 29th March and from the moment the fruit hit the fermenter it was destined to be a classic.
Instantly perfumed and richly coloured, the wine spent 12 days on skins with a peak fermentation temperature of around 28ºC. The wine was pressed to tank and settled briefly, before being transferred to a combination of new (25%), two- and three-year-old barrels to undergo malolactic conversion. The wine was racked only once in this time and, after 15 months in oak, was emptied from barrel. At this juncture we decided the final make-up of 87% Cabernet Sauvignon with 13% Merlot. These wines were then settled together, clarified and bottled.
Cabernet is king, and long will it reign in our eyes. If this modern new blend doesn’t resonate hugely with you all then there’s something amiss in the realm. It’s expressive, medium-bodied and smells of hope wrapped in pure emotion. – Alana & Julian Langworthy