“These are some of the very best wines I have ever tasted from La Spinetta,” says Antonio Galloni of Vinous Media. “Proprietor Giorgio Rivetti and long-time winemaker Stefano Mazzetta have turned out a superb set of wines. The 2015 Barbarescos are racy and intense – as they always are – but the wines are also increasingly translucent and finessed.”
It’s a pleasure to be able to offer an extensive range from this distinctive and visionary Piedmontese grower, taking in three Barbaresco wines from 2015 as well as some rare whites that are well worth a look.
In addition, we really glad we heavily double dipped on the cru wines from 2010, because it was such a tremendous harvest in Barolo and Barbaresco. These are entering an amazing phase right now, and we have small parcels available if you’re interested. 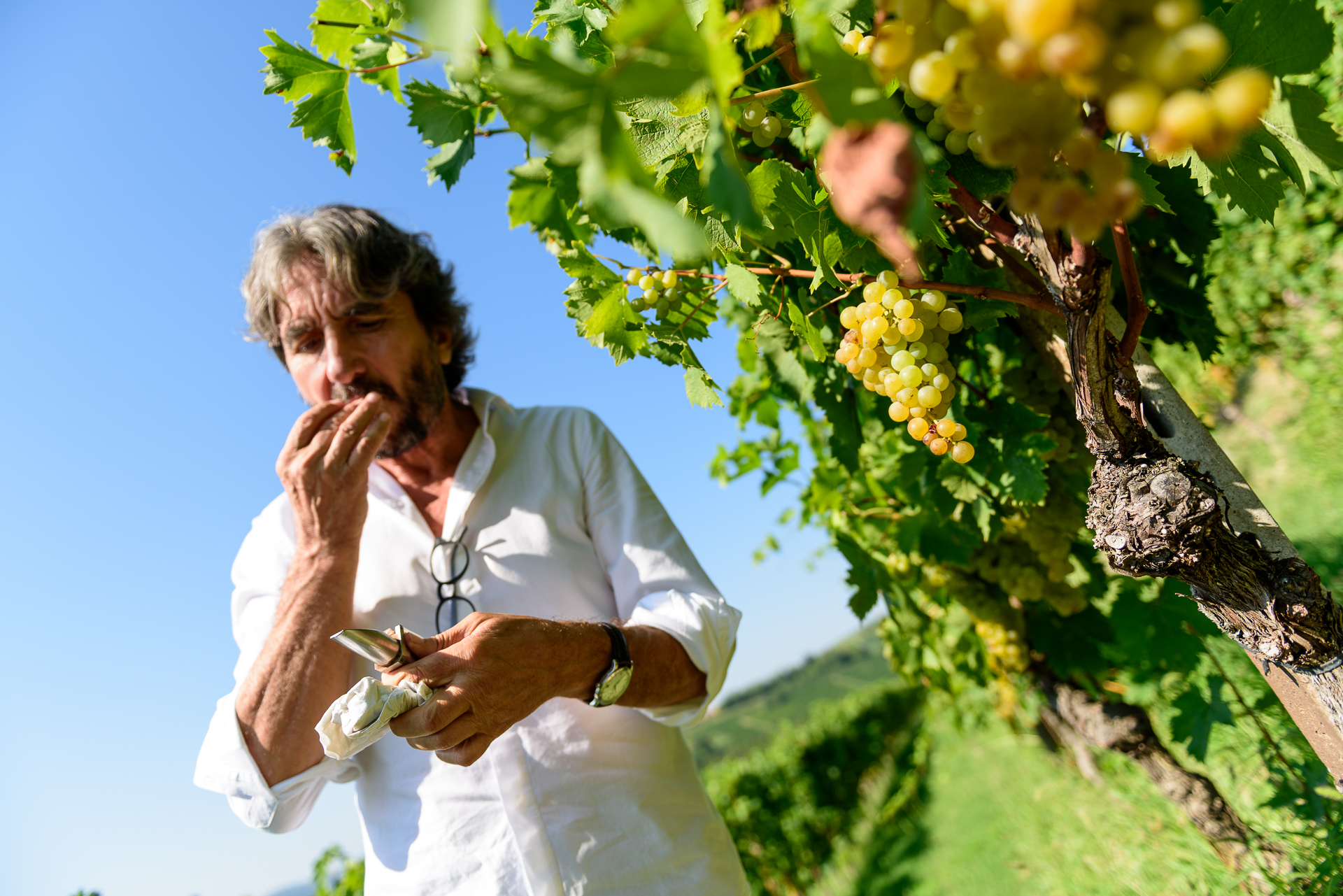 WHITE
2014 La Spinetta Langhe Bianco RRP $96
100% Sauvignon Blanc from 36-year-old vines on the south-facing sandy soils of the Mango site, which sits at 500m above sea level. Barrel fermented in 2,000-litre French oak casks, where the wine undergoes malolactic conversion and about 12 months’ maturation. It’s then transferred to stainless steel for almost two years before bottling.

2015 La Spinetta Lidia Chardonnay RRP $154
The Mango vineyard, named for its sandy soil, is located in Piedmont and sits 500m above sea level. Both alcoholic and malolactic fermentation are done inside large French oak barrels before the wine is transferred to stainless steel vats for 24 months. The wine is named in honour of Lidia Rivetti, founder and mother of Giorgio, who now runs the estate.
Plenty of smoky oak here, but the concentrated, dried-pear character takes it in its stride. Vibrant for a 2015 with a ton of energy at the long, clean finish. Drink or hold. 93 points. James Suckling, jamessuckling.com September 2018

RED
2014 La Spinetta Barbera Cà di Pian RRP $53
The grapes are sourced from the Rivettis’ Castagnole and Costigliole vineyards where the vines have an average age of 29 to 34 years, nestled among calcareous soils rich in calcium carbonate from the underlying chalk and limestone rock. Here the vines are elevated at 300m with southern exposure and trained in the Guyot system. The vineyards see no pesticides or herbicides.
The fermentation for the Barbera Cà di Pian goes for seven days in temperature-controlled rotofermenters, and malolactic conversion takes place in oak. For twelve months the wine sits in new and partly used French oak before being transferred to stainless steel tanks for a further 12 months. After bottling the wine is aged for a further 12 months and is released four years from harvest.
A rich and fruity wine with oyster shell and dark berry character. Some wet earth. Medium to full body. Flavorful finish. Serious. Well done for 2014. Drink now. 91 points. James Suckling, jamessuckling.com

2015 La Spinetta Langhe Nebbiolo RRP $53
The Langhe Nebbiolo grapes come from the estate-grown Starderi cru site in Neive, with calcareous soil of limestone and chalk. In line with La Spinetta’s biodynamic philosophy no pesticides or herbicides are used. Nestled in a small valley the wines made from the Starderi Vineyard show power and length. With an average vine age of 19 to 22 years, the Langhe Nebbiolo shows a significant resemblance to that of a Barolo.
With fermentation lasting for seven days in a temperature-controlled environment the wine is transferred to barrels for malolactic fermentation. The wine sees 12 months in new and partly used French oak before being moved to stainless steel vats for two months prior to bottling. From here the wine ages in bottle for 12 months with no fining or filtration. The Langhe Nebbiolo is finally released three years after harvest.

2015 La Spinetta Barbaresco Bordini RRP $117
Grown in calcareous soils of the four-hectare Bordini Cru site in Neive at an elevation of 270m above sea level. The wine is fermented for eight days in temperature-controlled rotofermenters, with malolactic conversion taking place in barrels. The wine is aged in 50% new and 50% used, medium-toast French oak barrels for 20 to 22 months, and then transferred to stainless steel tanks for another three months before bottling. The Barbaresco is bottled with no filtering or clarifying, and aged for a further 12 months before its release four years after harvest.
Decadent and rich aromas of smoked meat, ripe fruit and rose stems. Lots of leather, too. Full body, round and soft tannins and a delicious finish. Give it a year or two to come around more, but already delicious. 92 points. James Suckling, jamessuckling.com September 2018

2015 La Spinetta Barbaresco Starderi RRP $293
Sourced from the Starderi cru site, 270m above sea level. The calcareous soil features a lot of chalk and limestone. The vines have an average age of 52 to 57 years and are farmed sustainably, with no use of pesticides or herbicides. The Barbaresco is fermented for eight days, with malolactic conversion taking place in oak. The wine matures in new, medium-toast French oak for 20-22 months before being moved to stainless steel vats for three months. The wine is bottled and aged a further 12 months without filtration or fining.
The 2015 Barbaresco Vigneto Starderi rounds out this series of Barbarescos from La Spinetta in grand style. I don’t think the Starderi has ever been so elegant or refined as it is in 2015. Medium in body and translucent, the 2015 possesses remarkable purity and nuance in its red-toned fruit and floral aromatics. The oak needs time to fully integrate, but readers should not be planning on opening bottles anytime soon, as the youthful tannins are also imposing. Bright citrus and floral notes add the closing flourishes. 95 points. Antonio Galloni, Vinous Media October 2018

2015 La Spinetta Barbaresco Gallina RRP $272
The grapes hail from the first cru site La Spinetta purchased: Gallina. It features calcareous soil with bounteous chalk and limestone. The average age of the vines is 56 years. True to the La Spinetta philosophy, no pesticides or herbicides are used. Prior to its release three years from harvest, this Barbaresco sees fermentation for eight days in a temperature-controlled environment. Malolactic fermentation takes place in oak before maturation for 20-22 months in new, medium-toast French oak barrels. The wine is aged for a further three months in stainless steel vats. No filtration or clarifying is done before bottling and a further 12 months’ aging.
The 2015 Barbaresco Vigneto Gallina is absolutely gorgeous. Vivid and nuanced on the palate, the 2015 is fresh, juicy and flat-out delicious. The Gallina is often a shy wine that needs time in bottle to truly blossom, but the 2015 seems to have skipped that initial phase of reticence. In two separate tastings, the 2015 has been incredibly sensual and polished. Historically, the Gallina has the most consistent track record in aging of the three top Barbarescos in the range. It will be interesting to see if that is the case here as well. For now, the 2015 Gallina is one of the finest wines I have ever tasted from La Spinetta. 96 points. Antonio Galloni, Vinous Media October 2018 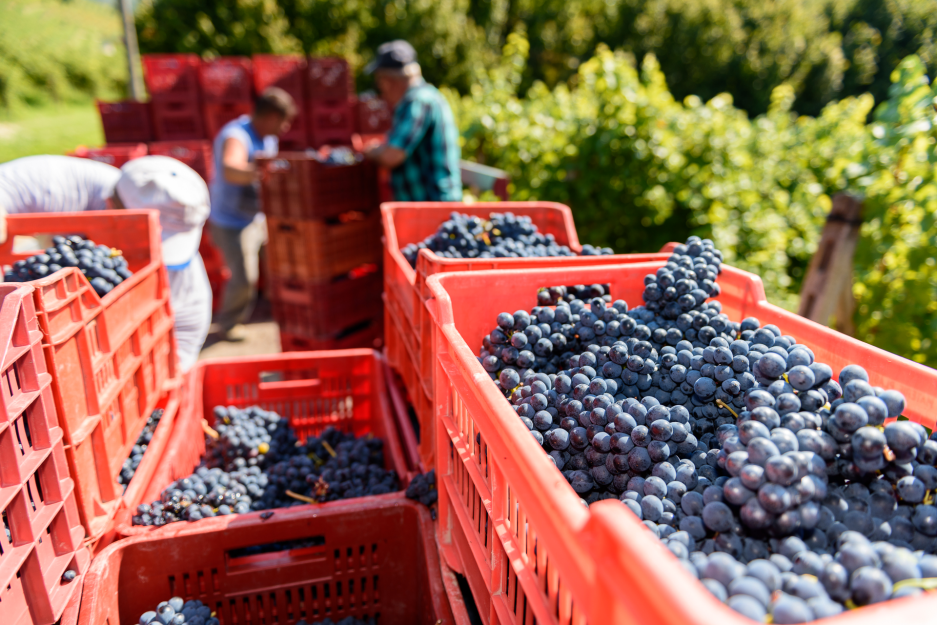 2010 La Spinetta Barbaresco Gallina RRP $248
A Barbaresco that shows unique dried-fruit and warm-stone aromas, like a warm summer afternoon in the vineyards. Full body with velvety tannins and fresh acidity. It’s long and intense. Lots going on here. Powerful. One of the best Gallinas ever from here. Better in 2018, but wonderful to taste now. 97 points. James Suckling, jamessuckling.com March 2015

2010 La Spinetta Barbaresco Valeirano RRP $248
Located in the town of Treiso lies the smallest of La Spinetta’s vineyards, with a mere three hectares. Valeirano is one of the most important crus, with vines aged from 50 to 55 years. It has calcareous soil scattered with large stones, providing excellent drainage. Released three years post-harvest, the Barbaresco DOCG sees an intensive aging process, with up to 22 months in new French oak, then three months in stainless steel tanks and a further 12 months in the bottle. It gets no fining or filtering, and can be cellared for up to 30 years. Fermentation is a slow eight days in rotofermenters at a controlled temperature before malolactic conversation takes place in oak.
Fruit for the 2010 Barbaresco Vigneto Valeirano is harvested at 450 meters above sea level in the Neive township. These conditions shape a radically different character. This wine is precise and sharp with finely etched tones of spice, dark berry and wet earth. The overall structure and power of the wine is super elegant and immediate. You can safely put this bottle away for years. Anticipated maturity: 2016-2035. 96 points. Monica Larner, eRobertParker.com June 2013

2010 La Spinetta Barolo Campè RRP $116
The Nebbiolo grapes for this Barolo are from the Campè vineyard in Grinzane Cavour, with calcareous soil and vines aged 52 to 58 years. This wine is intense and vibrant, with beams of tannin. In line with DOCG requirements, the wine is aged for 24 months in barrels (new French oak) before maturing for a further nine months in stainless steel vats and an additional 12 months in bottle. The wine is released four years after harvest and can be cellared for up to 35 years.
Lots of flowers, stem and berry character on the nose. It’s full bodied, with chewy tannins and a long, long finish. Big and powerful for the vintage. Needs at least five years of bottle age. Try in 2019. 95 points. James Suckling, jamessuckling.com March 2015

2017 La Spinetta Moscato d’Asti Bricco Quaglia RRP $40.50
375ml RRP $28
Italy’s first single-vineyard Moscato comes from vines of between 35 and 40 years old, on a calcareous and sandy-soil, south-facing slope at an elevation of 300m. Farmed sustainably, with no use of herbicides or pesticides. It’s yellow with green tints, sweet with dried apricots and crisp peach, with remarkable freshness and brilliant fruit flavours, bright acidity and a zingy finish. 5.5% alcohol by volume.