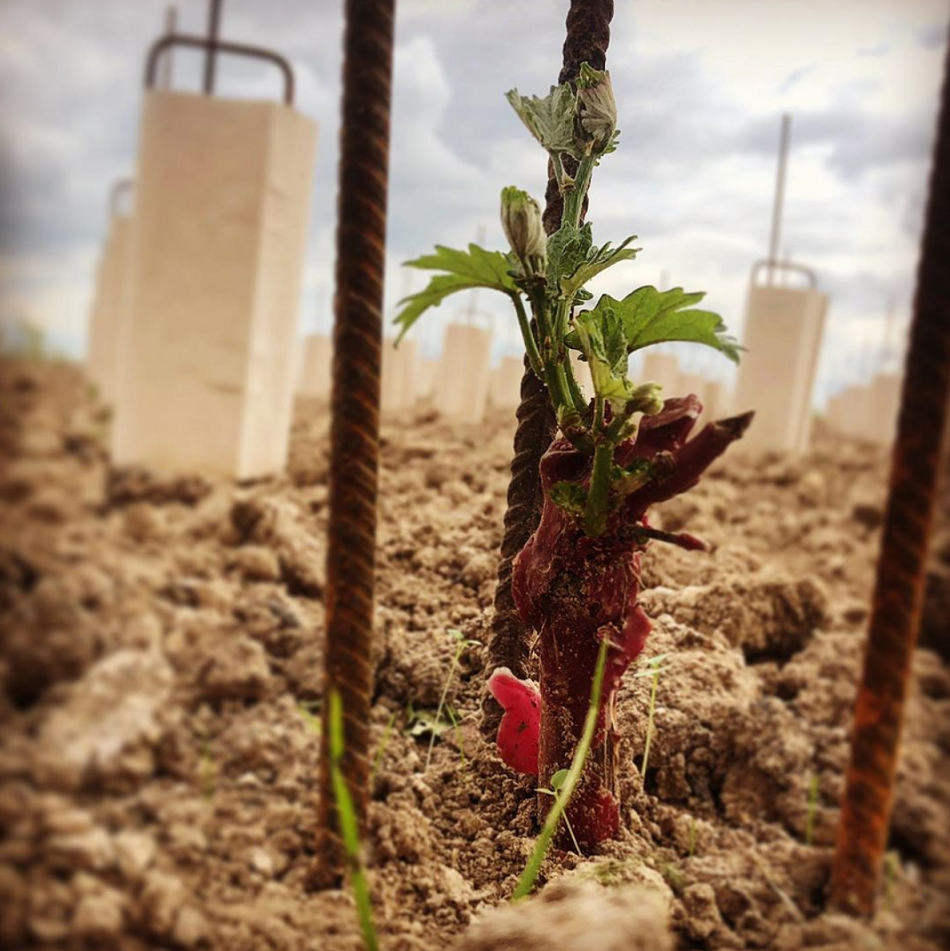 We’re entering the third year of our relationship with the super-talented husband-and-wife team at JmSélèque. And the start of a new decade seems like a good time to introduce the latest instalment of Jean-Marc and Oriane’s excellent wines.
The Solessence trio that underpins the range have quickly established themselves as staples among grower-conscious fizz lovers here in Australia. Their combination of freshness, character and assured balance give them the thrill factor we should all expect from Champagne. The other non-vintage wine here is the latest disgorgement of the five-terroir Chardonnay cuvée, Quintette. It’s based on the superb 2015 harvest.
A vintaged Soliste Chardonnay joins the Meunier this time around, and alongside those is the latest rendition of the infusion Meunier rosé. Rounding out the offer are two versions of Jean-Marc and Oriane’s flagship cuvée, Partition. The first hails from 2013, while the second is the second “reading” of 2008 – the harvest that saw Jean-Marc Sélèque make his debut at the domaine.

Slightly reductive and appley at first, this opens with chamomile, praline and grilled almonds. Medium-bodied and very tangy, this is a steely and compact Champagne with integrated bubbles. Drink now. 92 points. Nick Stock, jamessuckling.com September 2019

The NV Extra Brut Solessence 7 Villages is bright, focused and full of energy, not to mention a terrific introduction to these Champagnes and Jean-Marc Sélèque’s style. The low dosage of 3 grams per litre gives the Solessence real energy and briskness throughout. Bright Chardonnay top notes meld together with the textural richness of the Pinots in a wonderfully complete, expressive Champagne. Hints of dried flowers, sage, mint, red plum and citrus peel add the closing shades of nuance. Disgorged: January, 2019. 91 points. Antonio Galloni, Vinous Media December 2019

Dried citrus fruit, green apples, bread crumbs, croissant, pain au chocolat, loquat and nectarines. The bubbles here are so, so fine, and the body and structure are just as sleek and well-formed. Laser-guided and precise on the finish. Drink now. 95 points. Nick Stock, jamessuckling.com September 2019

The NV Brut Nature Solessence Nature 7 Villages, here in its non-dosé version, pulses with notable energy. Green orchard fruit, citrus peel, mint and floral notes abound. I find this bottling a bit severe and angular because of the lack of dosage, but it is nicely balanced within the style just the same. Disgorged: October, 2018. 90 points. Antonio Galloni, Vinous Media December 2019

A very striking rosé with strawberry-cream and watermelon aromas, in a super fresh mode. The palate has a very deep and vinous texture with fresh wild strawberries and raspberries, delivered in a zesty and appealing style that really holds impressive depth and detail. Beautiful, berry-biscuit finish. This is made using the Solessence base blend, to which is added 10% Pinot-Meunier juice after two days of maceration and 5% red Pinot Noir. Drink or hold. 94 points. Nick Stock, jamessuckling.com September 2019

2013 JmSélèque Soliste Chardonnay Brut Nature RRP $190
100% Chardonnay from the Dizy 1er cru parcel, Moque-Bouteille. It sometimes happens that a wine stands out, that it challenges you, and it was the case in spring 2014 when we started to taste the wines of vintage 2013. A barrel (300 litres) clearly stood out; there was a form of balance and identity in this wine that surprised us. It was impossible for us to blend it.
Moque-Bouteille is a very calcareous soil, where the vine manages somehow to grow. We make small yields there as his name suggests. The wines are rich and concentrated. Sometimes excessively so, which is why we usually blend it. But in 2013 – a fresh, late and chiselled vintage – we found a rare balance between concentration and freshness. It is with pleasure that we present this wine that will be a landmark, because we have not repeated it since 2013.
This wine was vinified in barrel, with the vin clair spending eight months on the lees. It was bottled without fining or filtration, and spent five year on lees on cork following the second fermentation. Zero dosage.

The 2013 Brut Nature Soliste Chardonnay is laced with the essence of citrus peel, white pepper, flowers, mint and crushed rocks. The natural ripeness and fruit intensity of the year are present, but they feel attenuated, almost trapped by the non-dosé style. As good as the 2013 is, a touch of dosage might have allowed for a fuller expression of the vintage. Disgorged: September, 2018. 91 points. Antonio Galloni, Vinous Media December 2019

2013 JmSélèque Infusion Soliste Meunier Extra Brut RRP $140
100% Meunier from the Pierry 1er Cru parcel if Les Charmiers, which was planted in 1964. It’s on the mid-slope of limestone ridge with Campanian chalk soils. It features flinty clay and small lumps of calcite. It is vinified entirely in oak barrels, and is aged on lees under crown seal for four years. Dosage: 2g/L.

2014 JmSélèque Soliste Meunier Extra Brut RRP $190
100% Meunier from the very special Pierry 1er cru parcel Les Gouttes d’Or, which was planted in 1951. The vines are at the bottom of the hill, on ochre clays with strong a presence of flint calcite, on Campanian chalk. The wine vinified in oak barrels (50%) and a concrete egg 50%. The wine is aged on lees on cork for four years. It is unfined and unfiltered and was given a dosage of 2g/L at disgorgement.

The 2014 Extra Brut Soliste Meunier is another brilliant wine in this line-up. Varietal Meunier notes race out of the glass in a tense, brilliant Champagne loaded with character. Wild flowers, spice and minty overtones add brilliant top notes to this classy, vibrant Champagne. As with all of these wines, low dosage brings a palpable sense of tension. Here, that approach works quite well. Dosage is 2 grams per litre. Disgorged: September, 2018. 92 points. Antonio Galloni, Vinous Media December 2019

Dried bread crust, lemon meringue, apple strudel, guava peel and cinnamon. On the edgier side of affairs, this is a very mineral style of Champagne with forthright acidity and lots of tart pears and apples. Drink now. 93 points. Nick Stock, jamessuckling.com September 2019

2008 JmSélèque Partition Extra Brut – 2ème Lecture RRP $190
To present this wine, I must go back to my beginnings as a winemaker. Indeed 2008 was my first vintage at the domaine. At that time, my wish was to create a cuvée of great aging potential that future generations could taste much later. To do so, I had selected the 7 most beautiful parcels of the vineyard, tasted each of the barrels of these plots and composed a harmonious, precise and elegant blend . In my opinion, these are the essential characteristics of a great wine.
Long is the path of trust in wine. We first offered a reading of this wine after five years of ageing; in 2013 the 2008 Partition was released, 1500 bottles out of the 2000 produced came out of our cellars. Another 500 bottles of the cuvée were kept for longer ageing, to offer you a second reading of the wine after 10 years (about 240 bottles) and secondly to establish an oenothèque, memory of the domaine.
2008 was a rather northern vintage. Freshness in winter, followed by a muddy, rainy spring with a vegetative cycle that kicked off late. A dry and very hot month of May favoured the growth of the vine, but after mid-June a fall in temperatures disturbed the flowering, leading to coulure and millerandage. August was a little sunny and fresh compared to the last 10 years. Early September was cloudy and rainy. The sun appeared a few days before the first snips. The harvest took place in dry and particularly cool weather, especially at night. The wines produced are dense, tense and present a beautiful freshness. After 10 years of aging, we can probably say that 2008 is a great Champagne vintage and that it will offer beautiful years of tasting to come.
Finally, why Partition? As you’ve probably noticed, the label has a different score each year. A music related to the events of the year, represented by 7 musical notes like the 7 barrels of the 7 plots. Partition 2008 2ème Lecture’s label is a nod to the album cover of this music, which we will take care not to reveal to you in writing
72% Chardonnay, 14 % Meunier and 14% Pinot Noir. The parcels harvested for this blend are: Vertus 1er Cru La Justice planted in 1950; Dizy 1er Cru Moque-Bouteille planted in 1985; Epernay Les Frileux planted in 1959; Mardeuil Les Basses Ronces planted in 1982; Pierry 1er Cru Les Tartières/Les Porgeons planted in 1990 et 1985; and Pierry 1er Cru Les Gouttes d’Or planted in 1951; and Pierry 1er Cru Les Gayères planted in 1975. The soils are a mix of silty clay and flinty clay on a chalky subsoil. The musts were vinified entirely in oak barrels and bottles without fining or filtration. The wine was aged on lees on crown seal for 10 years before disgorgement with a dosage of 1.5g/L.