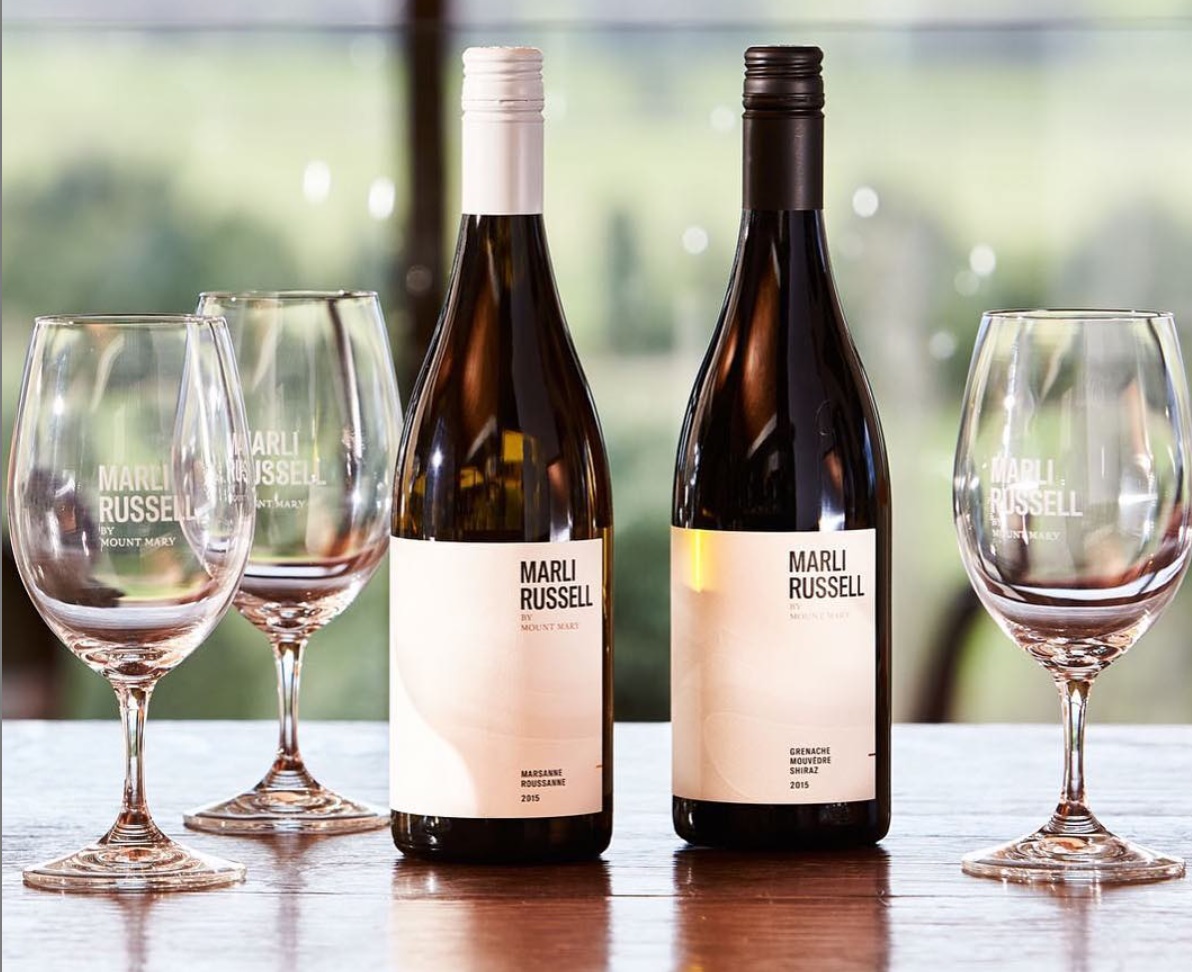 Seems like only yesterday this was little more than a curio as far as some were concerned. “Flag-bearing family masters the Bordeaux and Burgundy varieties and turns its attention to Rhône as a flight of fancy” – something like that. “Grenache in the Yarra? Let me know how that works out!”
But those in the know knew from the outset the Middletons don’t do things on a whim. The long-term vision was imbued with the same fixity of purpose as anything else here, and the planning and execution was as meticulous as one might expect from an estate that started planting these grapes 10 years before being announced as James Halliday’s 2018 Winery of the Year.
Now four vintages in, we can tell you how it worked out – although we’ll borrow the words of those paid to make such judgements. “This is a fantastic, understated yet elegant wine. And drinkability is through the roof,” was Mike Bennie’s verdict of RP1 from 2016.  Meanwhile the Wine Front scribe was equally effusive about the 2016 RP2. “Lovely perfume. Has a softness to taste, supple, very long, very pretty in its just-ripe fruit characters and set on sheets of lively acidity and faint peppery spice,” wrote Bennie. “Lots of charm, sleekness, drinkability.”
To recap, these are the wines named for the grandmother of third-generation winemaker Sam  Middleton. Marli Middleton (née Russell) always showed enthusiasm for the boundary-pushing ideas of the family – and that’s precisely what this was when they began planting new plots in 2008. Partly in response to the changing climate, they chose seven varieties traditionally grown in the Rhône Valley. Marsanne, Roussanne and Clairette were the white trio, while the red quartet comprised Grenache, Syrah, Mourvèdre and Cinsault.
In 2016, the white and red blend – rechristened RP1 and RP2 respectively – contained all the varieties between them for the first time since the tiny debut bottlings of 2014.

2017 Marli Russell RP1 40% Marsanne, 40% Roussanne, 20% Clairette RRP $53
This blend is made from Marsanne, Roussanne and Clairette and  will vary from vintage to vintage. We have adopted a similar approach to the way we make our other white wines at Mount Mary. Barrel fermenting, lees stirring and relatively hard pressing give this wine great texture and depth of flavour. We choose to pick these varieties relatively early to avoid excessive viscosity which can occur when they are grown in warmer climates and picked riper. We believe this helps to achieve a food friendly style. We are excited by how well these varieties seem suited to our site, and look forward to seeing how this blend continues to evolve.
2017 in the Yarra Valley was one of the best white wine vintages we have seen in decades. These varieties were no exception. The 2017 Marli Russell RP1 displays a tremendously expressive nose of honey, pear, citrus and wildflowers. The pure fruit expression seen on the nose is also reflected on the palate. There is an array of flavours on display here from riper fruits including pineapple and melon through to citrus (lemon, lime and orange). This wine is powerful and concentrated with brilliant length and persistence but shows a pristine acid profile and freshness thanks to the brilliant 2017 growing season. We believe this wine will age beautifully, building richness in bottle. In time, expect the dominant fruit characters to subside and make way for nutty, more savoury complexities. – Sam Middleton, Mount Mary

2017 Marli Russell RP2 55% Grenache, 20% Shiraz, 20% Mourvedre, 5% Cinsault RRP $66
This blend is made from Grenache, Shiraz, Mourvèdre and Cinsault and will vary from vintage to vintage. This wine stylistically follows on from other Mount Mary red wines as well as showing all the hallmark characteristics of these fascinating varieties, when grown in cool climates. These varieties are fermented using a large percentage of whole berries as we feel this helps to maximise the expression of the fruit. This wine is matured in barrel (the Grenache in large format oak)  for 16 months with only a very small percentage of new oak used in  order to preserve the natural complexity of the fruit.
2017 marks the fourth rendition of this blend from our vineyards here at Mount Mary and seems quite obviously the most expressive, fruit forward example we have made  to date. The cooler growing season allowed these varieties to hang on the vine longer than is often the case in warmer seasons, encouraging beautifully ripe flavours to develop at moderately low alcohol levels. There is an array of fruit present on the nose including poached strawberry, cherries, redskin, and spice. The palate is light to medium bodied but shows so much persistence and length. There is a very fine line of tannin through the spine of this wine offering some structure and giving it a savoury edge. While this wine is ready to be drunk and enjoyed immediately, we believe it will continue to improve over the next 5-10 years. – Sam Middleton, Mount Mary