Wantirna Estate hasn’t got where it is today by being a slave to fashion. Reg and Bettina Egan were, as James Halliday puts it, “among the early movers in the rebirth of the Yarra Valley”. Back in 1963 when they established the domain, you might perhaps have accused them of being trend-setters. Not since, though. The parameters are set by the boundaries of the Egans’ property, and a vineyard planted to those grapes which, time has shown, this region grows to most distinguished effect. Moreover, philosophy holds change in check. This is and always has been an enterprise that strives for profound and lasting stimulation. Time is treasured here, and small is certainly beautiful. In an era of fast fashion and bigger is better, the Egans appear to buck just about every trend going. They’re dictated to solely by the season and their vines, and by a deep and abiding love of great wine.
“But oh! – the fashions of the wine business,” exclaims Maryann Egan – because they’ve found themselves inadvertently en vogue. The prevailing desirability of single-vineyard wines is one trend that’s caught up with Wantirna Estate. “So we find ourselves among the fashionable types for once, having always made wines that only use grapes that come from this place, this unique plot of 12 acres, with its equally unique climate that is tucked away in Wantirna South,” she says.
Maryann makes a similar observation about the family’s long-time use of concrete fermentation vessels. The material has since become de rigueur in a lot of hip wineries. “Again by accident we’re on trend,” she jokes. And then there’s the return to respectability of – whisper it quietly – Cabernet. Reg and Maryann’s curious and cosmopolitan approach to drinking wine means they’ve no quibble with the experimental or obscure offerings that have hogged the vinous limelight lately. At the same time, the enduring charm of the classics is a source of satisfaction. “Despite these changing trends the Cabernet blends have maintained their spot with the purists and are even rising up the ranks of fashion again,” as Maryann puts it. “Personally Cabernet blends have never lost their charm but we understand and also share the wide interest in the world of wine.”
It’s also worthy of note that the single progressive change implemented here is a concession to quality. After following their Chardonnay’s development under screwcap for a few years, and conducting further trials with the Pinot, the Egans have moved to this closure for all of the wines (though the ‘14 Hannah was bottled under cork before this decision was taken).
Being cool and current doesn’t figure on the list of priorities for Wantirna Estate. But you don’t need to get real if you’re real already.
The wines of 2014 and 2015 are, as always true to themselves, true to the vineyard, and true beauties to behold. – Maryann Egan 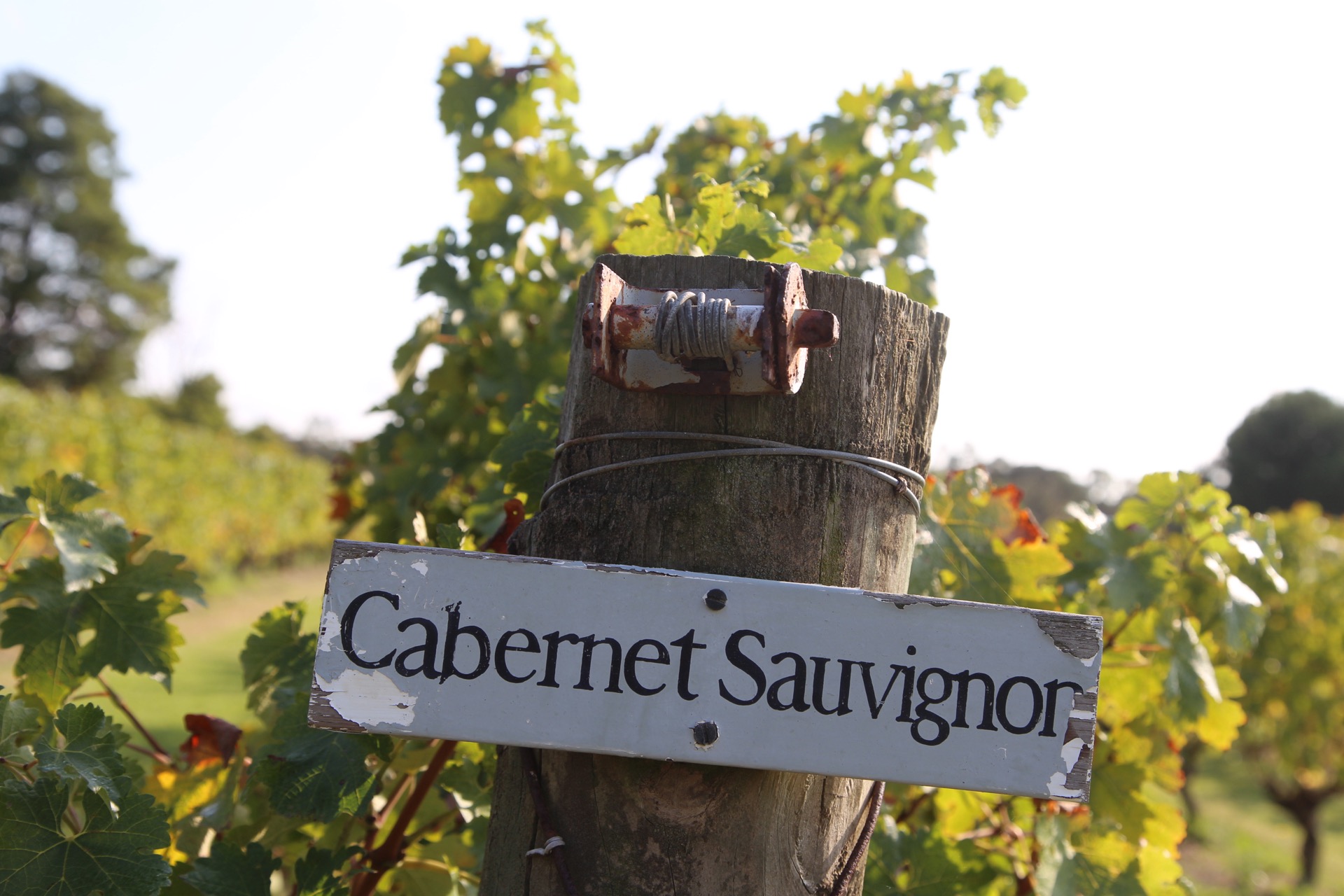 2015 Wantirna Estate Isabella Chardonnay RRP $85
The Chardonnay vines are grown on a gentle, east-facing slope allowing early-morning and late-afternoon sunshine. This aspect is perfect for growing top-quality Chardonnay grapes. Today the average age of the vines is over 40 years, which adds to the complexity of the fruit.
The 2014 grapes were lovely, but such a tease. While some of the vines had a gorgeous fullish crop of plump berries, other vines had little fruit at all. Chardonnay berries are really rather lovely as they ripen, golden on the sunny side, and a crisp yellowy green on the southern side of the vine, actually making it quite difficult not to pop the occasional berry into your mouth while picking.
The total juice yield after pressing was only 430 litres per tonne, which is pretty low. We could crush and squeeze and squeeze the fruit more to get higher yields, but we just think that the level we go to – based on taste and visual examination – is about right. To chase quantity of juice does jeopardise the quality, as the skins break down and allow more phenolic to be extracted. The longer pressing time that extra squeezing requires also oxidises the juice and robs it of some of the delicate fruit flavours that we like to capture. So we simply abide by the quality not quantity mantra. The 2015 Isabella is true to our style – fruit forward but with richness and a background touch of toasty oak. – Maryann Egan

Beautiful wine. So effortless and composed, yet full of flavour too. Pear and ripe grapefruit, cashew cream, cedar and clove spice oak. Medium bodied, pure ripe fruit backed with gentle toasty oak, some flinty texture and cool almost limey acidity, with star anise and cloves studding the finish with perfume and spice. A sort of lathed wood and cognac lift comes through if it’s served too warm, so keep it cool, but not cold. 94 points. Gary Walsh, The Wine Front December 2016

2015 Wantirna Estate Lily Pinot Noir RRP $85
The vineyard has three distinct blocks of Pinot Noir and these are all hand harvested separately. Despite the vineyard area being only 10 acres in total, the different blocks each deliver unique characters and there’s often up to two weeks’ difference in the harvest dates. The mature block – with vines dating back to the early 1970s – gives the wine its savoury tones and fine tannins. The Front Block fruit is spicy whilst the Fruit Tree block is generously fruity. Each component adds complexity when blended together, making the style of Pinot Noir Wantirna Estate is known for.
Winemaking is fairly traditional. The fruit is processed within an hour of being picked. Firstly it is destemmed into open vats. Once fermentation begins the ferment is hand plunged three to four times per day. After fermentation the wine is pressed off and transferred to barrel for about 11 months. A variety of French oak coopers are used and we generally opt for about 30% new oak.
The 2015 vintage took us a little by surprise. Whilst it had been an early budburst and hence early season, it is fair to say that we didn’t expect to be actually picking grapes on the 18th and 19th February. We weren’t alone though as word from other vineyards in the Yarra came back of a record breaking early start to harvest. Part of the reason it was early went back to spring and budburst. The other reason was the mildish January that we’d had. Instead of the vines shutting down their ripening process due to temperatures above 32 degrees, the milder December/January meant the ripening ticked along. So by mid-February we had both the Chardonnay and Pinot Noir all picked and tucked away in the winery. The grapes were lovely; perfect. Picked, destemmed and into open fermenters before midday, ensuring that they were still cool from the low overnight temperatures.
The usual winemaking followed – hand-plunging, some gentle pumpovers and then into barrel for maturation. The obvious difference you will see this year is the finish on the bottle – yes it’s a screwcap. We had always thought we’d watch the progression of the Isabella under screwcap. And after five years we are happy with the wine’s evolution. So after a few trials with the Lily, the change was made. – Maryann Egan

Musky rose and spice perfume, red cherry and raspberry, cedar and toast. Medium bodied, and light in frame and elegant in red fruit flavour, but served with substantial Turkish coffee tannin that coats and coasts on to the long finish. Acidity is just right, and it feels serious, and playful at once. Delightful. Needs a couple of years more in bottle I’d say. 95 points. Gary Walsh, The Wine Front December 2016

2014 Wantirna Estate Amelia Cabernet Sauvignon Merlot RRP $85
A large proportion of the grapes for this wine come from the original 1963 plantings of Cabernet Sauvignon, Merlot and Cabernet Franc vines. The remainder is from the more recently planted – 1989 – Petit Verdot. Whilst the proportions are different every year, depending on fruit set and cropping levels, roughly speaking the break down is about as follows: 65% Cabernet Sauvignon, 30% Cabernet Franc and Merlot, and 5% Petit Verdot. The addition of the Petit Verdot grapes in the 1990s gave the wine an added backbone of tannin and natural acidity. With its long growing season, the Petit Verdot grapes are the last to be harvested, usually in mid-April.
The 2014 Amelia is an expression of that year in our vineyard. In fact it was a year when the Merlot and Cab Franc component equalled the Cabernet Sauvignon in terms of proportions, with the Petit Verdot playing its 8% support act. All the grapes gave us tiny berries, so the result is some fabulous fruit flavours supported by fine tannins. The ‘14 is somewhere between the richness of the much lauded 2010 and the elegance of the 2013. This wine too is finished with a screwcap. – Maryann Egan

2014 Wantirna Estate Hannah Merlot Cabernet Franc RRP $145
A special-release wine of which only one barrel is made each year – making approximately 288 bottles. A blend of around 50% of each variety, the wine is aged in a new barrique from the Burgundian cooperage of Dargaud and Jaeglé. The wine soaks this up really well and the toastiness of the oak is very much part of the background picture. To capture the fragrance and perfume of the Cabernet Franc and the mulberry character of the Merlot, the wines are bottled after 12 months in barrel, with a further 15 months of bottle-aging before release.
The wine is inspired by the beautiful wines of Saint-Émilion, in particular Château Cheval Blanc. The intriguing fragrance and the elegant weight of these varieties make it a wine to linger over. First made by Wantirna Estate in 1999, the ageworthiness of the wine is becoming more and more evident.
Many years ago when Reg spent time wandering the vineyards of France and Italy, he saw the wineries making use of concrete fermenters that had been given either a wax or epoxy layer. Others used stainless steel, some wood. Here at Wantirna we use both concrete and stainless and can now look back and understand the popularity of the concrete. (By the way, it’s another very fashionable material being lauded by winemakers at the moment – again by accident we are on trend!) Every year our small concrete open fermenter gives us a gentle, reliable ferment, with little fiddling needed. And it does give the wine something intangible; the ferments from this vessel are always just special.
In the low crop year of 2014, the entire Merlot and Cabernet Franc crop was fermented in this vat. The ferment barely needed any attention apart from the usual gentle pumpover and monitoring of sugars. The wine is just lovely and one of our favourite Hannahs yet. As the 2014 Hannah was bottled last year (we bottle age it for a year before it is released) it has a Diam cork to seal the bottle. Future releases of Hannah will have a screwcap finish.