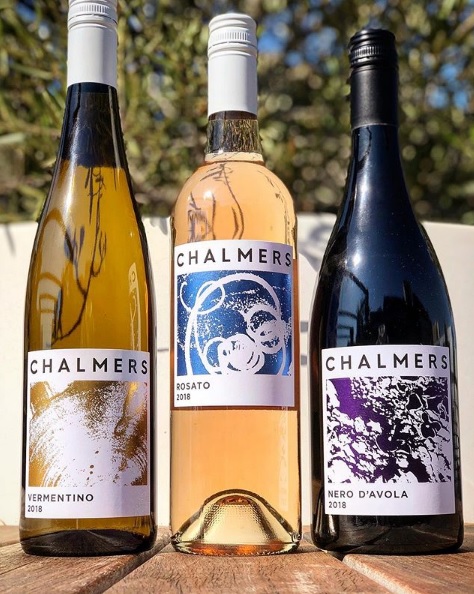 This is a tremendously exciting moment – a huge step for Chalmers where they claim their rightful place as champions of these grape varieties, in every sense. This modest, hardworking family of pioneering growers has firmly planted a flag as all-round vignerons at the top of their game. It’s all aligned: the grapes and parcels they’ve chosen; styles they’ve mastered; and no-adds winemaking in their skilful, sensitive hands.
To mark this, the start of a new chapter, we’re pleased to unveil a new-look across the range. It speaks of the confidence of the Chalmers family, and the dash of detail and colour they’ve added to the Aussie wine scene. The back-labels of these wines – all hand-picked, wild-fermented, vegan-friendly and made with no additions apart from sulphur– symbolise their openness and honesty. It’s also comfortably their best-ever release: pure fruit, fresh flow and balance, with the Italianate edges – be it a dusting of spice, acid crunch, briny tones, creeping tannin, sea-spray tang or phenolic twang – in all the right places.
To recap, in the late ‘90s the Chalmers family imported around 70 selections of new wine grape varieties and clones into Australia through their nursery business. It was a bold move and took years of hard work and passion to come to fruition. They enthusiastically promoted those varieties and shared the vines with hundreds of growers across Australia – in fact, more than 2 million vines from these original importations are now planted in the nation’s vineyards. They’re justly proud of the contribution these varieties have made. 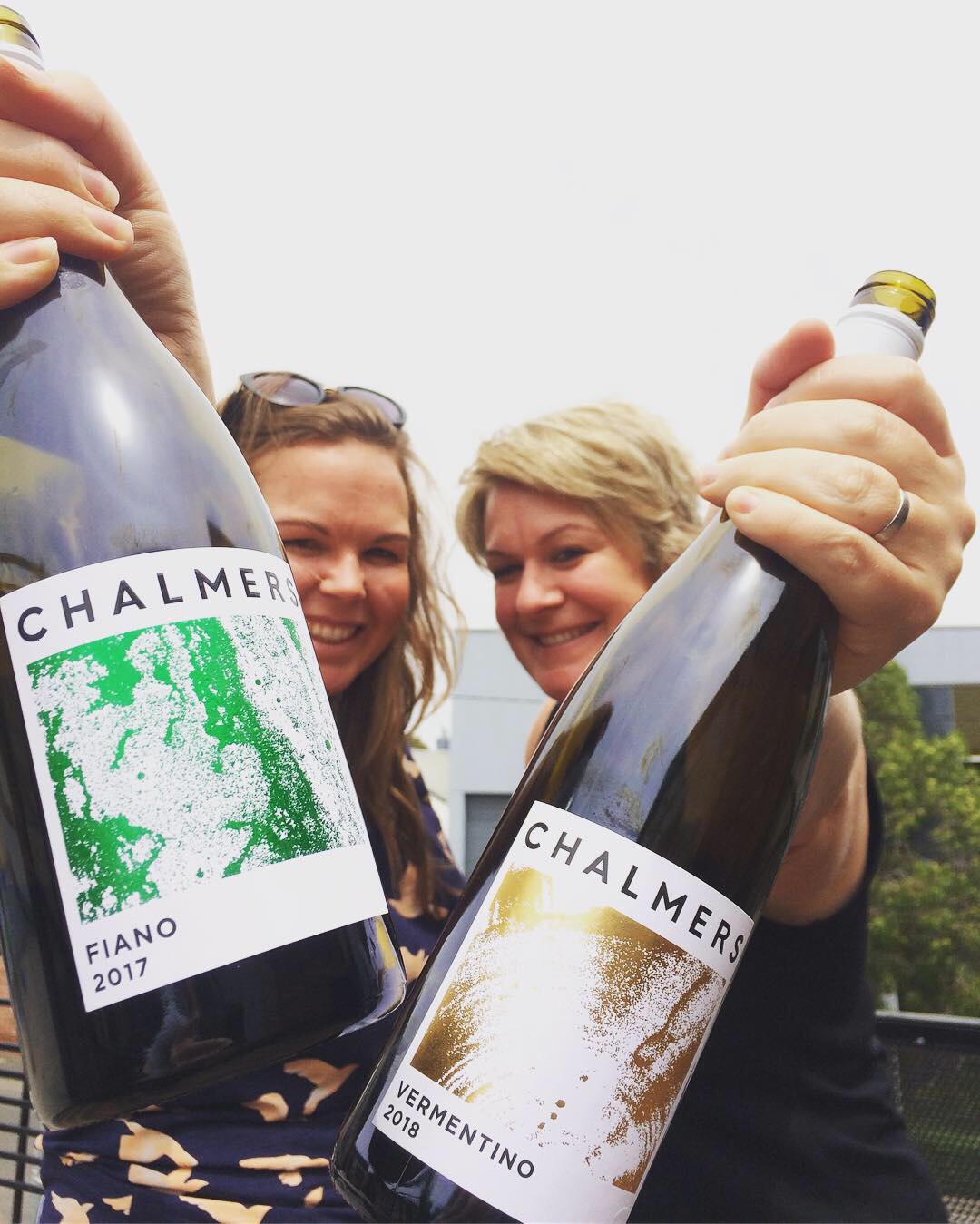 At the same time, sisters Tennille and Kim Chalmers have been edging closer to this moment. Over the years they’ve released Australia’s first Vermentino, Greco, Aglianico, Nero d’Avola, Sagrantino and Lambrusco Maestri. They’ve put each of these varieties, and many more, under the microscope. They’ve asked themselves time and again what they need in the vineyard and winery, and what they offer to the contemporary consumer. They’ve shifted to organic viticulture while homing in on the very finest blocks for their own fruit sources. They’ve finessed the wines and refined their offering. To take full advantage of this process of perfectionism, they’ve seized the reins on the production side, building a winery and handing the winemaking mantle to Kim’s charming and talented husband, Bart Van Olphen.
It’s been a pleasure to see Chalmers push boundaries to arrive at this point. A new beginning, and so much fun to be had!

2016 Chalmers Felicitas RRP $43
100% Fiano grown at an elevation of 150-170m on the red Cambrian soils of the family’s vineyard in Heathcote. Picked on 2nd February 2016. Handpicked fruit was pressed as whole bunches before traditional-method vinification with 27 months on lees. Zero dosage at bottling. Vegan friendly.
The wine is perfumed, elegant and refreshing, with notes of daffodil, nougat and crunchy peach.
Fiano vines imported by Chalmers in 2001.
First Fiano produced by Chalmers 2013.

2017 Chalmers Greco RRP $31
Handpicked from Chalmers vineyard in Heathcote, at an altitude of 150-170m. The grapes are whole bunch pressed and wild fermented, finally being aged in chestnut botte. Unfined with no acid added. Vegan friendly.
True to the variety, this Greco is bold and intense, with elements of ripe apple, poached quince and citrus pith. Mouthwatering.
Greco vines imported by Chalmers in 2002
First Greco produced by Chalmers 2005.

2018 Chalmers Rosato RRP $27
Handpicked from the Heathcote vineyard on Ironstone, dolerite, green basalt and quartz, this blend of 59% Aglianico, 31% Nero d’Avola and 10% Sagrantino is whole bunch-pressed and wild fermented. The Aglianico is aged in old barrique and the Nero d’Avola and Sagrantino in stainless steel. No acid adds. Vegan friendly.
Creamy soft raspberries, rose petals and pink grapefruit intermingle in this dry, textural Rosato.
Vines imported by Chalmers in 2000 and 2001.
First Rosato produced by Chalmers in 2009.

2016 Chalmers Aglianico RRP $43
From the highest part of the Chalmers Heathcote vineyard where Aglianico plantings are established atop the Mt Camel ridge at 225m elevation, in rocky Cambrian terrain. Handpicked, wild fermented as whole berries, then basket pressed prior to aging in chestnut botte. Unfined, unfiltered. Vegan friendly.
The wine has lovely lavender, plum and cocoa notes, with fine building tannin.
Aglianico vines imported by Chalmers in 2001.
First Aglianico produced by Chalmers in 2004. 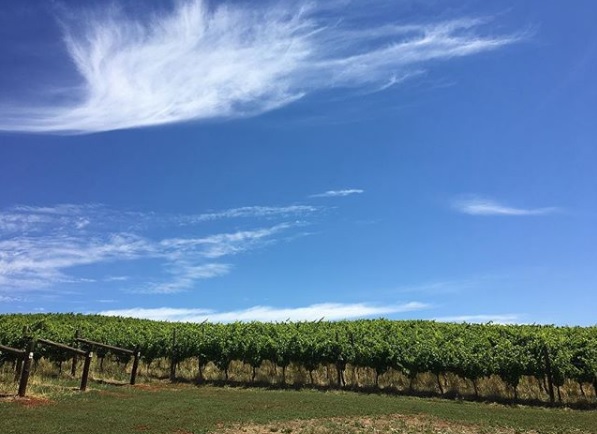