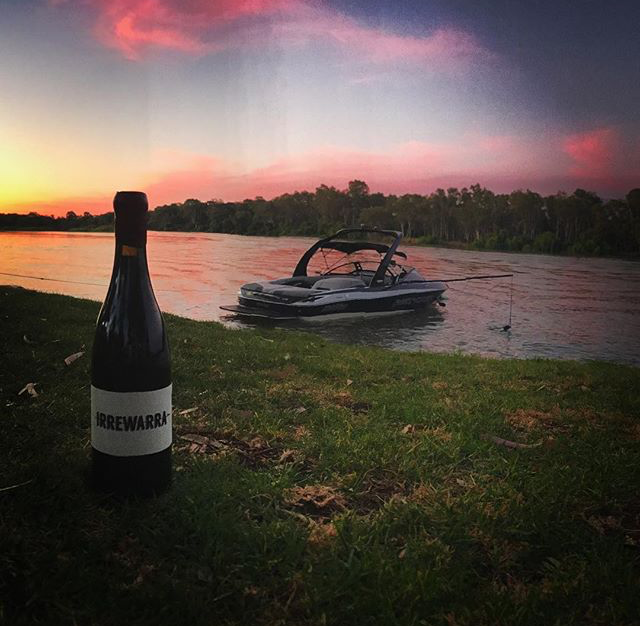 Irrewarra has been a happy hunting ground for Nick Farr. The name comes from a local Aboriginal term meaning “long spear throw”, and denotes the Nick’s venture in Victoria’s Western District, out near Colac. He’s enjoyed unleashing his immense talent in a new realm of regionality and flavour. “The wines proved to me how different a concisely moist environment like Colac can be texturally,” he says. “The Chardonnay has had great feedback from the start, perhaps because of its slippery moreishness. The Pinot was a slow burner but then really opened up, showcasing its damp-earth elegance.”
Indeed, the first wines, from 2016 and ’15 respectively, really took off. Ralph Kyte-Powell’s note summed up that Pinot’s allure perfectly: “Perfumed with floral scents, plum, cherry, spice and a hint of hoisin, it’s silky and intense, with delicious balance of ripe fruit, zesty acidity and superfine tannins. Lovely.” Meanwhile Mike Bennie captured the spirit of the Chardonnay: “The palate has a good feel, etched with fine chalky fringes, concentrated with leaner fruit character, driving with assertion across the palate to a fine, mineral-laden finish. It’s got so much going for it, deliciousness the important takeaway message. Really fine feel. A touch of class here.”
Now the next set is ready to go. “The new releases are very similar in structure as the first release, yet the Chardonnay has a little more finesse from the 2017 vintage,” says Nick. “The Pinot, meanwhile, has a little more intensity, richness and gaminess of the 2016 vintage compared to 2015.”

2017 Irrewarra Chardonnay RRP $66
Complex nose where high-toned florals, along with white stone fruits, are juxtaposed against distinct lees influence and a little salty lick. That stone fruit spectrum opens up in the mouth where it’s more forceful and riper, but doesn’t move past only lightly yellow flavours. It’s pithy, and a little creamy, but tight and long to finish, with that saltiness again. – Sam Hooper, CellarHand

2016 Irrewarra Pinot Noir RRP $66
Vibrant and lifted, with a distinct light red, rhubarb and sour cherry fruit thing going on. Gives a nod towards sappiness, maybe a little char of oak, but alluring all the same. Layered and textural in the mouth, where the fruit is a little fleshier but still in the light red spectrum. But then there is undergrowth and turned earth, too. Though it’s fleshier in the mouth than the nose suggests, at all times the acid provides a tightly wound structure, supported by fine, powdery tannins. This is very good. – Sam Hooper, CellarHand