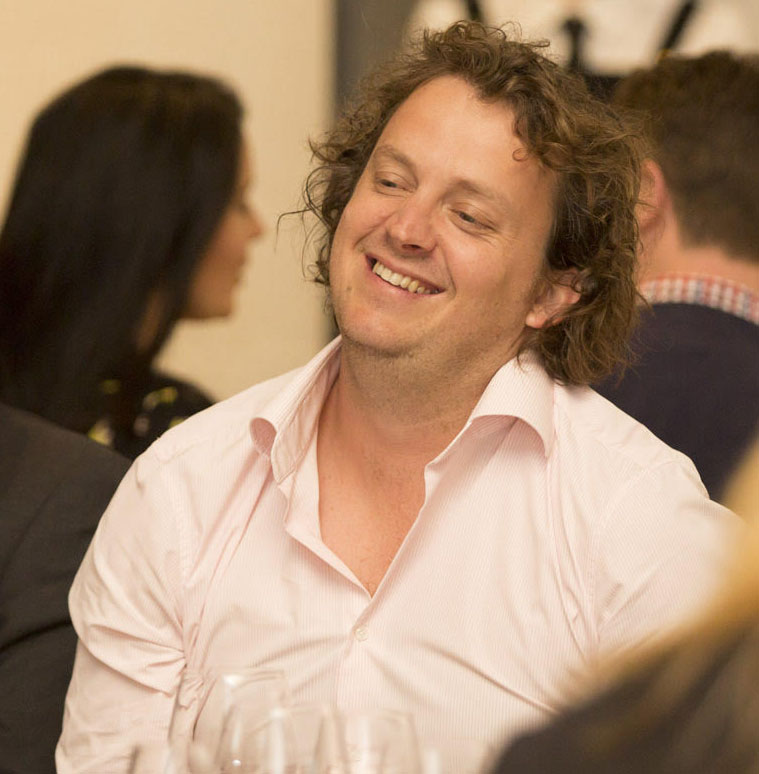 Nocturne is a husband-and-wife partnership between recently-crowned Jimmy Watson-winner Julian Langworthy and his wife Alana. The two met as young winemakers in South Australia and have been producing their own side-project wines together for 10 years.
Nocturne, however, is a serious new venture producing single-vineyard wines from exceptional sites in Margaret River. This is the region where Julian grew up and where he’s transformed Deep Woods Estate since becoming chief winemaker in 2011. In the process he’s won just about every prize imaginable, culminating in the 2016 Jimmy for his Reserve Cabernet.
Julian and Alana are smart, ambitious and acutely sensitive to the best fruit sources in the region – including their pride and joy, the newly acquired Sheoak Vineyard and its beautifully mature Cabernet vines. It’s a pleasure to commend to you these dazzlingly vibrant, stylish and engaging wines that are a real joy to drink.

2015 is the best Chardonnay vintage we have experienced in Margaret River. Despite a very warm January and generally early picking dates, the fruit largely had great flavour and amazingly vibrant acid levels. This is a 100% single-site wine from the Tassel Park Vineyard in the Treeton subregion of Margaret River. This tiny 0.37Ha vineyard is interplanted, somewhat unusually, with Western Australia’s classic gin gin clone and the Burgundy 277 clone. The gin gin affords great fruit weight and texture while the 277 has great acidity and mineral line. The vineyard is south-facing and is planted on deep, silver-grey sands. The picking date is generally very late compared to the rest of the region.
The fruit was handpicked on 22nd February and whole bunch-pressed directly to one new and one two-year-old puncheon, with no settling or fining processes. This juice was then carefully monitored and spontaneous fermentation kicked off on day three after pressing. After a five-week ferment the wine remained unsulphured on gross lees until November of that year.  It did not undergo malolactic fermentation. At that stage the wine was emptied from barrel, then settled, filtered and bottled.
It’s a spectacular site this one, making spectacular white wines. It’s generous in flavour and has oodles of personality.  That vibrant acidity chimes clear as a bell and an upper class accent from very expensive oak rounds it nicely. – Julian Langworthy
Baumé: 12.2; Alcohol: 13%; pH: 3.3; Total acidity 8.1g/L

What a nice wine it is too. It has spicy biscuity oak, a bit of struck match sulphide, and juicy white nectarine, fresh pineapple, and grapefruit. It delivers plenty of flavour, but with a certain delicacy, the acidity fine and cool, with chalky textural detail, and a long toasty spicy oak laden finish (though not too much). Classy. 94 points. Gary Walsh, The Wine Front February 2017

2016 was pretty idyllic for rosé production. Light, fine flavours became present in the fruit at low sugar levels allowing expressive, generous wines with the alcohol nicely in check. This is a 100% single-site wine from the Lentondelle Vineyard in the Carbanup subregion of Margaret River. It’s a flat, warm site with fertile, red sandy soils. The fruit was picked by hand on 3rd March at what would generally be considered perfect Chardonnay numbers.
It was whole bunch-pressed directly to old oak for fermentation as per high-end chardonnay production. The juice was fractionated into free-run and pressings but ultimately all of the fractions were used in the final blend. Fermentation was wild and no additions were made to this wine at all. After 10 weeks unsulphured in oak on gross lees, the wine was emptied from barrel, then settled, filtered, sulphured and bottled.
We’re extremely happy with the resulting wine. The texture and phenolic structure are highlights for us. We feel that, although extremely different from Bandol, this may be very ageworthy in a similar vein. That said, drink it on a boat, wearing white.  – Julian Langworthy
Baumé: 12.1; Alcohol: 12%; pH: 3.2; Total acidity: 8g/L

Nebbiolo picked for rosé and sent to old barrels. No additions aside SO2.
Cherry and the discreet perfume of a fine rosé. Light bodied, softly softly tangerine acidity, chalky texture, subtle earthiness and a long fresh finish, maybe some almond and fennel. It’s so vinous and flat out delicious. 94 points. Gary Walsh, The Wine Front March 2017

2015 was one of the more challenging Cabernet vintages in Margaret River of the last decade. Late phenolic ripeness coincided with an early break in the season and some wines lacked true ripeness and concentration. The best sites made very charming, medium-bodied wines as long as there was great attention in the vineyard and recognition by the winemaker that it was not a blockbuster year. This is a 100 % single-site wine from the Sheoak Vineyard in the Yallingup subregion of Margaret River. This beautifully mature, cane-pruned Cabernet vineyard is somewhat unusually planted in an east/west orientation on a south-facing slope, thus moderating a ripening period that might otherwise be too warm. The vineyard is also very close to the Indian Ocean (3km away), which has huge moderating effects on the temperature extremes. The soil is deep gravel over clay with some scattered granite.
The fruit was picked relatively early on 13th March with lovely vibrancy and red fruit flavours. The bunches were destemmed and the grapes fermented in 4.5-tonne static fermenters. After 15 days on skins and a peak ferment temperature of around 26 degrees Celsius, the wine was pressed to tank, settled briefly and transferred to a combination of new (25%) and two-year-old barrels to undergo malolactic fermentation.  The wine was racked only once during that time and was then, after 16 months in oak, emptied from barrel, settled , clarified and bottled unfiltered.
It’s a pretty wine and one of the highlights of a challenging vintage. The Sheoak Vineyard makes expressive, medium-bodied Cabernets that bear some resemblance to a modern version of a luncheon claret. We are the very happy new owners and this vineyard will be the beating heart of the Nocturne project. – Julian Langworthy
Baumé: 14.4; Alcohol: 13.5%; pH: 3.56; Total acidity: 6g/L

Generous proportions but maintains a neat medium weight feel. Soft, ripe fruit spreads well across the palate, cassis, blueberry, Provencale herbs, black pepper and some subtle, cedary wood tannin. The perfume is reserved, black currants, bay leaf, faint sea spray and tobacco-scented oak. The tannins build nicely, classily, to a secretive but defining pucker. Though fuller and less structured than some wines from around the region, this does have a certain elegant feel. 93 points. Mike Bennie, The Wine Front February 2017