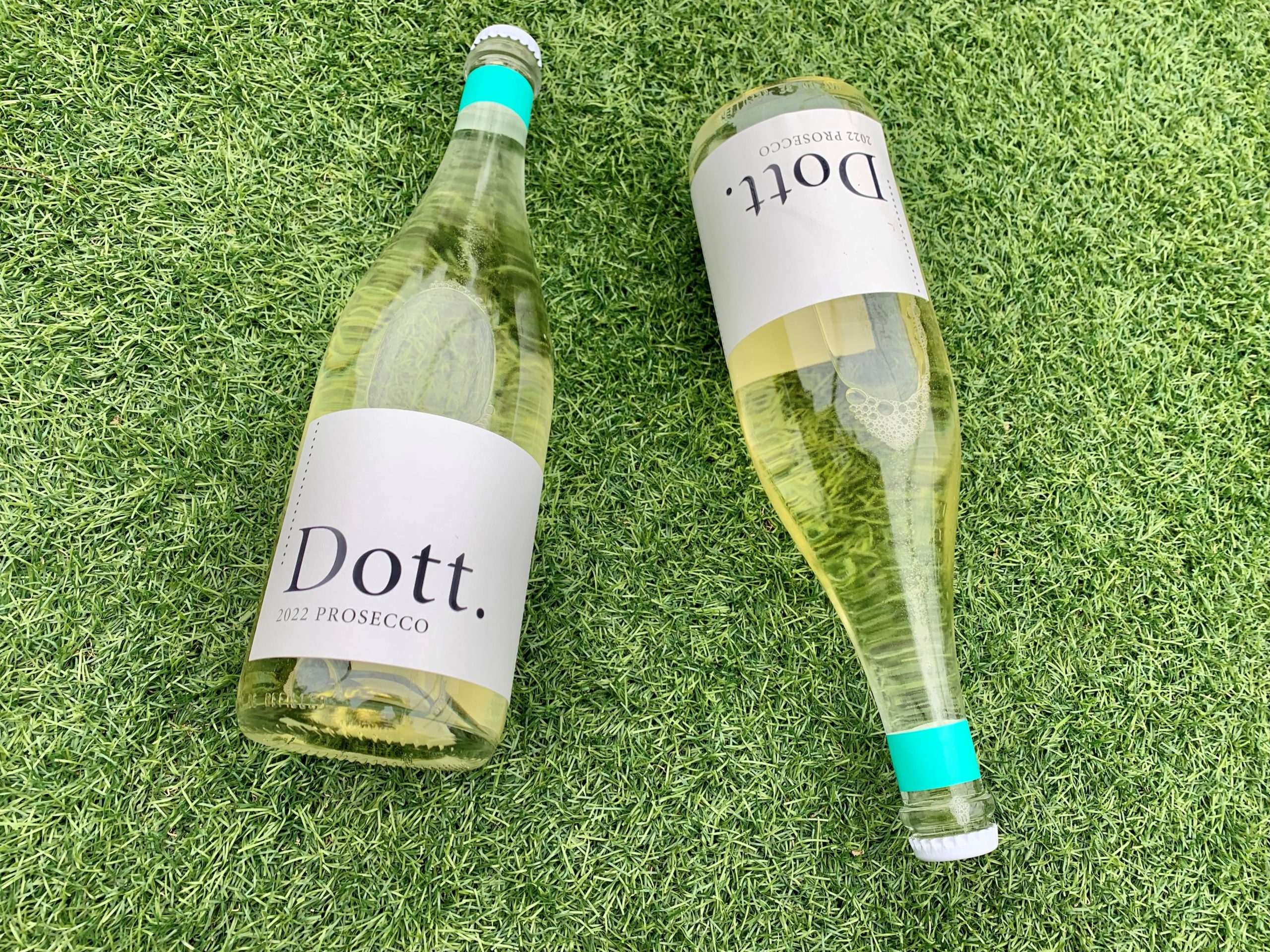 For a family that hangs its hat on innovation, Dott. is the extreme avant-garde.
The Chalmers family’s forward-looking celebration of the frontier of vine diversity is also a retrospective ovation for the late, great Dr. (“Dottore”, or Dott. for short) Rod Bonfiglioli.
He was the viticulturist whose extraordinary passion and vision helped paint Australia’s vinous landscape in all the bright colours of tomorrow, while all eyes were on the same old, Old-World prize.
He sought out these rare grapevines for the Chalmers’ ground-breaking nursery collection, seeing their promise long before anyone else did.
To the assorted northern Italian exotica of Pavana, Schioppettino, Malvasia Istriana and Ribolla Gialla we now add a more familiar friend from the Veneto: Prosecco.
Unbeknownst to most, the Prosecco vine was officially imported into Australia by the Chalmers family back in 1999 – long before its meteoric rise to global fame – thanks to Dr. Rod’s connection with the Vivai Cooperativi Rauscedo (VCR) vine nursery in Italy.
The rest, as they say, is… well, it’s the future.
These wines are a hugely exciting statement from the Chalmers family.

2022 Chalmers Dott. Prosecco RRP $27
Prosecco needs little introduction. It hails from the Veneto in the foothills between the Dolomite mountains and the Adriatic Sea near Venice in Northastern Italy. This attractive, appealing sparkling wine has historically been made in various sparkling wines methods, often made ‘Contadino’ style (col fondo), charmat, carbonated as well as still wine. Its popularity in recent years is for good reason, mostly due to its delicious and approachable nature.
Chalmers imported Prosecco through the Dr. Rod connection with VCR together with our first vine imports selected in 1998, decades before the variety and wine style had seen the international popularity it has today. It’s mid- to late-ripening behaviour is a benefit for our warmer climate
viticulture. Prosecco’s flavour ripeness at lower sugar levels as well as our sandy soils and limestone of the Murray Darling region vineyard promotes pristine and pure fruit flavours also favourable for crafting fresh, sparkling wine.
Our is Prosecco is typically harvested in mid-late February, over two separate harvests approximately 10 days apart to allow subtle complexities to the finished wine. The two individual harvests are pressed into stainless steel for cool, natural ferments on solids. After some maturation on fine lees in stainless steel it is bottled early in the year of production for ultimate freshness in bottle.
Dott. Prosecco is a refreshingly crisp and aromatic sparkling; fragrant and fruit forward with aromas of feijoa flower, green apple and lemon verbena. Pale in the glass with delicate fizz, this wine is drier than most Prosecco and has some gentle texture and a moreish finish.

2020 Chalmers Dott. Ribolla Gialla 500ml RRP $29
Ribolla Gialla, or Ribuele as it is now known in Italy, hails from Friuli. It’s the basis of a few cult wines coming from the area along the Slovenian border where it is often made on skins and sometimes in amphorae by winemakers who’ve inspired the recent growth of the natural wine movement. In other parts of Friuli it’s made as a crisp, clean and somewhat aromatic white wine along with, more recently, sparkling wines – piggy-backing on the success of neighbouring Veneto’s Prosecco.
Unlike the other Dott. varieties, Ribolla Gialla is a more recent import by the Chalmers family. Arriving out of quarantine in 2015. The reason it’s found its way into the range inspired by Dr Rod is that we applied lateral thinking in the decision to plant this grape at our northern Heathcote vineyard – a far cry from the climate conditions of Friuli. Being a thin-skinned grape, somewhat prone to botrytis, we figured the relatively dry and well-ventilated site would be a bonus. Also Ribolla has high natural acidity and ripens at lower sugar levels, another couple of great benefits for wine quality when growing in warmer areas.
Dott. Ribolla was hand-picked on 21st February, chilled overnight and whole bunch-pressed into stainless steel for a cool, natural fermentation on fine solids with no acid adjustment required. After maturation on fine lees in stainless steel it was hand-bottled, unfined and unfiltered, on site at Merbein in October 2020.
2020 Dott. Ribolla is pale lemon in the glass with aromas of feijoa, cucumber and botanicals. The palate hints at lime and toasted hazelnuts. While introducing itself as delicate, it’s more textural than you would imagine, with a pleasant phenolic grip more often associated with weightier wines. – Kim Chalmers

The Dott. series of alternative grapes brought into Australia by Chalmers is dedicated to the late Dr. Rod. Bonfiglioli, who encouraged the family in their pursuit of the new and unusual to this country. The grape grows in Friuli, Italy and Slovenia. Light straw hue. Delicate aromas of snow pea, apple, citrus and jasmine. It stretches out on the palate, extending its flavour reach to include muscat, nougat and dried pear, brought into line nicely by firm acidity. Makes a striking impression. 500ml. 92 points. Jeni Port, Halliday Wine Companion 2022

Considered the finest quality member of the vast Malvasia family, Malvasia Istriana hails from Friuli where it makes fine, elegant, aromatic and mineral wines. It is mainly grown on clay/lime soils at low elevation in Friuli but it is said to produce the best results in the free-draining gravelly plains of Friuli Grave or on harder hillside sites where the variety’s natural vigour is tamed.
Chalmers introduced a selection of Malvasia Istriana to Australia in the late 1990s, at about the same time that Bruce and Jenni Chalmers were enjoying wines from the grape with Dr. Rod and Stefano de Pieri at his restaurant and dreaming up a revolution in Australian wine. The first table wine was made from this clone by the Chalmers family in 2005; a passito dessert wine followed in 2009. After more encouraging results from the grape in the 2013 #bucketwine project Chalmers decided to plant Bonfiglioli block because it focuses on six north eastern Italian varieties which are a deviation from the mostly Mediterranean flavour of the Chalmers vineyard to date.
Dott. Malvasia Istriana was hand-picked, chilled overnight and whole bunch-pressed into stainless steel for a cool, natural fermentation on fine solids. After a short maturation in stainless steel it was hand bottled on site at Merbein in the late winter.
2018 Malvasia Istriana is golden straw coloured and has delicate spiced apple, lemon and hay aromas with a crisp, mineral palate of fresh cut red apple, fine structure and pleasant acidity. – Kim Chalmers

2018 Chalmers Dott. Pavana 500ml RRP $29
The rarest grape in the Chalmers collection, Pavana caught Dr. Rod’s attention during a mid-1990s tenure at Udine University. Only a handful of Pavana vineyards now remain in Italy, mostly in Valsugana which bridges Trentino and Veneto, but it was once widely planted in these areas when the region was part of Austria, where much of the Pavana wine was consumed. Being a pale, perfumed and herbal light red it wasn’t favoured by the Italian’s once the region passed to Italian rule so Pavana became unviable and was removed from most vineyards.
Pavana joined the Chalmers collection in 2000 but the first pretty, rosé-like super light red wines weren’t made from the nursery block until 2013-2015. The combination of the variety with the distinctive Heathcote soil influence has produced a more structured and darker wine, still retaining the charm and freshness so endearing in the project wines. The fact that this variety was singled out by Dr. Rod during the 1990s at a time when heavy, concentrated and oaked reds were in fashion is a testament to his foresight.
Dott Pavana was hand-picked on 28th February, chilled overnight then destemmed into an open fermenter for a whole-berry wild ferment. It was basket-pressed on 27th March and finished primary fermentation in stainless steel. After a nine-month maturation period in stainless steel it was hand-bottled on site at Merbein in February 2019.
The pretty, rich garnet-coloured 2018 Pavana has an intense fragrance of fresh wild raspberry, dried figs and Darjeeling tea leaves. The palate is vibrant with rhubarb, rosehip and geranium characters, plus a hint of that Heathcote charry note, backed by a subtle tannin structure around a long acid line. – Kim Chalmers

Almost extinct in the early 20th Century, Schioppettino was lovingly revived in the 1970s and now flourishes mostly in Prepotto along the Judrio Valley close to the Slovenian border in the warm, temperate and rainy Colli Orientali del Friuli. The delicate variety is prized for its overt and distinctive white pepper and spice notes and firm but fine tannins.
On a 2015 trip to visit Rauscedo nursery, Tennille and I were in a restaurant in Cividale del Friuli when we were approached by the President of the Association of Schioppettino producers of Prepotto. He’d overheard us speaking about the grape in English. A wonderful and inspiring exchange ensued with the local experts fascinated to hear of Australian Schioppettino and giving hearty approval for the selection of the Heathcote site as ‘perfect’ terroir and climate for their beloved grape, which needs good air drainage, warm days, cool nights and mineral soils.
Dott. Schioppettino was hand-picked on 13th March, chilled overnight then destemmed into an open fermenter for a whole-berry wild ferment. It was basket pressed on 2nd April into a combination of stainless steel and old French oak barrique. After a nine-month maturation period it was hand-bottled on site at Merbein in February 2019.
The 2018 Schioppettino is bursting with white pepper and Dutch speculaas spice aromas with a hint of jasmine and woodsy notes. The medium-bodied palate reiterates the anise, cinnamon and cardamom spices with cedar oil, blackcurrant and Davidson plum flavours. These are supported by medium-grain tannins, giving a lingering, dry finish. – Kim Chalmers