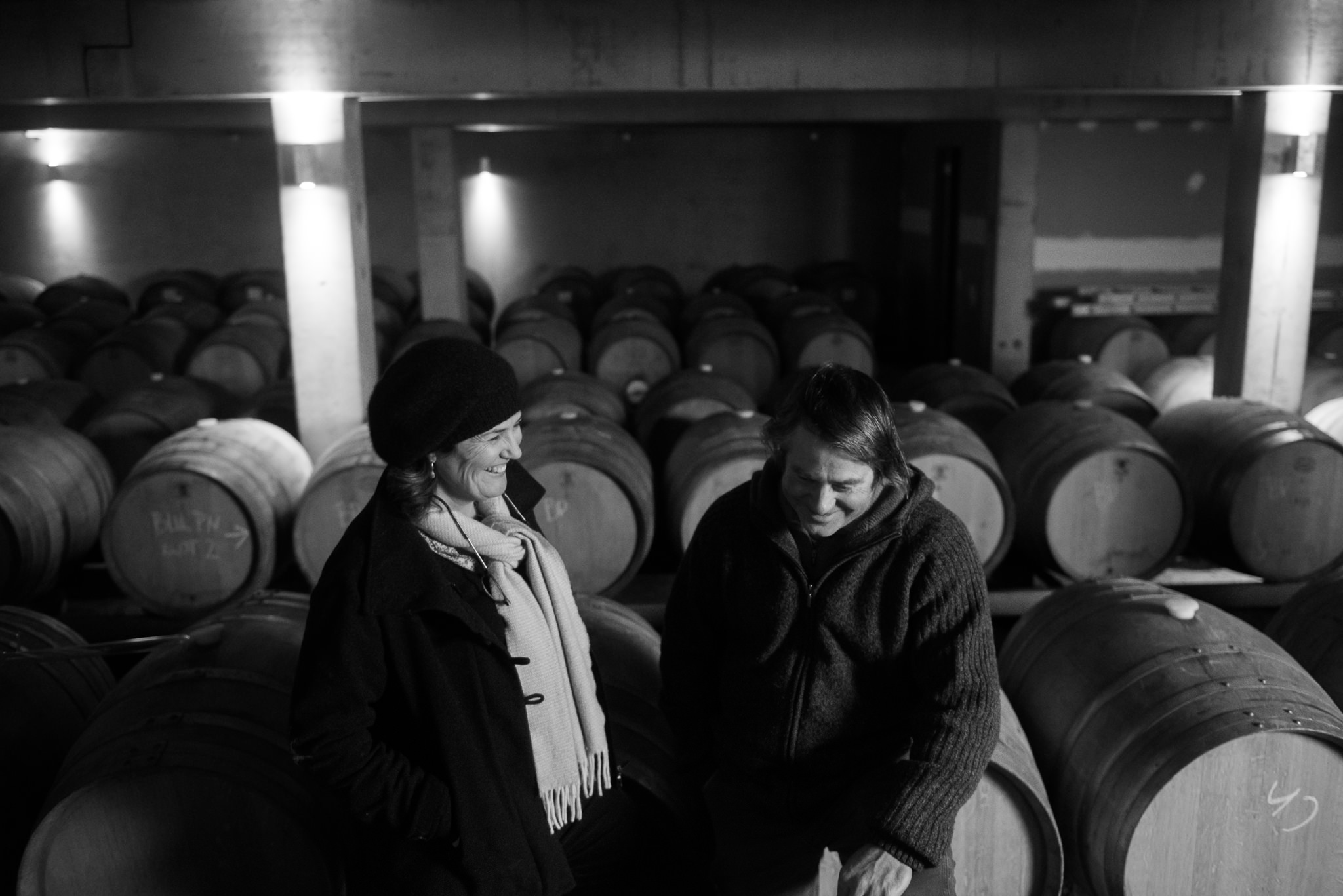 Brilliant news! Biodynamic Tasmanian estate Stefano Lubiana is now part of the CellarHand portfolio in New South Wales. Steve and Monique Lubiana – recently hailed by Mike Bennie as a member of Aussie wine’s vanguard – have cemented their position as one of Tasmania’s foremost, and most forward-looking, producers. Stefano Lubiana and CellarHand have enjoyed a fantastic partnership dating back to 2007, when we became the winery’s distributor in Victoria. Since then the relationship – and the estate – have gone from strength to strength.
Over this period, the Lubianas have had their beautiful vineyard on the banks of the Derwent certified biodynamic. They have refined their range, which centres upon clear, characterful expressions of Pinot Noir, Chardonnay and world-class Tasmanian sparkling wines.  They have continued to improve the vineyard and honed techniques in the winery, imbuing all the wines with greater texture and personality to make the most of the bright, natural acidity and transparent fruit that are the hallmark of Tasmania.
It’s nice to be able to kick off with show success, too, with Steve and Monique’s 2014 Stefano Lubiana Estate Pinot Noir snaring the Best Tasmanian Pinot Trophy at the prestigious International Wine Challenge in London. Their Estate Chardonnay from the same vintage also won IWC gold.
And while the London judges were fawning over the still wines, the sparklers were a standout throughout the 2016 Australian Sparkling Report by the country’s resident Champagne guru, Tyson Stelzer. The Lubianas had a runner-up wine in no fewer than four categories and were the second-equal best performer. Sadly three of those featured – the 2010 Brut Rosé, 2007 Grande Vintage and a 1996 vintage wine – have sold out. The good news is that we still have healthy stocks of the NV Stefano Lubiana Brut Reserve.

Steve and Monique Lubiana have recently extended their portfolio of beautifully refined sparkling wines from their Granton Estate in Tasmania’s Derwent Valley, and their NV blend remains rock solid. It’s a beautifully expressive chardonnay pinot noir blend that upholds the tension of the 2011 base vintage and deepens it with the red apple fruit and toasty, spicy complexity of 2009 and 2010 reserves, half of which have been aged in large Austrian oak barrels. The current blend is a 2013 disgorged cuvée released in 2014, making for a particularly toasty and honeyed style, finished off neatly with less than 8g/L dosage. 92 points. Tyson Stelzer, Australian Sparkling Report 2016