“Jay is a dude. He looks like a rock star, and in his spare time he is one,” wrote British wine writer of the winemaker behind Oregon estate J. Christopher Wines. He’s a proper good guitarist, and the fact that he has a hobby band called Vin Halen hints at a sense of humour that serves him well in a partnership with the other dude in this enterprise: Mosel Riesling legend Ernst Loosen. Jay and Erni struck up a friendship in the early 2000s, cemented over bottles of Burgundy during vintage in Bernkastel in 2004. Five years later this blossomed into a partnership, the two of them building a winery and planting a vineyard in in Oregon’s northern Willamette Valley, in the Chehalem Mountains AVA. 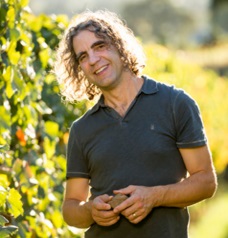 Jay bottled his first J. Christopher vintage in 1996 having gained previous experience at Adelsheim Vineyard and Cameron Winery in Oregon, as well as Dry Creek Vineyard in New Zealand. His quest from day one has been an unapologetically Burgundian one, applying a subtlety-seeking Côte d’Or aesthetic to various terroirs around the Willamette Valley. Biodynamic vineyard practices, spontaneous ferments, natural, slow malolactic fermentation in barrel and long élevage contribute alluring, earth-driven aromatics and extra texture.
2013 wasn’t the easiest vintage, with heavy rains around harvest upsetting the apple cart after what had been a very warm early growing season. “Keeping a cool head about rain is essential if you’re a Willamette winemaker,” says Jay with a rock star’s sangfroid. True to form, what flowed from the J. Christopher was restrained, soulful Pinot Noir that should have fans baying for an encore.

2013 J. Christopher Willamette Pinot Noir RRP $72
J. Christopher’s flagship wine is a classic Pinot Noir from the Willamette Valley, blended from excellent vineyards from several AVAs including the Dundee Hills, Chehalem Mountains and Eola-Amity Hills.
A very pretty wine that is very characteristic of the vintage. It has bright, pure red fruit aromatics and a juicy mid-palate grip. It’s delicately fruity with a fine texture and a freshening acid structure.

2013 J. Christopher Nuages Pinot Noir RRP $89
Named in tribute to one of Jay’s favourite gypsy jazz tunes, “Nuages” Pinot Noir is his Chehalem Mountains blend. Nuages (French for “clouds”) also pays homage to the moderating influence of Oregon’s autumn cloud cover, which slows ripening to allow for the long hang time that creates fully developed flavours.
This wine has an interesting, complex aroma that is stonier and more edgy than the Dundee Hills. Lush fruit in the attack leads to a full, rounded mid-palate, with a finish that is long, fine and juicy. The blend is predominantly Pommard clone from Lia’s vineyard, but also has a bit of the first crop from Erni and Jay’s own Appassionata vineyard.

2013 J. Christopher Sandra Adele Pinot Noir RRP $113
The J. Christopher Sandra Adele Pinot Noir is a cuvée named for Jay’s mother, Sandy. It is a blend of wines from two outstanding vineyards in the Dundee Hills AVA: Abbey Ridge and Charlie’s Vineyard.
Simply gorgeous, this is both dark and bright in the aroma, intense and delicate on the palate. As is typical of this cuvée, it combines an earthy depth with an ethereal, floral lightness. It’s delicate and fine, with the firm juicy acidity of the vintage, and a long, captivating finish. From Charlie’s, Abbey Ridge and a little bit of Baptista Maresh.

2012 J. Christopher Willamette Pinot Noir RRP $72
To call it entry level does not do justice to the quality here—this would be reserve level at many wineries. A generous mix of blueberry and black cherry fruit rolls seamlessly through the fruit-driven core, annotated with barrel notes of cola, coffee and cream. 91 points. Paul Gregutt, Wine Enthusiast June 2015

2011 J. Christopher Willamette Pinot Noir RRP $68
This blends together grapes from several vineyard sites in three AVAs. It opens with a bouquet of milk chocolate and mocha, leading to a tart cranberry flavor. There’s are hints of herb and bark in the finish. This is designed (successfully) as a fruit-driven, drink-now style of Oregon Pinot. 88 points. Paul Gregutt, Wine Enthusiast January 2014