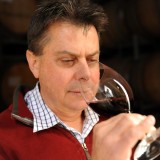 “The Balnaves family, Coonawarra and Cabernet Sauvignon are concentric circles, indivisible from one another,” declares James Halliday. So true: they’re Coonawarra to the core. Doug Balnaves and children Kirsty and Pete were all born in Penola and the winery sits at the heart of the famous Terra Rossa strip, where Doug started planting vines in 1976. Former Qantas Winemaker of the Year Pete Bissell is the other essential piece of the puzzle, helping this producer to the title of James Halliday Winery of the Year in 2008. The Chardonnay is consistently among the region’s best, while The Blend – a wine with “a long and proud history of over-delivering” according to Halliday – sets the tone for reds that are everything that they should be and more. They culminate with The Tally, an opulent but beautifully balanced Cabernet richly deserving of its "outstanding" rating in Langton's classification of Australian wine.