After Gerhard Pittnauer's very successful pétillant naturel experience with the 2015 vintage, he decided to go on with the idea of a natural sparkling wine in 2016. It worked out as a wonderful vintage for it.
The rosé comes from parcels with red wine grapes in conversion to biodynamic viticulture, mainly Syrah and Merlot. The team picked the grapes by hand in early September, on the first day of harvest 2016. The grapes were pressed as whole bunches and the juice was settled overnight (about ten hours) with no additives. The juice was racked in the morning after pressing. Spontaneous fermentation started two days after pressing. From then on they did a daily tasting and checking of the density to get information about the progress of fermentation.
Pitt Nat Rosé 2016 was bottled at a density between 1008 and 1005 and ended its fermentation in bottle. Gerhard did a warm disgorging by hand in December, to get rid of the main lees and to avoid foaming over after opening the bottles. He used the same wine for topping.
To show that the product is Pet-Nat, not traditional sparkling wine, the Pittnauers used crown seal as the closure again and left some of the lees inside the bottles. This light cloudiness helps to preserve the freshness of that wine, because it is preservative free. 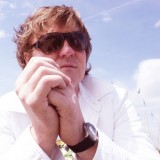