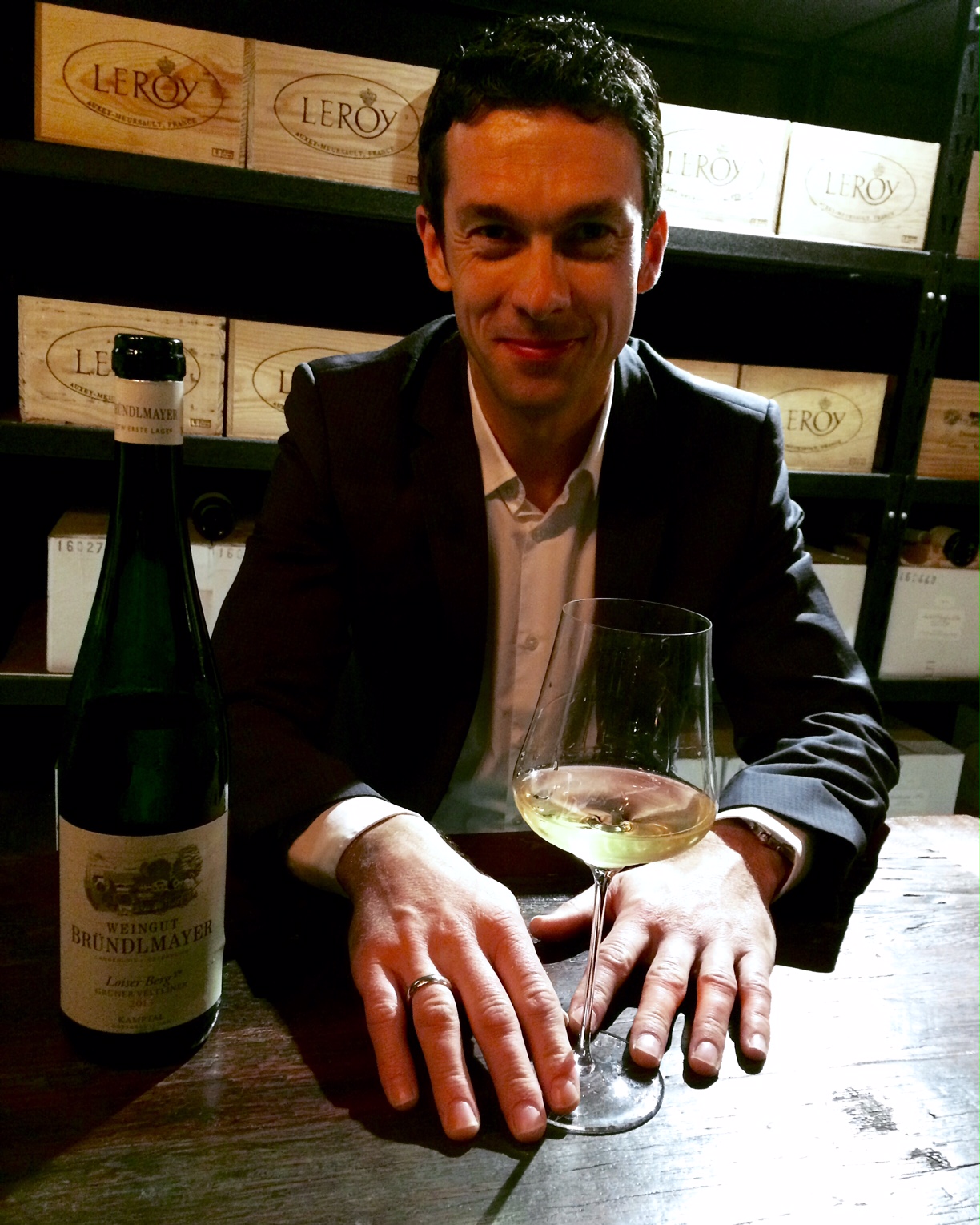 What makes Austria such a mouth-watering proposition for the winelover?
If anyone’s qualified to answer that, it’s Andreas Wickhoff MW. Andreas is managing director of Bründlmayer, the Kamptal estate Jancis Robinson calls “a beacon for Austrian wine”. A former sommelier, he gained his WSET Diploma in Wine & Spirits in 2005 and a handful of years later became a Master of Wine, giving him a super sense of how things sit, in terms of quality and style, in a global fine wine context. He also served for more than a decade as managing director of Premium Estates of Austria, where he represented some of the finest producers in the Kamptal, Wien, Thermenregion, Burgenland and Styria.
CellarHand’s Ed Merrison sat down with Andreas to get the lowdown on his homeland’s high points.

Andreas Wickhoff MW: Riesling from Austria, in broad terms, is in many cases not massively far from really juicy Rieslings from the Eden Valley. It’s not easy to pin it down, though, because the grape itself is so versatile and can be made at all quality levels and in a wide range of styles. The great thing about Riesling is its sense of place, its “somewhereness” – the way it develops a distinctive local character. Austrian Rieslings generally display great vivacity and liveliness, which makes them excellent food companions. They’re great for cutting through the fat in our local fare, and also with Asian-influenced dishes with some spice. The acidity is accompanied by either citrus and lime characters or deeper stone fruit characters like apricot and, rarely, exotic fruit. The vast majority of our Rieslings are dry with good weight but always a great deal of delicacy underneath. Like I say, great food partners but some Erste Lagen wines might just be so good as to drink them by themselves. I think overall we’re capable of producing wines of outstanding quality, intensity and length.

CH: What about Grüner Veltliner?

AW: Grüner has the capacity to match food other varieties have a problem with: all sorts of green vegetables such as artichoke, asparagus, green beans and peas. The distinctive spicy and peppery notes shall not be missed along with its often green appley, pear-like characters. Grüner is often also just cheerful, joyful – it does not always have to be the most complex wine. Again, the diversity of styles allows it to go with many different types of cuisine. In Austria, medium- to full-bodied Grüners are often matched with our traditional Wiener Schnitzel (crumbed veal) and parsley potatoes or lake fish such as trout or pike-perch. However, again, spicy food is also superbly suitable with Grüner Veltliner. Aged Grüner with a bit of large oak cask maturation can be a great substitute for white Burgundies.

CH: How do these wines differ according to where they’re grown?

AW: Regions do have their own typical characteristics. Wachau to me tends to offer a broader, richer, textural style for both Grüner and Riesling, but often with the complexity and tension to make them great wines of our land. Once you go towards the Spitzer Graben, the wines become even more saline and cooler due to the northerly breezes from the wooded hills of the Waldviertel. Kremstal sits between Wachau and Kamptal and, I think, displays lots of homogeneity. The wines are very balanced, and these vineyards provide depth and character, thanks to a greater preponderance of loess. Some westerly vineyards towards the Wachau might appear a bit more meagre while you have lots of loess and gravel above the town of Krems.
Kamptal has that cool-climate influx from the northerly Bohemian mass where we also got the loess soil from and will receive some Pannonian influx from the east towards Kammern. For me, Kamptal Grüner Veltliner often offers lots of fresh green apples, great spice and liveliness while the Riesling from the gneiss-based soils will give great saline characters on the palate.

CH: How do those differences manifest themselves in Bründlmayer’s wines from the Kamptal?

AW: Bründlmayer’s most westerly vineyards – Berg Vogelsang and Loiserberg – bring out salty, crystal-clear Grüners off mica-schist, while Lamm, our most easterly Grüner vineyard that sits on chalky clay, often displays the greatest concentration, density and depth.
The same goes for Riesling. Steinmassel, on poor rocky soils, gives you great liveliness paired with pronounced stone fruit elements while Zöbinger Heiligenstein – with its 250 million-year-old desert sandstone soil, its aspect and slope – has all the prerequisites to produce Riesling of outstanding character and superb finesse allied to density and persistence. I often get a smoky spice alongside this beautiful apricot character at Heiligenstein. 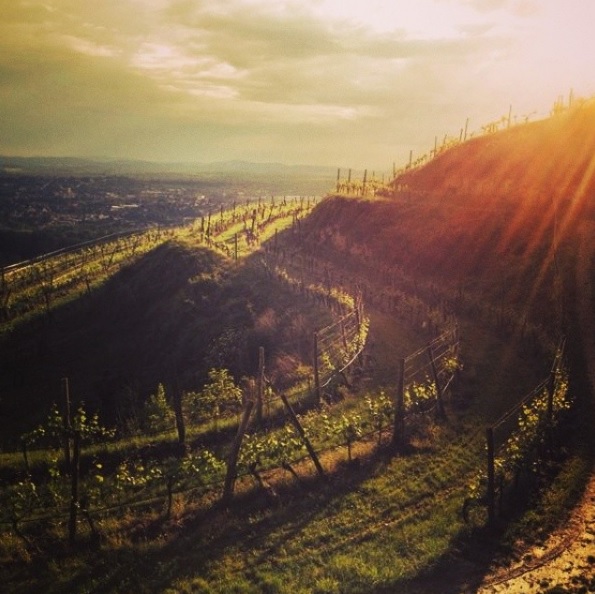 CH: Do you see the Weinviertel as another region to look out for?

AW: The Weinviertel is big, as you know, so you can’t generalise. To put it in an Aussie context, it’s almost like asking “What about South East Australia?”! What has happened over the years is that smaller, quality-focused producers have emerged. Names like Zillinger, Ebner-Ebenauer and Ingrid Groiss have made some really exciting wines from this vast region. I guess these have helped up its recognition, both domestically and on the international scene.
I visited several Weinviertel vineyards this last harvest as we got some grapes for our Sekt from there, and I believe the homogenous, loess-based vineyards make sound wines with good balance and enough fruit to counteract the elevated acidity. I also reckon there are some vineyards that really do have what it takes to make great wines – but given the overall size of the region, these are rather marginal.

CH: Returning to the Kamptal, how would you sum up the Bründlmayer philosophy?

AW: Ha! That’s a tricky one. I believe there’s been a slight change in our style starting with the 2013 vintage. It’s even clearer with the 2014 and 2015 wines. It’s nothing drastic but we’ve really zeroed in on producing best-quality, healthy grapes. That means total focus on the work in the vineyard, where we moved to full organic farming in mid-2015. The result is an even purer, cleaner style, especially with our top-level wines. Looking at the 2015 Erste Lagen wines, I’m convinced we’ve made really complex, layered and balanced wines – combining complexity, elegance, finesse and persistence is what we aim at. It’s a great thing that we have such wealth of knowledge in the guise of Willi and Edwige Bründlmayer, but then also the new energy and vibe. Willi’s son Vincent is our young, but already highly experienced, “creative director” with lots of new ideas in his head; we have another young, energetic and knowledgeable vineyard manager from our town; there’s a precise, focused yet open-minded cellarmaster in his mid-30s; plus there’s me as sort of mid-aged new-kid-on-the-block. All this makes for a unique philosophy that goes on evolving.
My favourite wines among recent and current releases are the Sekt Extra Brut, 2014 and 2015 Vincent’s Spiegel Grüner Veltliner, 2015 Käferberg Grüner Veltliner, 2015 Heiligenstein Lyra Riesling and 2014 Heiligenstein Alte Reben Riesling. I’m also loving the Pinot Noir such as the 2014 from the Dechant vineyard, and the 2013 Pinot Noir Reserve – which will be surpassed, I’m sure, by the 2015. 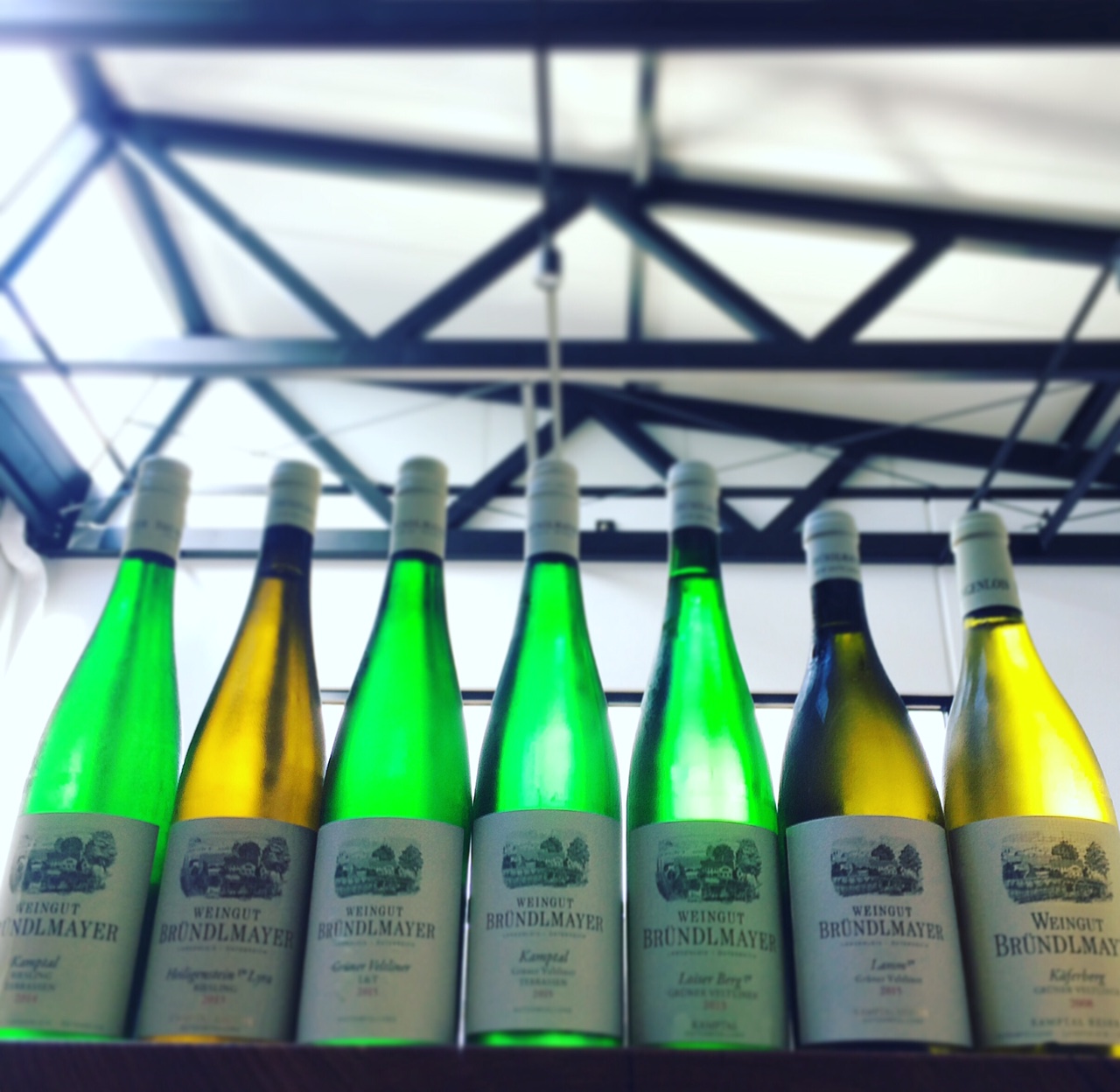 CH: What’s your honest assessment of the state of play with Austrian wine?

AW: Austria has seen a shift over the past years, away from simply fruit-driven, richer, “friendly” wines to a more focused, pure and crisp style. Producers are bringing out the freshness and liveliness of the wines, and I think it will continue to go in that direction. This is true for everyday wines but also for the upper tier. For the single-vineyard whites, we’ve seen slightly longer skin-contact times, following what I call the “slow wine” movement. So a few more structural elements might come into play here and there with the whites. New oak has become less prominent in reds in order to emphasise purity of fruit and sense of place. There are great examples coming from Leithaberg, for instance.
Of course we still have a wide array of wines, especially in Austria’s many retail markets, which are dominated by fruitiness, a touch higher residual sugar – especially in the reds – and an emphasis on approachability.
Overall, though, I think Austria has been making exciting strides in the right direction in terms of quality and style, realising a clear aim to increase authenticity.